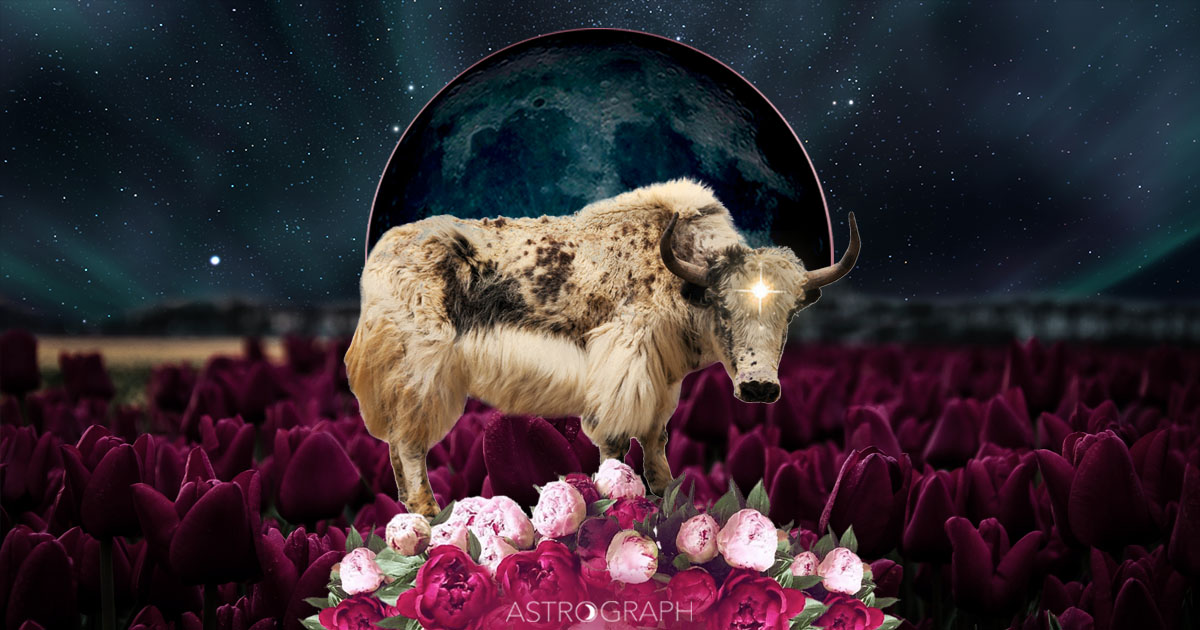 A New Moon of Enlightened Change and Natural Evolution

Posted on April 21, 2020 in Configurations |
By Henry Seltzer for ASTROGRAPH Horoscopes

Wednesday’s New Moon, taking place on the evening of Earth Day, April 22nd, at 7:26 PM on the west coast, late evening to early morning the 23rd for the east coast and Europe, is another dynamic lunation, featuring Uranus in Taurus, conjuncted by the Sun and Moon, and also Pluto in Capricorn, which is conjunct Jupiter, square Eris in Aries, and also – on the other side of the zodiac – square to Haumea, another of these new “dwarf” planets, and one representing profound connection to Nature. More details on this important T-square to Jupiter-Pluto in the paragraphs that follow. The New Moon itself, because taking place in the Earth sign of Taurus, is redolent of the springtime renewal of earth’s energies, and signals an impatience to be getting on with something of greater interest and significance than passively waiting for better testing and treatment of the coronavirus pandemic that over the past two months has so gripped the world. We can see the protests to continued sheltering in place happening in various cities. Inside each of our hearts is this call to novelty and adventure, especially with Uranus only a few degrees away from the burgeoning New Moon energy. Let me hasten to add that I am not in any way advocating for moving faster with opening up the economy than makes sense for the public health, in containing the rampant and widely spreading infection of Covid-19. This must, in fact, likely proceed far more slowly that anyone would like it to, affecting even areas that have tried to avoid the social isolation that has been a major key to slowing the spread, or “flattening the curve” of the infection. I am merely indicating that impatience with stay-at-home is likely to become even more pronounced in the coming weeks of this new lunation cycle originating with this volatile New Moon. With both Uranus and Pluto thus highlighted, we might also be reminded now of the Uranus-Pluto opening square, powerfully activated all last decade and still relevant in its relatively slow gestation of new communal forms beginning to emerge into the mainstream. This astrological factor is not as potent in 2020 as formerly, but is still an important consideration, as we continue to evolve collectively and individually into an uncertain future. This 21st century is fraught with massive social change, as we are now seeing, plus with regard to the ever-present advance of climate change looming, and with an ever-increasing awareness of how this factor may come to dominate our societal evolution.

The message of Uranus-Pluto is actually just that, that the society must continue to evolve along new lines, following the rule of Nature itself that everything that is living must change or die. The change might be an advance or a retreat, but change itself is never stifled. The mistakes and triumphs of the sizzling sixties, when Uranus and Pluto were conjunct as this current cycle of their interaction began, are finding their way into our present understanding with the additional awareness that the ideals so prevalent at that time must prove themselves viable in terms of mainstream society, and not just for a fringe group of starry-eyed dreamers. Can peace, love, and harmony actually prevail? Can we feed the world’s hungry and place flowers in the barrels of the increasingly powerful guns? Can we overcome the atavistic fear of people who radically differ from ourselves?

As for the T-square that points to Pluto in this present New Moon configuration, this involves new planetary archetypes that are only now swimming into view. Eris, a Feminine Warrior archetype in support of soul intention, implies taking a strong stand for what you most deeply believe, while Haumea, named for the protean and ever-changing creation Goddess of the original culture of Hawai’I, represents profound connection to Nature, love of our earthly environment, to be seen as a spiritual path, and the natural charisma deriving from these blessings. Opposed by Eris, and in near exact square to Jupiter-Pluto at 25-26 of Capricorn, this archetype in combination with the other three suggests that our society is in a process of profound transformation, with a vastly different future awaiting us, and that the way through depends upon each and every one of us taking our individual power, standing up and taking action, drastic if necessary, for what we most deeply believe, in adherence to Natural Law. For too long we have ignored the deep significance of the Earth, and our natural environment, in all that we do to profit and to advance ourselves. No more. The very future of our continued existence on our planet depends upon this.

The Sabian Symbol for this New Moon presents another point of view on our current evolution that we might be able to discern, if we are able to lift our gaze away from present worries over the social and economic woes we are currently facing to the profoundly philosophical. It is, for the Sun and Moon in the fourth degree of Taurus, “The rainbow’s pot of gold.” Marc Edmund Jones, who caused these symbols to be created in the 1920’s, nearly a century ago now, remarks upon, “the true incentives of an outer and physical world, and of the rewards which are guaranteed by an eternal covenant between individuality and the universal matrix of life itself.” He goes on to reference the concept of faith, a keyword for Jupiter, stating that there is possible “an inner assurance which enables man (and woman) to hold steady in every course of his or her choosing.” And this is truly what we all need, amidst these trials and the testing of our patience; the fundamental faith that the universe is on our side and that, in the end, and in accordance with what makes sense in terms of our sacred pact with Nature, we will ultimately prevail. 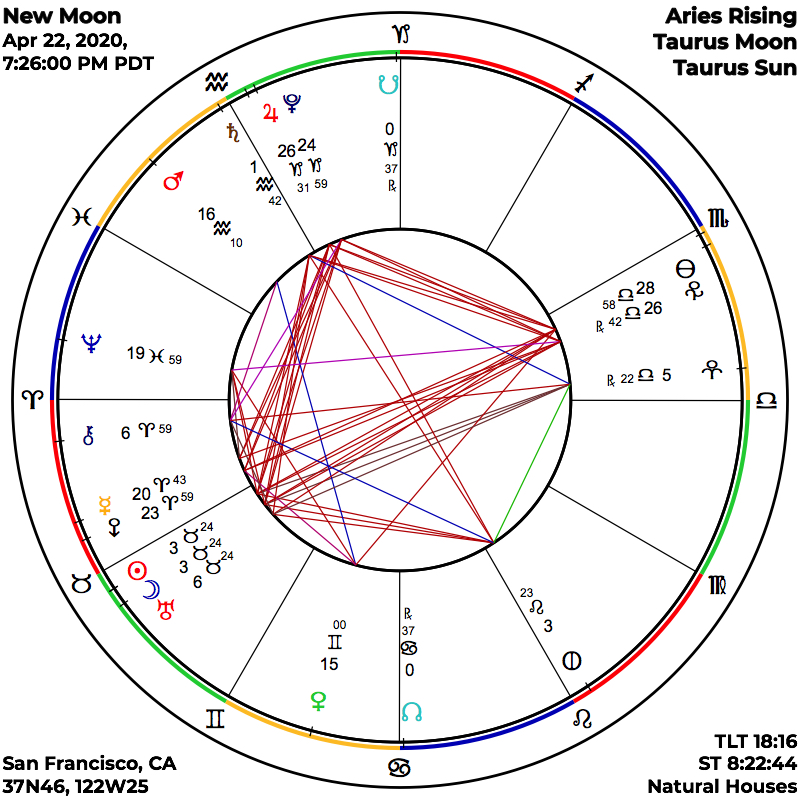