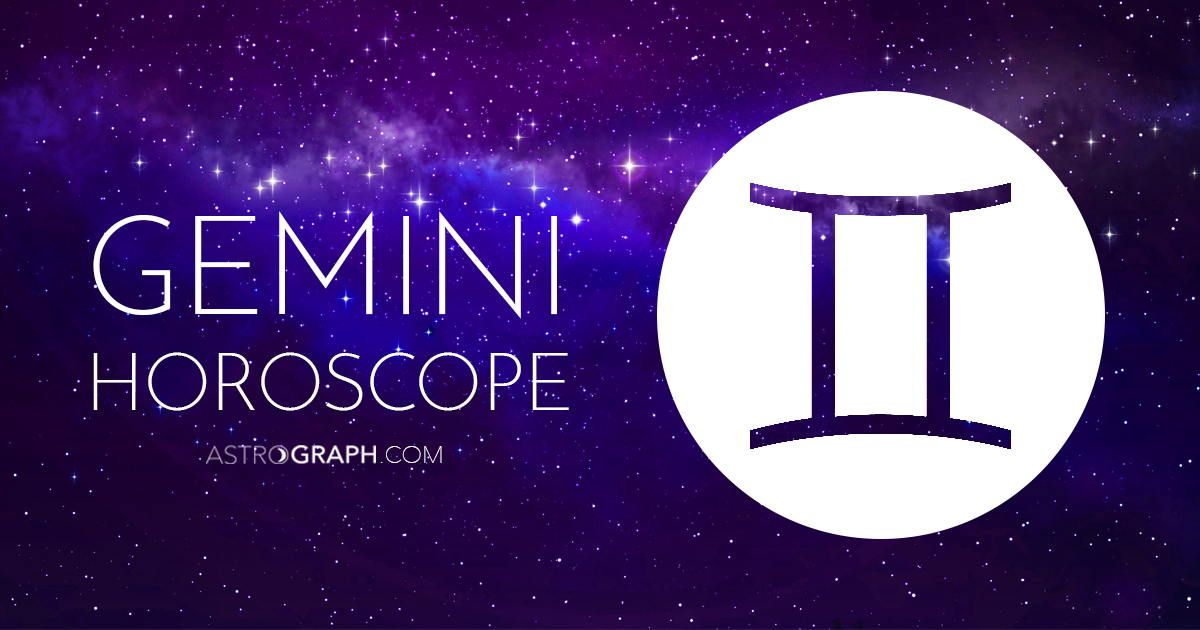 Posted on July 30, 2021 in Gemini |
By Henry Seltzer and Elodie St-Onge-Aubut for ASTROGRAPH Horoscopes

You are feeling into new modes of thought and action, Gemini, and it is important to stay loose and thoughtfully contemplate your possibilities. Mere reasoning could turn out to be a false mode of advancement if taken straight, so that you might need to go by a less ordinary mode of trusting your gut feelings. Even so, communication is the name of your game, and you could find yourself speaking profoundly and with commitment about philosophical or educational matters, or else mediating internally with serious intention. You are coming into yourself in new ways, and have tons of intuition in so doing, so that you benefit from denying logic its entire sway over your process. You are seeking new essentially spiritual destinations for your future unfoldment. In work or career choices, only the path with heart will fully appeal to you now. You have a great tendency to idealize or perhaps over-idealize, which could lead to self-deception or outright deception by others. You benefit from going slowly and with discernment. Your inner world is very alive to you now, as you fundamentally transform.

The New Moon in Cancer from July 9th may have brought you to some new intentions surrounding your values, your finances, or the details of the way you manage your money. As the month begins, you are still riding that wave and you might be undergoing a shift of perspective regarding what you want and what you value. Relationships and the way that you communicate with others in general are also in flux as August begins.

With Jupiter recently transiting in Pisces, you might also have been contemplating new career opportunities or avenues. Jupiter just reentering Aquarius at the end of July could shift that focus back to a waiting game, to be continued when Jupiter regains the lost ground of his retrograde motion and returns to Pisces at the end of the year. Also, during these last months of summer, an academic journey or a learning process could become more attractive corresponding to Jupiter’s presence in Aquarius. You may have to first revise what you know before you can feel comfortable taking a leap of faith. Partners also could have been a part of what you have been contemplating for your career direction previously, to resume in January of next year.

On August 1st, as well, there is a powerful moment that only lasts a day or so. The superior conjunction between Mercury, your ruler, and the Sun, known as a Cazimi, and opposite Saturn, implies that you are facing a turning point with respect how you see your place in the world and how sure you are of your beliefs. Mercury sitting on the solar throne is also thought to bring a moment of clarity related to topics that emerged on the inferior conjunction which in this case, occurred mid-June. This could relate to a broad topic you are trying to integrate into its practical applications. Saturn in Aquarius, sitting in opposition to this Cazimi, acts as the stern teacher testing your skills and knowledge. You may feel like you don’t know enough on a particular topic and feel pressured to step up your game.

Messenger planet Mercury is moving fast at the beginning of August, covering a lot of ground in the sign of Leo, which may translate as increased back-and-forth communications and general business. Mercury squares Uranus on the 3rd, which could highlight some internal anxiety or excitability and you could feel more talkative than usual.

On August 8th, the Leo New Moon signals the beginning of a new cycle in the part of your chart that relates to communication and learning. A lot of what you have learned in the last year could start to feel easier to communicate and this could be the beginning of a period where you are able to really hone your skills. In the days leading up to this New Moon, the building energy also stimulates a renewed sense of deep intuition that you benefit from allowing to give you information of a different sort than mere logic will supply. You are tuning in to all that you hold inside.

The second week of August brings a host of interesting configurations that can be positive albeit impractical. Mercury in Leo opposing Jupiter in Aquarius could bring a tendency for exaggeration or inflated expectations, especially when it comes to communicating directly with others. You will want to stay mindful of what’s motivating you at this time and avoid gossip that serves no real purpose. This is especially so since Venus in Virgo opposes Neptune in Pisces around the same time, blurring the line between facts and fiction.

Venus enters Libra on the 15th where she will grace your creative and romantic sector until September 10th bringing a consolidating influence for what you are passionate about.

A second Full Moon in Aquarius takes place on the 22nd, the first one having occurred right at the beginning of the sign, 30 days back in July. This time the Full Moon is conjunct Jupiter which may bring a culmination for an educational journey. Teaching and learning feature strongly and this period may indicate a time of deeper integration for the material you have been studying and where you can combine your passion with a greater sense of direction.

The Sun enters Virgo a few hours later, joining Mercury and Mars already transiting in your home sector emphasizing your personal life and your family. You may be more inclined to spend time at home or carve familiarity and be inclined to organize your personal space to make it more functional. Home projects and renovations may feature in the following weeks and its a good time to make your living arrangement more comfortable.

The last ten days of August should prove to be a stabilizing influence and a time of integration for what you feel passionate about. You will be reflecting on how these things fit into your overall career trajectory. You may be over-idealizing a method or a way of thinking and yet it's also the idealization of something that is guiding you towards the realization of your dreams.

Mercury enters Libra on the 29th joining Venus already transiting there and emphasizing your passions, your creativity, and your need for joy. Pleasure may be paramount to you in the following weeks and following your bliss could feel like a full time philosophical quest. You may be wondering how to spend all your time doing only what you love – and the following weeks could slowly reveal clues on how to do exactly that.

The Astrology of August 2021 The Sun is in Leo

The Last Quarter Moon is in Gemini: All day Next Mercury Retrograde
Sep 26 - Oct 18 Other Announcements
Last updated August 3, 2021