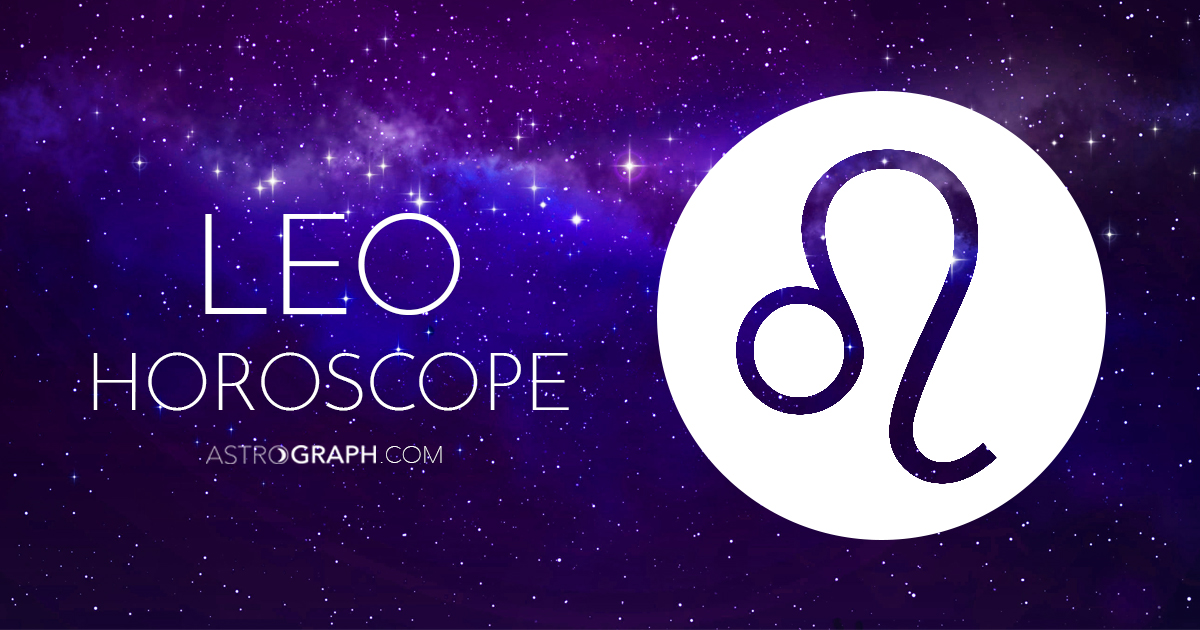 Posted on May 31, 2020 in Leo |
By Henry Seltzer and Elodie St-Onge-Aubut for ASTROGRAPH Horoscopes

This month possesses a huge factor of interiority for you, Leo, reminding you that by slowing down, you become more internally aware. You might ask the question: “what is the higher purpose of stay-at-home?” And the answer would be quite independent of all the various theories of healthy behavior that abound. The astrological indications are many, including a powerful presence of numinous Neptune; Mercury in Cancer turning retrograde mid-month, therefore – for you – signalling introspection regarding dream realities, unconscious realms, and productive inner work; Chiron, The Wounded Healer, that is also currently quite active in relation to your expanding worldview. All this symbolism relates to a determination to take self-investigation to the limit, attempting to fathom the way your psychological patterns spur you on, or hold you back, from relating to important others in your life. With the extremely potent Solstice eclipse and New Moon of June 20th, this interior focus becomes greatly magnified, giving you a glimpse, amidst dire circumstances, of an inner heaven of your own making.


Summer is almost here and you are in the mood to go out and have fun. The Sun and Venus in Gemini in your social sector is opening up cool dialogues with others. New ideas are emerging, and friendships are supplying you with the support you need. Whether this assistance is financial or emotional, your networking abilities are connecting you with the right people. A process that began in early May when Venus first entered Gemini is almost ready to be implemented. However, with Venus moving retrograde you have to contend with a few logistical issues before you are able to go ahead with your plans. Venus retrograde conjunct the Sun on June 3rd may serve you in clarifying your next best move, which might also involve some negotiation.

The Full Moon in Sagittarius taking place on June 5th is the first eclipse on the Sagittarius-Gemini axis since the Nodes of the Moon have changed signs. This penumbral lunar eclipse takes place in mid-Sagittarius, triggering themes around your creative or romantic projects. Sagittarius is a sign associated with potentiality. This Jupiter-ruled sign is about believing in what hasn’t occurred yet, and what remains to be birthed. The most optimistic sign of the zodiac, Sagittarius aims for hopeful perspectives, and the ability to say yes to the unmanifest. Jupiter retrograde in Capricorn rules the Sagittarius lunar eclipse calling your attention on the immediate details of your existence, and the work that needs to be accomplished. This is not the unbounded pasture where Jupiter likes to roam freely. Jupiter in Capricorn in your work and health sector is calling for the application of a disciplined, reasonable, and pragmatic approach to your creative and romantic visions. This Full Moon in Sagittarius/lunar eclipse could also bring realizations around your work and health routines. Prioritizing your body will ensure that you are actually able to accomplish everything on your list. Make sure to schedule some time off, especially if you are working for yourself. Optimal health and productivity are closely connected. Mercury in Cancer sextiles Uranus on the same day bringing surprising insights or ideas in connection with a career goal.

During the second week of June, the Sun in Gemini square Mars and Neptune in Pisces could bring up tensions regarding unknown factors or elements that are currently outside of your control. Your best approach until the Last Quarter Moon in Pisces on the late evening of June 12th is to focus on what you CAN control. Over-thinking could aggravate your state of mind. Let go of a desired outcome and manage any anxiety that arises with breathing and mindfulness. Your inner workings and what underlies some of your fears could also become clearly visible allowing you to deal with unruly anxiety in a more productive way.

Mercury stations retrograde in Cancer on the late evening of June 17th and will be moving backward until July 12th. This will be an excellent time to slow down in order to assess your overall financial and social direction. A time of reflection will help you clarify your objectives but also the roles you play in your community. More extensively, Mercury Retrograde could carry insights on how you can benefit financially from the many talents you have to offer – so pay attention in the next few weeks!

The Sun enters the sign of Cancer on June 20th signalling the beginning of summer in the Northern Hemisphere. A few hours later a solar eclipse occurs when the Moon enters Cancer and meets with the Sun. This annular solar eclipse is the last one in Cancer from a series that began in July 2018. This solar eclipse is a potent one as it sits at the zero degree point marking the Summer Solstice, and the longest day of the year in the Northern Hemisphere. A cycle comes to a close, and a new one begins in connection with your needs for nurturing, safety, and inner work. You have come to understand some very important things about yourself in the last two years when it comes to vulnerability. Learning to be more receptive is a never-ending process that takes you closer to accepting the part of yourself that craves nurturance. There is no shame in being soft even if your pride often keeps you from showing it. The Sun transiting in Cancer for the next month illuminates clearly how far you have come in these matters.

Venus stations direct in the sign of Gemini on the late evening of June 24th and Mars enters Aries on June 27th, sextiling Saturn. Get ready for the pace of things to both increase and run into unexpected slow-downs in this end-of-the-month timing. Options are opening up and allowing you to aim further. Mars in the Fire sign of Aries for the next six months will lend its support to your sign and give you the courage to follow through with some of the big visions you have been having lately.


With the massive changes that are happening now, I highly recommend that folks get a transit report tailored specifically to their chart for the most accurate description of what's in store for you in the months ahead.