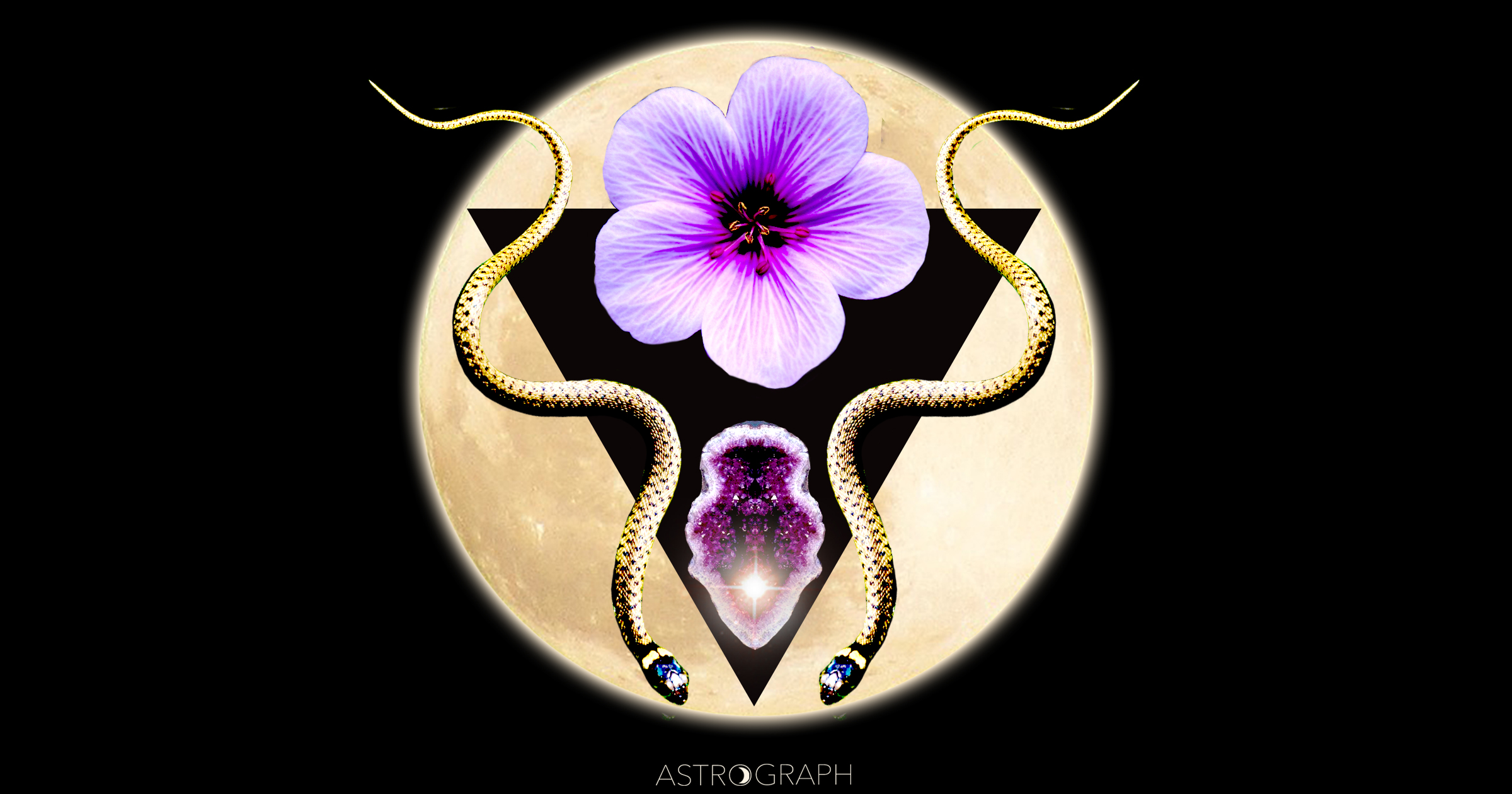 A Full Moon of Illusion, High Hopes, and Transformational Process

Posted on May 6, 2020 in Configurations |
By Henry Seltzer for ASTROGRAPH Horoscopes

Thursday morning’s Full Moon in Scorpio, taking place early on May 7th and occupying the opposite sign from the Taurus Sun, creates a natural condition of fulfillment in the lunation cycle that began last month with the Earth Day New Moon that also featured a prominent placement of transformationally oriented Pluto, conjunct Jupiter. In this current Full Moon lunation, Pluto, now retrograde, occupies the exact same degree as two weeks prior, with Jupiter close by. Jupiter is getting ready to station to retrograde motion as well, in a week, just in time for the rather climactic Last Quarter Moon of May 14th, again emphasizing Jupiter-Pluto. We therefore have a month of May with strong transformational impact, as was April before it, and this is consistent with what we see all around us in the zeitgeist, with the new coronavirus barely contained, world wide, and especially virulent here in the United States. The federal government is advising that the country re-open, some say prematurely, and the government itself is admitting that US deaths could climb as high as 3,000 per day as a result. These are dire times indeed, and the astrology supports this idea, with the additional notion that there is an inherent silver lining to be found, since the essentially beneficial vibes of Jupiter are also involved. We might have cause to wonder – what positive take can we make out of this global and local catastrophe? The answer would seem to be in our response to what we are dealing with, the awareness generated, and the lessons learned.

The ongoing T-square that highlights Jupiter-Pluto in Capricorn, with Pluto at the 24-degree mark, is formed from Eris at the same degree of Aries, opposite the equally recently named planetary archetype of Haumea, another planet of the “dwarf” category, shown to have an astrological meaning that is connected to Nature, and natural law. And these two recent entries into the Western Astrology canon do provide us with some clues for how to handle ourselves in the midst of these trials. It is a truism that facing up to adversity builds character, and with Eris involved, being Feminine Warrior energy for deep intention, what is indicated is a soul-oriented and warrior-like approach to what we face. When we can come to understand our deepest and most sincere principles, and proceed from there, acting upon only these, we have an antidote to any feelings of helplessness that might come up for us in the midst of this global health crisis, or in recognizing how flawed may have been our government’s response. We still have our place to stand, and in articulating what we have inside, we have a sane and committed response to adversity. The additional meaning that we can get out of the equally powerful presence of Haumea in this configuration is that some particular inner values have an advantage over others. It is when we act in accordance with the dictates of our Higher Self, treating all people, and the earth itself, with utmost respect and attribution of significance, in accordance with natural law, that we most precisely reach the mark.

The other major upcoming retrograde this month is that of Venus, at the 21-degree mark of Gemini in this Full Moon configuration, where she will station to backward motion in five days’ time, on the late evening of May 12th. She is already moving quite slowly as she prepares to retrograde, only 1/6 degree per day, as compared with her normal 1 degree or a little more. The fascinating thing about her current position is the close square she makes with Neptune, of less than a degree, an aspect that has been active all this month as Venus has slowed, and that will remain active right through to the Gemini New Moon of May 22nd, when it will be partile. In the Full Moon as well, Mercury at 20 + of Taurus is precisely sextile to Neptune, to the minute, while the Sun sextiles Neptune also from 17 + degrees, and the Moon in Scorpio makes the corresponding trine. What can we understand from this potent presence of Neptune, architect of spiritual vision, and yet also of illusion, and deception? For one thing, our minds are conflicted in this timing, regarding whom to believe. The current US administration is telling us to go ahead and re-open the economy, nothing to see here, just move along. This is so while its critics are calling for more stringent safety measures be put in place, including testing and contact tracing. The question of how much testing is available, and whether it is enough to meet the need, is also crucial, and there again the issue becomes in part one of whom do you believe. The fact that it is up to the individual states, cities, and counties, as well as to each one of us individually, underscores the prominence of independence-oriented Eris in the powerful current T-square, exactly square to Pluto. Every one of us must, indeed, think for themselves in this matter, and decide for themselves which idea they truly sponsor.

The Sabian Symbols for this Full Moon highlight some of these same themes. They are, for the Sun, in the eighteenth degree (17 +) of Taurus, “A woman holding a bag out of a window.” This somewhat enigmatic symbol is regarded by Marc Edmund Jones, who caused them to be created nearly one hundred years ago, in the 1920’s, as a symbol of “the individual’s self-fulfillment,” and, “an exaltation of every commonplace activity.” He goes on to remark, “Life comes to its ultimate fruition as a community realization… (when one can achieve) high personal effectiveness in commandeering the elements of experience for any particular purpose.” For the Moon, in the same degree of Scorpio, we find a symbol of the beauty and fecundity of nature in the Scorpio season of the year: “A woods rich in autumn coloring.” This is obviously as a result of a process of natural maturation and metamorphosis. Jones references, “Nature’s high ministry of service to every function and purpose of individual living… (fulfilling) its ultimate promise in a personal excellence.” Indeed, we are all on the path of greater glory in our own existence, and in the increasing efficacy of our works as they serve to benefit the society in which we have our being. May we not forget this simple and yet fundamental truth, as we struggle to make our way forward into a new world. 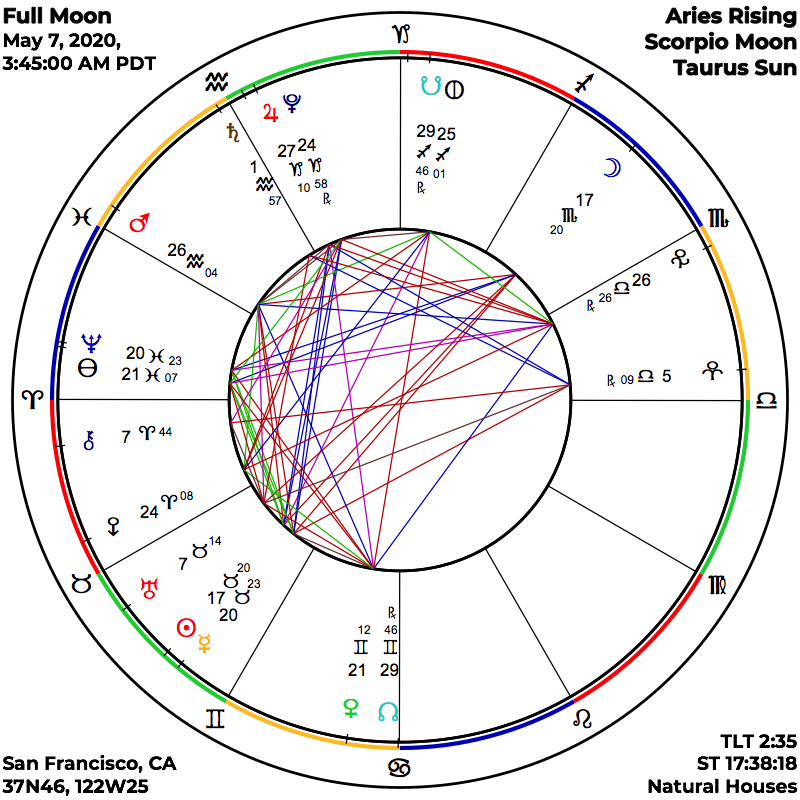