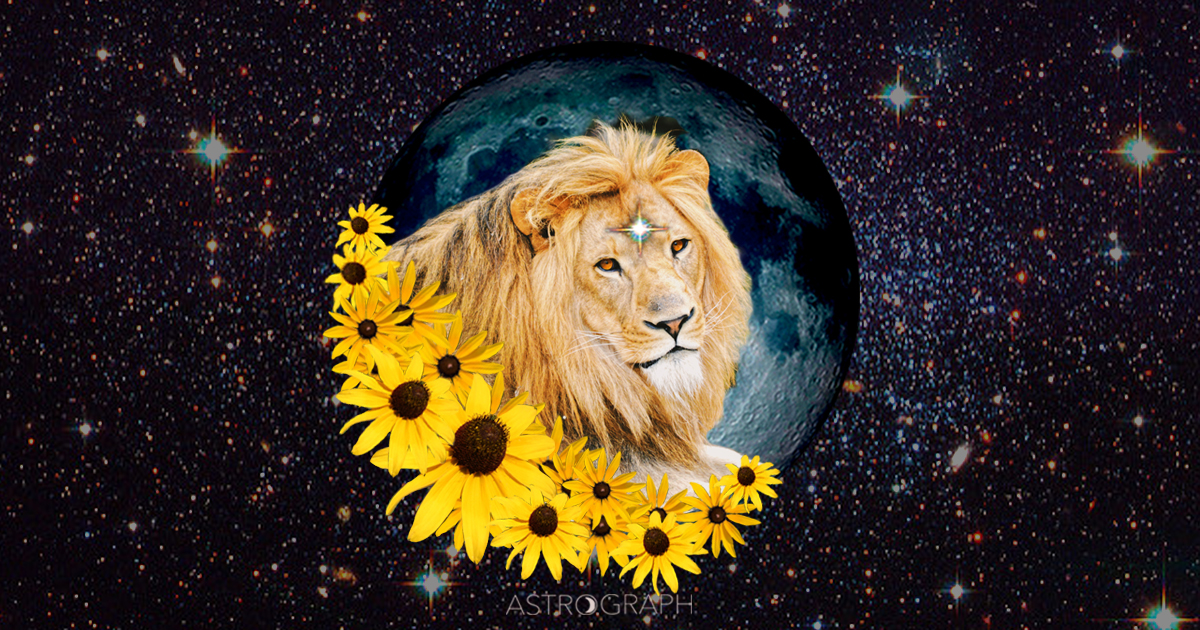 A Leo New Moon of Surprises, and Surprising Enlightenment

Posted on July 29, 2019 in Configurations |
By Henry Seltzer for ASTROGRAPH Horoscopes

The last day of the present month is the beginning of a brand new thirty-day August cycle, with the Leo New Moon taking place in its closing hours, late Wednesday evening for the United States, early morning on Thursday, August 1st for Europe and points east. This is a dynamic New Moon, in part because Sun and Moon are making a close square to the trickster energy of Uranus, just beginning to station to retrograde motion, completing on the 11th, and in large part as well because Mercury is this same day making its transition to forward motion at very nearly the 24-degree mark of Cancer. This was the degree of the recent lunar eclipse Sun, making this Mercury station particularly powerful. You are looking back to where you have been for indications of where you might yet be heading, as you leave behind at least some portion of the low-vaulted misconceptions of the past in search of a brighter future. There is also an extremely close triple parallel between Jupiter, Saturn, and Pluto, sounding once again a majorly transformative theme for this current timeframe, at both individual and collective levels. The Uranus presence virtually guarantees that whatever takes place on Thursday – and for the remainder of the month – it is unlikely to run in familiar channels. This might be an advantage for August. Uranus, in close aspect to Chiron, also, indicating that new facets of inner wounding are also indicated as appearing at this particular timing, has been termed “freedom from the known,” and is brim full of new horizons and intuitional information. The line from Grateful Dead lyricist Robert Hunter, himself born with a strong Uranus placement, is quite apt: “Once in a while you can get shown the light in the strangest of places if you look at it right.”

With Mercury’s cycle, we always say that the station to direct motion (that takes place in the later hours of Wednesday night, just as August begins) is one peak of the cycle, when far from being over, the straightening out of Mercury is just beginning. Consequently, when this degree of the turn-around precisely matches the degree of the recent eclipse Sun, as in the present configuration, we can state that this is indeed a potent time, and one full of portent as well. The degree of Mercury’s station direct also makes a partile or same-degree T-square to Eris, and to her opposition point occupied by Haumea, two of the new objects officially named as planets of the “dwarf” variety, a category that Pluto also now represents. This has to do with the determination to be your best, even when this means that you will be forced to stand up for your deepest and most idiosyncratic behavior. That Haumea, fecund Earth goddess energy of the Hawaiian Islands, stands for profound love of Nature – and earth issues in general – is no longer at all in doubt, from many examples. As Mercury straightens out, the flavoring of these two brand-new planetary archetypes will ride out the retrograde shadow period for the first two weeks of the month, until Mercury regains the sign of Leo and matches the 5th degree where it began last month’s retrograde.

Most significant of all, perhaps, in this Leo New Moon, Saturn in close parallel with Pluto, to the tenth of a degree, signals a powerful transformational factor that is also present this weekend and throughout this next month as it further develops. Jupiter is precisely contra-parallel this pair as well. You may experience a metamorphosis at your very core., and have to learn even more profound lessons about what you need to keep, and what to let go of, as this climactic month and year continue to unwind.

The Sabian Symbol for this New Moon, taking place in the ninth degree of Leo (8 +) is as follows: “Glass blowers.” We might immediately reflect on the resultant gracefully produced forms, as graceful as the productions of Nature can at times be observed to exhibit. Marc Edmund Jones calls this, “a symbol of man’s inexhaustibly creative skill of hand and genius of self-application… manipulation of baser material through a heat that represents living enthusiasm… effectiveness of personal participation in everyday existence.” Indeed, the more we can emulate these masters and forge a work of art out of our own lives, responding to our innermost values, the closer we can come to performing the vital task of inhabiting the truest, most authentic version of ourselves that we can muster. 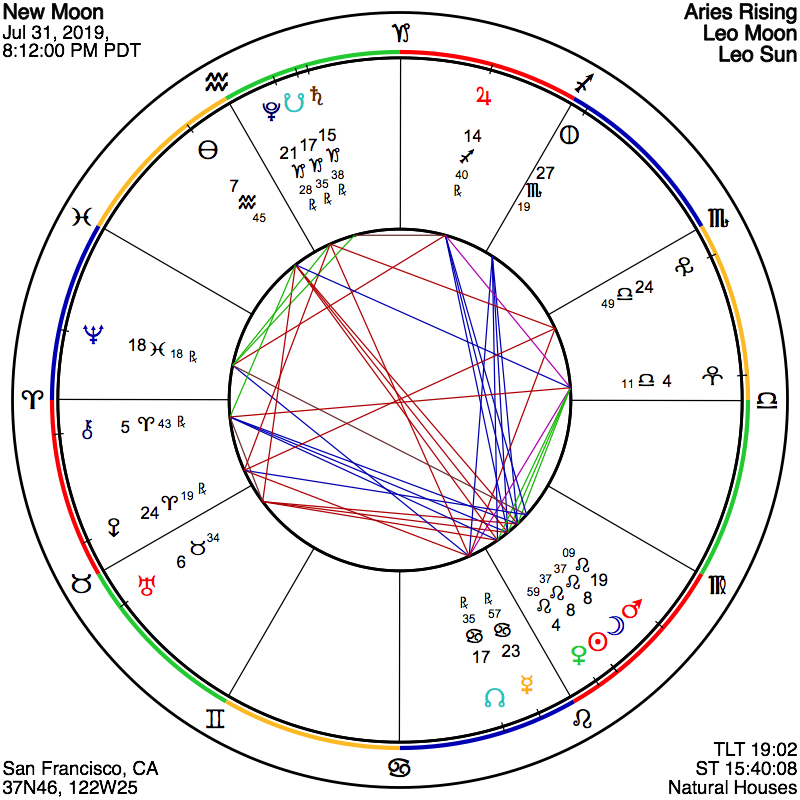