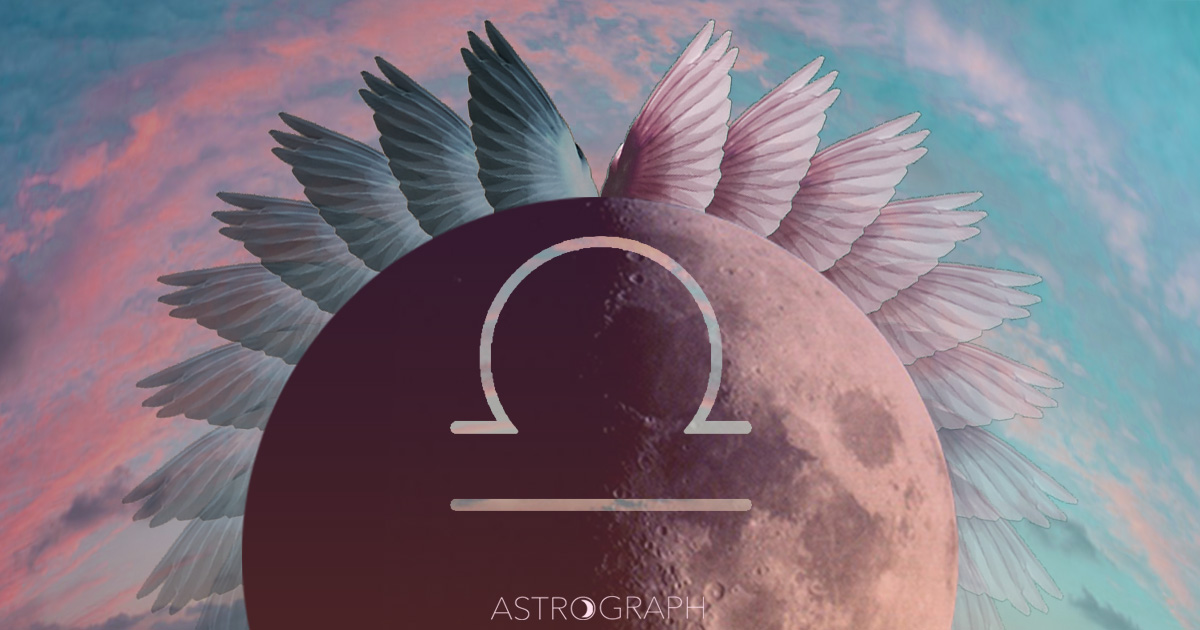 A First Quarter Moon of Uncertainty and Growth

Posted on July 19, 2018 in Configurations |
By Henry Seltzer for ASTROGRAPH Horoscopes

Thursday’s First Quarter Moon in Libra, taking place midday on July 19th, continues several of the themes from the extremely potent New Moon and Solar Eclipse of one week ago, and additionally represents the next stage of unfoldment of the energies presaged for this thirty-day lunation cycle that began then and continues to the upcoming Leo eclipse of August 11th. This lunar phase in any case represents what seminal 20th century astrologer Dane Rudhyar called a “crisis in action,” that explores obstacles and new wrinkles to the seed idea from the originating New Moon. This is going to be a very intense and exciting summer, at both personal and collective levels, and a good time to reflect on the Chinese ideogram that represents both “danger” and “opportunity.” The transformational impulses represented by a highlighted Uranus and Pluto, as well as Neptune, therefore from all three outer planets, take us to higher levels of consciousness, and are all quite significant in this extended eclipse season cycle of two to six months. These are also powerfully present in this current First Quarter configuration. In particular, numinous Neptune is even more greatly emphasized, leading to perhaps confusion or uncertainty, and yet also to considerations that encourage us to take our lives and their commonplace decisions, activities, and meditations into a more spiritual direction.

The other outer planets, including Saturn, are also strongly configured in this week’s quarter moon patterning. Saturn remains in retrograde in early Capricorn, drawing ever closer to his trine with Uranus, located at the two degree mark of Taurus, thus emphasizing the Earth element and the inner illumination to be found in nature. Their trine perfects in early September. Simultaneously, there is the push-pull of the polarity involved in these two antithetical astrological archetypes, where an archly conservative stance (Saturn) has little or no patience with progressive departures (Uranus) from any pre-existing status quo. The energy of quirky and forward-thinking Uranus, harbinger of strange or unexpected enlightenment, is combined with transformational Pluto in their ongoing square alignment that characterizes this difficult decade of what I have been calling the “turbulent teens.” Pluto, so greatly featured in last week’s Solar Eclipse, is now in a grand cross formation with Sun, Moon, and newly-discovered Eris, a feminine warrior energy for deep soul intention becoming manifest in determined action. All in all, it is a time of major structural changes in society and in our personal takes on how our own situations are playing out, with at the end of our struggles the reward of greater consciousness and growth.

With Mars in retrograde we are still engaged in attempting to understand the motivation for all our actions, and, significantly, this First Quarter Moon being in Venus-ruled Libra emphasizes balance over extreme behavior, and loving compassion over war and conflict. Venus herself is well configured in this week’s alignment, found at the Sun/Moon midpoint, in semi-square to both of the traditional “lights,” and also closely bi-quintile to Mars in Aquarius. Because Saturn is exactly quintile to Neptune, with Jupiter trine and Uranus in close semi-square, this is definitely Neptune’s moment, and we benefit – even in the midst of these trying times – by acknowledging the power of the universe to guide us safely home.

The Sabian Symbols for this First Quarter Moon are, as usual, quite telling. We have, for the Moon in the 28th degree of Libra (counting from one) “Information in the symbol of an autumn leaf.” This emblem of course reminds us of the enlightenment to be found in Nature, emphasized in this current configuration by prominent Uranus in Taurus, and, as well, by the powerful placement of new planets Haumea and Makemake, both symbolizing human connection with the natural world. Marc Edmund Jones calls this “a symbol of humankind’s stark resourcefulness on the side of imagination or inner experience [indicating] a capacity to see the world and the individual in continual interdependence… unswerving and instinctive fidelity to ultimate goals and meanings.” For the Sun in the same degree of Cancer we find the mysterious symbol, “A dark shadow or mantle thrown suddenly over the right shoulder.” We are reminded, by this de-emphasizing of the right-hand or strictly logical faculty in favor of the dark wisdom contained in the left-hand – sinister in Latin – and more deeply instinctual or artistic side of seeing and relating to the world, that we must at times, as the poet says, “close our eyes to see.” Jones references self-expression as a “release of inner potentialities,” and “some dramatic manifestation of genius vital to the general welfare.” Indeed, when we look inside as we are currently enjoined to do, by the prominence of Neptune, and by the retrogrades of Mars and Saturn, we find that we can actually learn what we need. This is in order to incorporate within ourselves and make manifest in the world around us the true essence of our humanity. This greater understanding and sense of spiritual mission within us then becomes available to others, in concert with the universal rising tide of conscious evolution that can inspire even these, our darkest hours. 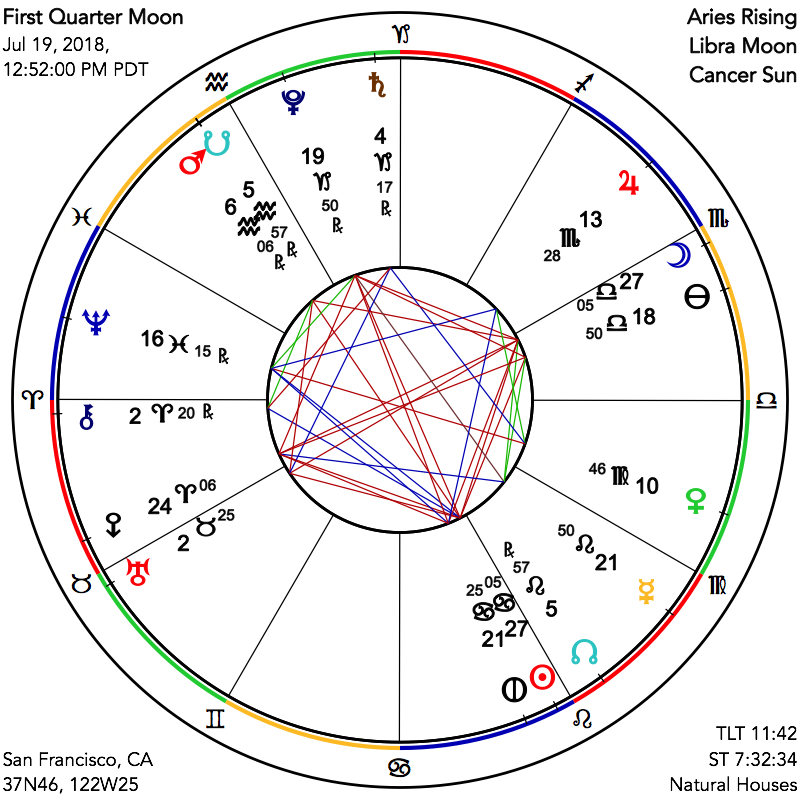