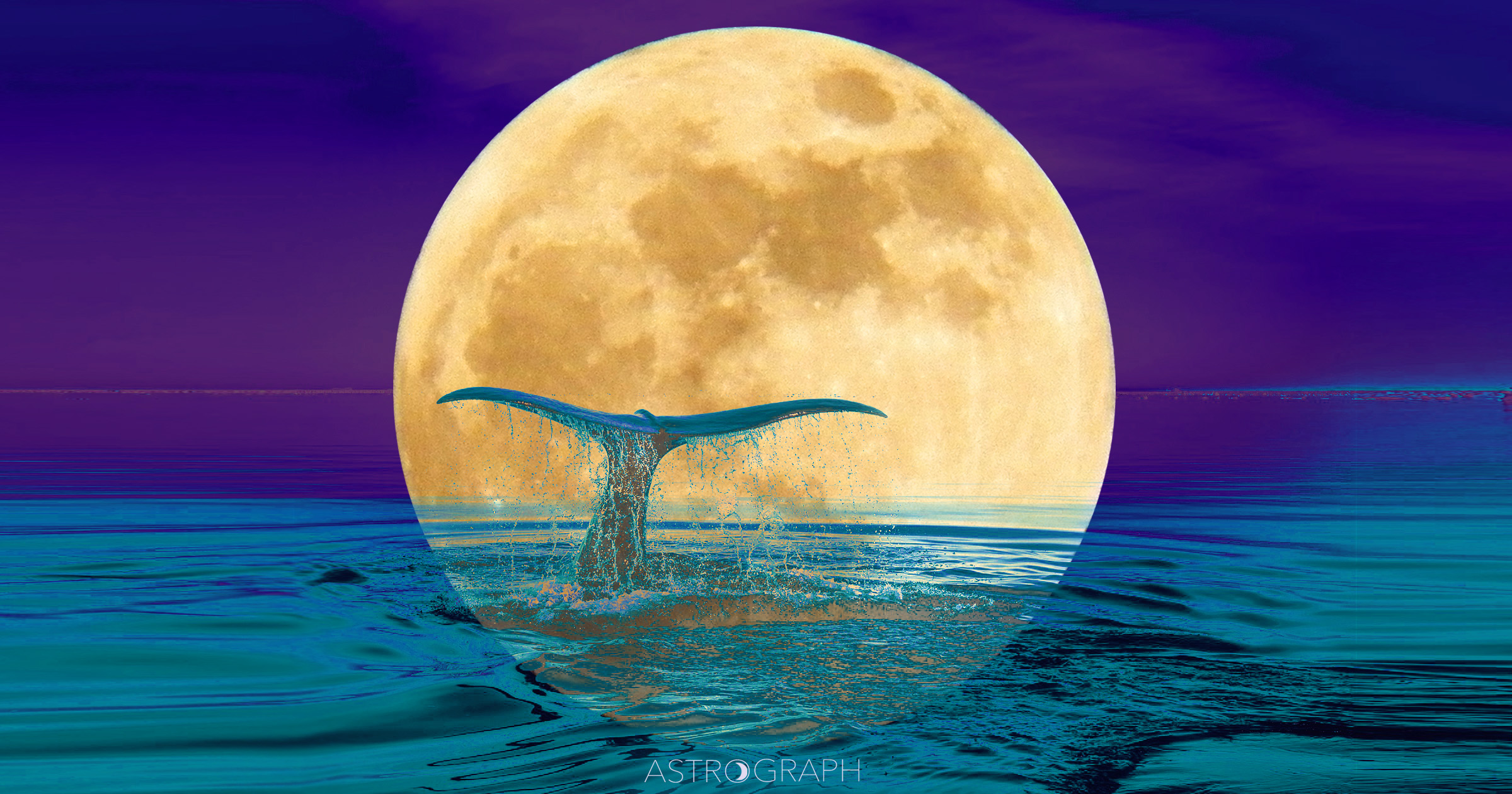 Full Moon in Pisces: Weaving Spirit Into the Material World

Posted on August 2, 2018 in Configurations |
By Leslie Benson & Henry Seltzer for ASTROGRAPH Horoscopes

With this Full Moon in Pisces, taking place early on Sunday, August 26th, we are exploring a tremendously powerful astrological configuration — one that has the capacity to support each of us in the process of our spiritual evolution by building bridges from the nebulous realms of dream and vision into the grounded reality of our lives. The Moon comes to full at 4:56 am PST, and as with every Full Moon, occupies the exact opposite zodiacal position from the Sun, which just recently entered into the refined, mutable earth sign of Virgo. The Sun is also making a very near exact grand trine with Saturn in Capricorn and Uranus in Taurus. The trine between Saturn and Uranus is very powerful in and of itself, and speaks to the ongoing polarization of conservative versus progressive values in these fractious times. Bring in such a potent activation from the position of the Sun and Moon and we have an earth-moving mighty whopper of a Full Moon configuration on our hands!


Grand trines such as this in the element of Earth invite us to activate in focusing on what we’re manifesting in the here and now, on the very practical and tangible aspects of our realities. Yet with the Full Moon and Sun on the Pisces-Virgo axis, we’re also being asked to take into consideration the spiritual realm and our energetic awareness of the unseen as it weaves into the manifest world. As quantum physics tells us, everything is energy, and when we can attune our awareness to that principle, the mundane, material world feels not mundane at all, but rather a miraculous playground of consciousness flowing, moving, and patterning. For a Piscean analogy, we actually exist in a nebulous flowing ocean of currents, tides, depths, and shallows, ever circulating, rhythmic and fluid. Recognizing the true energetic underpinnings of physical reality alone is a profound act, but beginning to make choices and live life with that recognition as a staple belief becomes revolutionary. Every thought we think sends energetic ripples. Every word we say has impact. Every action is sending a beacon through the ethers. And because we are each a complex set of antennae, picking up on these signals, we can begin to sense this dimension of reality, tuning into higher aspects of our Soul, and be fed and nourished by the supportive energies that are aligned with the highest good of all. Tuning into this reality we can make more conscious choices and actions from a place informed by something much larger and wiser than just our minds, emotions, or conditioning.


Saturn trine Uranus portends the coming together of that which is conservative and traditional in its approach, with that which is revolutionary, innovative, and unexpected. As these two archetypes are somewhat antithetical in nature, what we may see is a big push from those who are more progressively oriented to change and growth, and in a response an increased resistance from those who wish to keep the status quo. You can look for this in the external/collective news headlines, as well as inside of your own psyche and self, as parts of you that are yearning for growth get louder, and those other parts within you that fear change brace in resistance. By inviting in a greater aspect of ourselves, and attuning to a more holistic worldview, we can feel where energy wishes to move and renew itself, and places where we break down in fear and actually resist the very flow of life itself. The opportunity of this time is to not deny the parts of ourselves that are afraid, nor is it to become overly identified with them, but rather to hold them gently in a greater flow of spiritual Love and Trust. From there, the innovation and renewal of old into new becomes effortless and even pleasurable. From there we can learn to accept more fully and to love all of ourselves. And we can also begin to love each other more completely as well.


Another beautiful dimension of this Full Moon is the trine between Neptune in his home sign of Pisces with Jupiter in Scorpio. Again, this turns our attention to the intangible energies of our thoughts, dreams, emotions, ancestral lineage, soul’s karma and a million other unseen energies that influence how we as humans come into manifest form. Tuning into the Neptunian realms of spiritual consciousness, and ethereal oneness, plus interfacing with the depth and breadth of mystery of Jupiter in Scorpio, provides a supportive opportunity to build an ethereal bridge between the vast oceanic realms of consciousness and the material everyday fabric of our lives.


The Sabian Symbols for this Full Moon provide further insight and food for thought. For the Moon, in the 4th degree of Pisces, we have “Heavy traffic on a narrow isthmus.” An isthmus is a narrow strip of land with sea on either side, forming a link between two larger areas of land, which brings us back to this same concept of building bridges. When we can connect intangible consciousness and the concrete, material world, we employ the healing effect of bringing connection to seemingly separate parts of a whole. For the Sun, in the same degree of Virgo, we find “A colored child playing with white children,” representing another kind of bridge. It may important to note that at the time when Marc Edmund Jones created these symbols, in the 1920s, it was well before the Civil Rights movement, so that racism in America was fundamental and overt in the culture and society; and of course in many ways this is still true today. It is the acknowledgement of the fact that racism is still very alive in our country today that brings an additional poignancy to this Sun symbol. It is also fascinating to note that the Sabian Symbol of Dr. Martin Luther King’s Chiron degree, which was prominently located in his chart, close to his ascendant, was “A bridge being built across a chasm.” Writing in his own time, long ago, Jones states that, “there are no facets of [a person’s] character that cannot be built into the fabric of both a whole self and an integrated group.” In this he suggests that we may be enlivened by the paradox of living in duality – where we can recognize our inherent oneness, and simultaneously honor, express, and embrace our differences. The question becomes: how can each and every one of us fully remember and become our glorious, unique and brilliant selves, while lifting each other up to fully be their own glorious, unique, and brilliant selves? This is a question we are as a collective living into, and perhaps also one that is lies at the center of whether we can actually learn to coexist harmoniously with each other, and within the environment of our planet. May we each learn to tune into the highest potentials of Love for ourselves and for humanity as a whole, weaving them diligently into our present lives, our society, and our world. 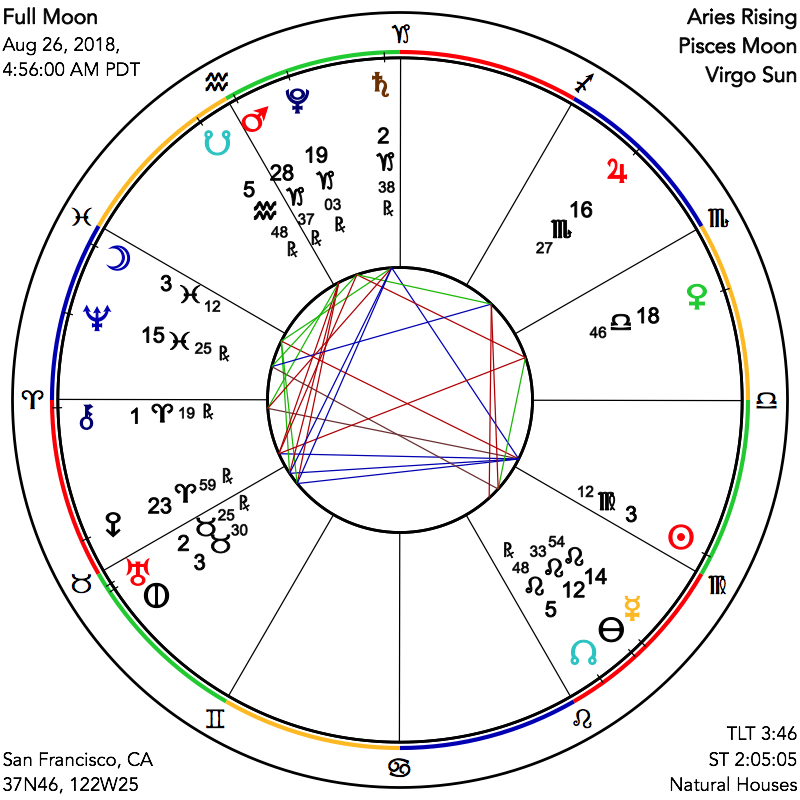