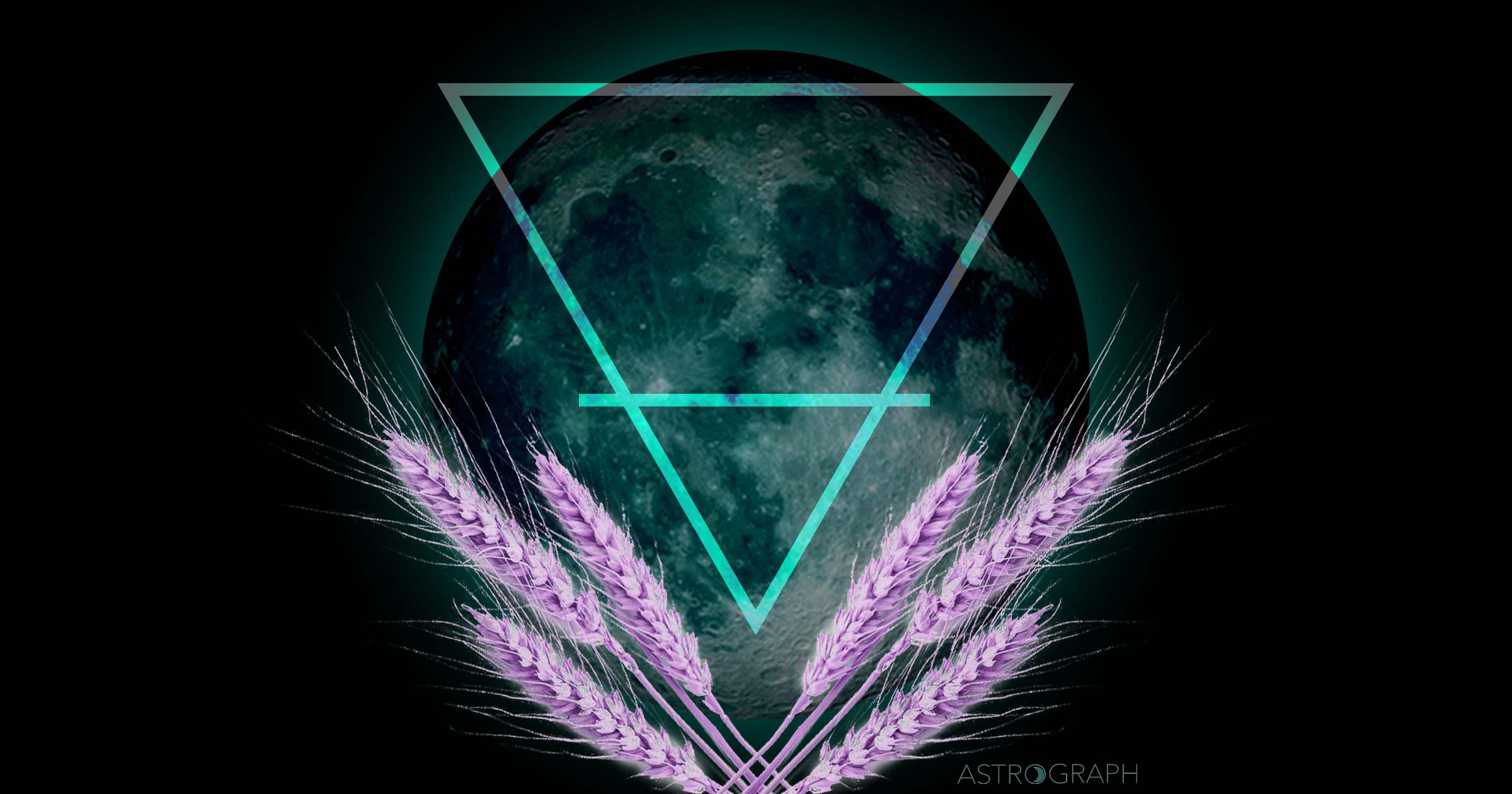 A Virgo New Moon of Picking Up the Pieces

Posted on September 8, 2018 in Configurations |
By Henry Seltzer for ASTROGRAPH Horoscopes

Sunday’s New Moon, taking place mid-day on September 9th, represents an interesting follow-up to the rather intense eclipses and retrogrades of summer. This is the first New Moon following that series of very powerful lunations, all featuring outer-planet engagement, which hence have indicated a tremendous level of transformational involvement for every one of us. And this particular lunation also represents strong outer-planet alignments, with Uranus, Neptune and Pluto all highlighted, along with Saturn and the new planet, Eris. The New Moon degree of 17 Virgo is in close sesquiquadrate alignment with Uranus, while trining Pluto and opposing Neptune. Saturn, just stationing and therefore more prominent, lies in partile trine with Uranus. Major transformation, at both individual and societal levels, would seem to be our current path. And yet, transformation doe not come easily. Something new is coming into being, and, as well, something must be given up. The idea of Earth being a fourth-ray planet, whose symbolism invokes Harmony Through Conflict, lets us know that this is just the way that we have it, as we struggle through here below. And this tells us quite a lot about the human condition; we evolve to the higher levels of manifestation that is our birthright quite slowly for the most part, and of necessity. We grow when there is no other choice for us but to grow.

Following the months of July and August, it is important to note that in the current month of September, Mars and Mercury are now in direct motion. Mercury has emerged out of its retrograde shadow, returning to and then surpassing the zodiacal degree in late Leo where it began its retrograde last July, while Mars is returning to the sign where he started, the opposite sign of Aquarius, on Monday, the day after this New Moon. There have been issues regarding habits of thought and deed – perhaps important parts of our standard operating procedures – that have been brought forward for introspective review and questioning during these summer months. Now we are ready to integrate the information gained, and move on with our lives. Mars moving back into Aquarius also signals a strong degree of societal involvement as we do so.

The powerful presence of Saturn in this New Moon speaks to conservative empowerment, a reactionary response to the equally strong progressive forces summoned to the fore by a prominent Uranus, symbolizing the impulse to break through previous limits and head for totally new horizons. This is an impulse which astrologer Jeff Green called the quest for “freedom from the known.” This also indicates that we will have quite a difficult time in getting anything done. It might take several tries to get it right, causing people to ask themselves whether Mercury is indeed out of retrograde! It is also of great significance that Chiron very closely squares Saturn in this New Moon configuration. This brings up the authority wound, the fear misplaced authority that is not in our best interest, and also emphasizes Chiron, in general, along with the alignment that Chiron makes with Uranus. We are potentially in possession of a great deal of intuition now regarding our own inner wounding, and when we take advantage of that, unlocking the stuck places within us, that feeling of “not good enough” that holds us back, we can unleash tremendous energy within ourselves for moving forward.

In this regard, it is also important to note that Eris, the new planet officially designated and named in 2006, which can be recognized as a Feminine Warrior archetype for taking a fighting stand for what you most sincerely believe, is also highlighted in these September skies. Eris is found in this New Moon configuration in close bi-quintile aspect with the Sun and Moon, within one degree. Eris represents the strong impulse to move beyond previous high-water marks of where you have been able to act in accordance with your deepest values, the standards inside you that make you who you are. By loving ourselves, and by having confidence in our ability to thrive in the midst of challenge, no matter what, we come into better integration of our powers and can relax into being nothing less than our truest expression of ourselves. 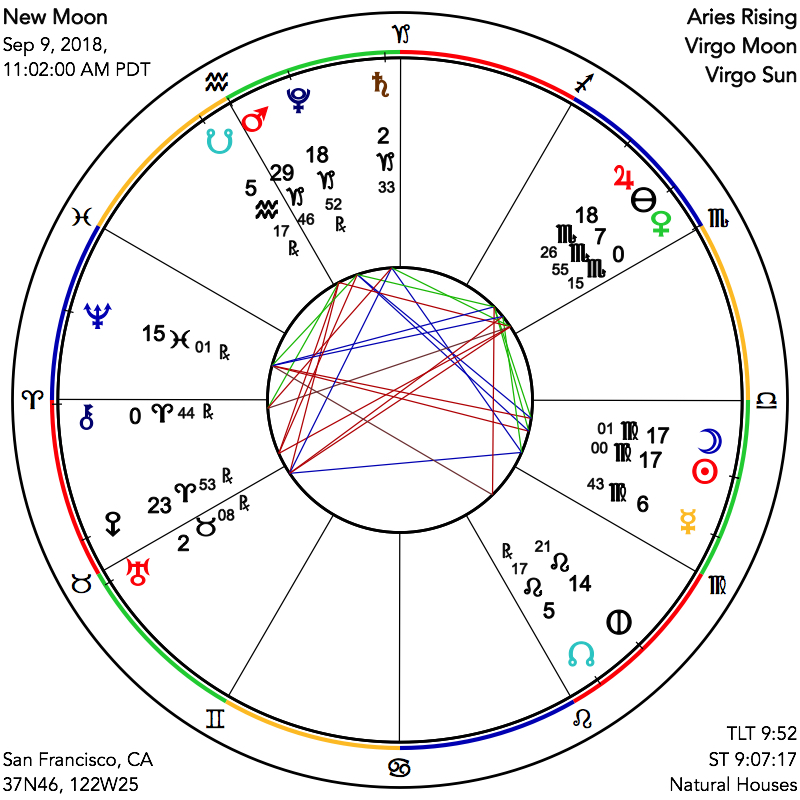