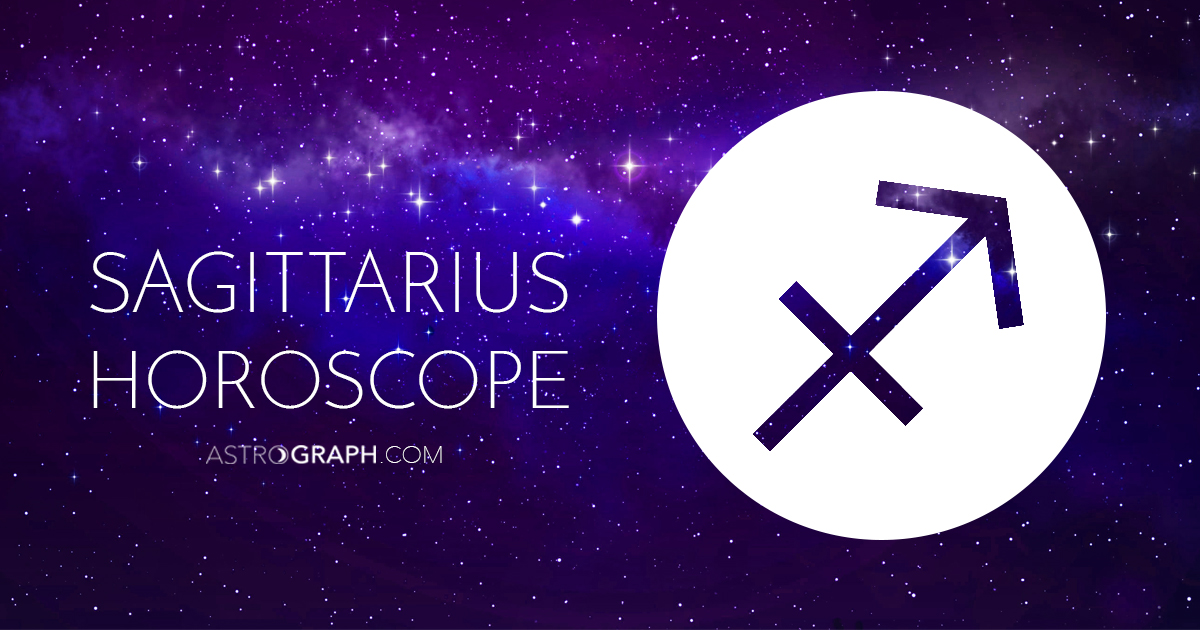 Posted on November 30, 2022 in Sagittarius |
By Henry Seltzer and Elodie St-Onge Aubut for ASTROGRAPH Horoscopes

This is a month of finding yourself in new ways, Sagittarius. The recent New Moon in your sign implied a fresh start in matters of identity and creative engagement with the world, while the presence of retrograde Mars in your relationship sector presages a thoughtful and inner-directed time for exploring key relationships in your life, including business partnerships. The December 7th Full Moon represents a culmination with regard to issues of self and other, and for incorporating novel methods of connection and service. With Jupiter, your ruler, recently stationing to direct motion, you are discovering hidden facets of your emerging self-concept, likely to include unconscious features more fully coming to light and making a contribution to what it is that you intend for your future self. You are, this month, emerging into an entirely new phase, as will be ratified and consolidated in the December 21st and 23rd timing of the Capricorn Solstice and New Moon. The three weeks leading up to this moment are vital, as you gather yourself and finalize your plans. All in all, you are being challenged to become more aware of deep principles within you that are calling out for greater recognition as you evolve.


The month begins with the Sun, Venus, and Mercury in your home sign of Sagittarius, which should feel revitalizing. The New Moon in your sign on November 23rd brought a fresh cycle for things related to your overall well-being and vitality which continues to influence the first three weeks of December. Your ruling planet Jupiter was featured in this New Moon and is now moving direct in Pisces, corresponding to your home and family sector. There could be projects related to your dwelling space, a new stage of inter-familial relationships, or a renewed look at factors of your psychological well being, perhaps related to your family of origin. Mars in retrograde motion in your opposite sign could indicate something of an introspective period this month with regard to partnerships in your life. You could be in a position to become more serious and committed, or at least making moves in that direction.

Jupiter has had, up until last month, an extended retrograde period that began at the end of July which could have had a dispersing influence. It might feel like things are now finally getting back on track, or at least getting clearer. As usual for members of your sign, you could have many irons in the fire, so that juggling your priorities could have felt somewhat challenging in recent months. Lessons or efforts made surrounding logistics and time management might start to pay off and you may begin to enjoy the fruits of your labors.

On the 3rd of December, Neptune, planet of imagination and dissolution, stations direct in Pisces while forming a square with Mercury and Venus in your sign. This colors the first weekend of the month with escapist tendencies that could be hard to control. This might also be a vacation from reality if you are looking to unwind. You might want to choose your poisons mindfully in this timing or indulge yourself in inspiring outlets like music, cinema, or art to maximize the otherworldly and mystical influences of Neptune.

Mercury enters Capricorn on December 6th which could have a grounding influence gradually emphasizing the sector of your chart relating to your resources and values in the coming weeks.

The Full Moon in Gemini culminates on December 7th while forming an exact conjunction with Mars retrograde in your opposite sign. This exciting juncture might emphasize the compromises needed and the benefits that come from finding the middle ground in your collaborations with others. Although Sagittarius Season highlights your desires and personal direction, this Full Moon highlights the delicate equilibrium that could be required in your relationships and the need to speak your truth while also considering other people’s opinions and perspectives. The conjunction to Mars may also bring up conversations surrounding a need for greater autonomy within your partnerships. Patience can be in shorter supply leading to this Full Moon, especially if there is already pre-existing tension in one of your relationships. In other ways, this period should be clarifying, especially if you don’t shy away from important conversations and both parties are willing to work together.

From the 8th through the 10th, Venus in your sign forms a square with Jupiter in Pisces just before entering the conservative sign of Capricorn, corresponding to your values and resources. Finances might improve, and your sense of what you desire, as you proceed to uncover what you have to work with. Indulgences and exaggerated longings could need to be balanced with a pragmatic outlook as you progress further through the month. You might realize a need for a more disciplined approach to reach your long-term objectives. Delayed gratification could be a good thing now, and bring you what you truly want.

Jupiter returning to the sign of Aries on the 20th energizes the pleasure sector of your chart. The secret at this time may lie in your ability to focus on what you truly want and be willing to invest the long-term effort needed to get there.

The Sun enters Capricorn on the 21st which signals the Capricorn Solstice, and in the Northern Hemisphere the beginning of winter. This is an important juncture, bringing attention to the sector of your chart that relates to your resources and values. As this month and the 2023 year continues to unfold, you may find that there is a stronger connection between what you create and what you have to work with in order to make it all happen.

On December 23rd, the Capricorn New Moon takes place while continuing to emphasize the square with Jupiter in Aries. This could bring hopeful perspectives especially when it comes to your personal desires and what you want. One of the biggest challenges with the New Moon in Capricorn forming a square to Jupiter in Aries can come from your need for instant gratification clashing against your long-term objectives. You may need to consciously balance your hard work with some downtime and vice versa at this time as both could be equally important for your well-being. The last week of the December month may bring new ideas, perspectives, and visions regarding what you desire for yourself in 2023. You may have some exciting projects brewing in the background and it might be easier to stay hopeful at this time.

On the 29th, Mercury turns retrograde in Capricorn, bringing up a somewhat reflective time. Mercury forms a conjunction with relationship-oriented Venus as it changes direction, so that many areas of life will be subject to a degree of questioning and searching. The Mercury Retrograde period lasts until mid-January, and then takes three more weeks to fully recover, only escaping its retrograde shadow on February 7th. This offers you the opportunity to rework your budget and take stock of pre-existing resources for a month or more, as you head into the second month of the New Year.