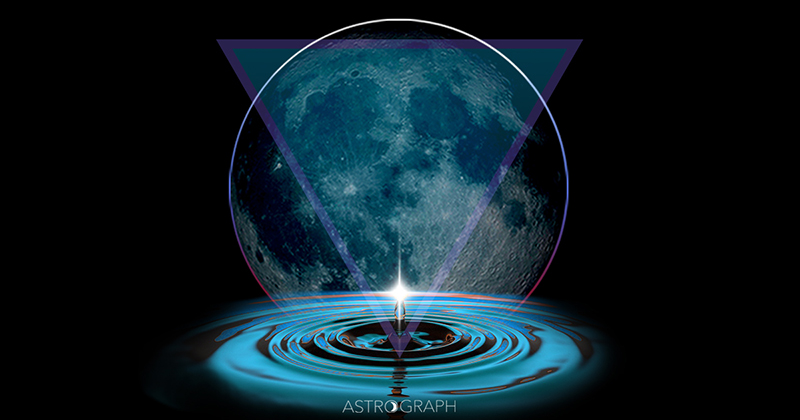 An Aquarius New Moon of Social Action and Right Relationship

Posted on February 10, 2021 in Configurations |
By Henry Seltzer for ASTROGRAPH Horoscopes

The Aquarius New Moon takes place on Thursday, February 11th, at 11:06 am on the west coast, later in the afternoon or evening hours for the east coast and Europe. This New Moon features six planets in Aquarius, as astrologers have been mentioning, bringing this interesting and dramatic sign to the forefront. Of course, Aquarius is also associated with the astrological age that is only just beginning in our current times, and that will last for two thousand years in all before it is done, way past our current times. Let’s review what that might mean. For one thing, Aquarius is associated with a forward-looking and progressive attitude, that is also scientific, based on reason and logic. This might come in handy as we face the existential threat of climate change, looming large on our horizon. Aquarius also has its conservative moments, being ruled by Saturn traditionally, as well as by Uranus in terms of modern planets. This implies moving forward, but carefully, practically, with our feet also on the ground, yet still moving forward.

Additionally, Aquarius represents the society at large, all of us working together to achieve broader ends, taking the ego involvement of Leo, opposite sign to Aquarius, and making of that a more involved commitment to the surrounding social matrix. Finally, Aquarius rules the Internet and extended communications. The sign of the water bearer, yes, and that water in the jug represents the electricity of massive societal connection, the brotherhood and sisterhood of humanity. That is where our society is likely trending, and this month is also, so that we do well to hop aboard the wave and ride it.

The ruler of Aquarius, in modern terms, is Uranus, while in traditional terms it is Saturn, and these two outer planets are in square alignment all this month as well, culminating to exact on February 17th, but very present all month long, and drawing to within one half of one degree in the New Moon configuration. The aspect has been within two degrees of exact from the end of January all through the current month; and will be, ahead to March 21st. Further on in the year, we have also the periods of close alignment and activation from mid-May to July 4th, and from December 2021 to past the end of the year and into the second week of January, 2022. Meanwhile we can see this aspect extended even further by means of the definition of World Transits specified in Rick Tarnas’ masterwork Cosmos and Psyche, where its orb of activation would extend from the recent past to January 2023.

This aspect can be viewed in several different ways. The first and perhaps most obvious would be the diametrically opposed viewpoints of right-wing and left-wing politics in these current times, which show no signs of letting up. Another and more subtle way that these two archetypal principles are making themselves seen and felt currently would be the “stop and go” nature of the progressive initiatives represented by the shift in US administration and other future-orientation such as the presence now of the various forms of the coronavirus vaccine. While this latter has been an amazingly rapid development, unprecedented in modern epidemiology, there have been also a series of stopping moments to the “go” – lack of planned immunization coordination, unavailability of raw materials for sufficient vaccine supply, new strains of the virus that threaten its efficacy, and so on.

In discussing the Saturn-Uranus archetypal combination, Rick Tarnas also references the concept of right-wing resistance taking the form of left-wing anarchy and rebellion, as was true of the earlier Tea Party opposition to the Obama administration, and as is true today with the Q-Anon conspiracy theory adherents and the violent storming of the US capital last month. Rapid movement forward, stopped suddenly by obstacles, is also represented by the forward momentum of the liberal agenda embraced by the new administration held up by entrenched right-wing resistance.

The prominence of Pluto in this New Moon configuration again, similar to the recent Capricorn New Moon that was conjunct Pluto, remains an enormous factor, coming back even stronger in the late spring and summer months. We are in the midst of massive structural transformation, of ourselves and of the surrounding society, and we just have to face this inescapable fact. Where, we will want to ask ourselves, are we content with who we are and how we conduct ourselves, and where do we need to find a way forward into greater authenticity? There is room for improvement – always – and yet this does not have to be a dire pronouncement of insufficiency in the present moment, just a caring exercise in thinking about the potential for greater self-empowerment.

Speaking of this idea of self-empowerment, the presence of Eris, Haumea, and Makemake in these New Moon and Full Moon configurations is worth mentioning, as giving us a needed push in the direction of embracing right action, and right relationship, as we forge ahead. Eris in Aries at the 23 degree mark, matching the New Moon degree in Aquarius, is opposite Haumea in Libra, an aspect that grows stronger as the months go by, toward a summer peak. Their opposition also tellingly makes an increasingly strong T-square to Pluto. Eris implies taking a stand for what we feel deep inside, our bottom-line principles, while Haumea represents connection to Nature, and to natural law, including right relationship with our fellow beings. In combination, these relatively new planetary archetypes suggest moving ahead with our own agenda, independent of other voices, but doing so according to what we intuitively know is the right thing to do. Lying for example, to oneself or to others, is not part of this movement toward a deeper manifestation of our most authentic self.

Because the coming Full Moon of February 27th features as well a strong dose of Makemake, as did the last one, from the 28th of January, and because Makemake represents connection to nature with an earth activism slant, as manifested at the end of last month with a big push for environmental protection on the part of the incoming Biden administration, we might look ahead to the end of February for another such landmark moment for climate change initiatives coming into greater prominence.

The Sabian Symbol for this New Moon degree, the 24th of Aquarius (23 +) may be helpful. It is: “A man turns his back on his passions, to teach from his experience.” Along with the Aquarian emphasis, this degree symbol for the New Moon signals another grace note for an essential modicum of reason over unreasoned emotion, in forging further forward toward solving our most pressing personal and societal problems. 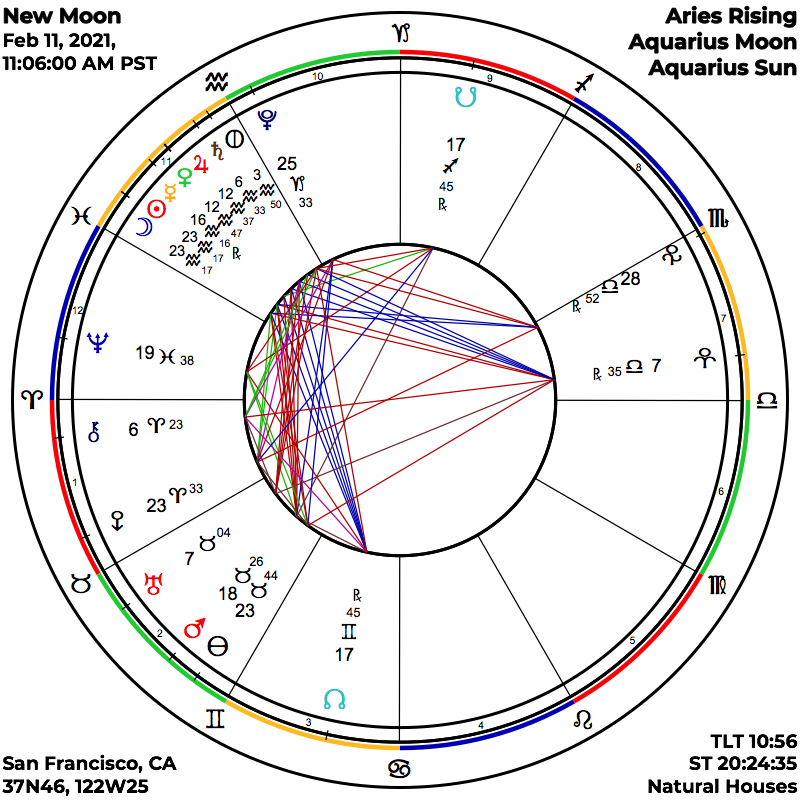