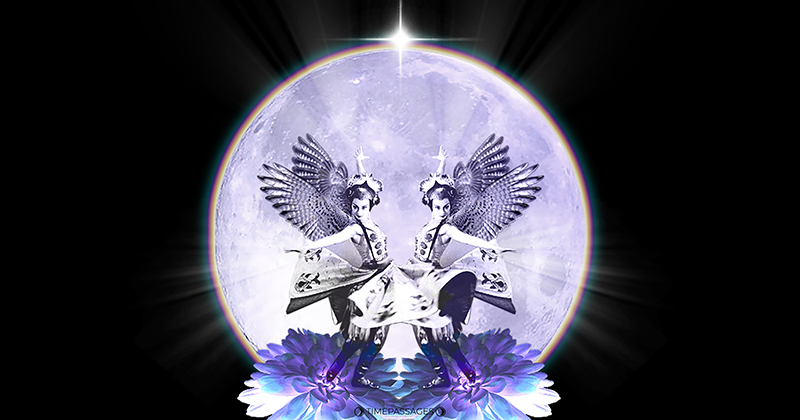 A Full Moon of Intensity, Healing, and Relationship Transformation

Posted on December 17, 2021 in Configurations |
By Henry Seltzer for ASTROGRAPH Horoscopes

The Gemini Full Moon, taking place on Saturday evening, December 18th, at 8:36 PM PST, later evening to early morning on the 19th for points east, represents another potent lunation. Coming at the midpoint of the December lunation cycle that was kicked off by the solar eclipse of December 3rd and 4th, and equally reflecting these rather intense times that we are currently living through on both individual and collective levels, this Full Moon is oriented toward a thorough-going metamorphosis of our energy for intimate connection with others and with ourselves. It features stationing Venus in close conjunction with transformational Pluto and highlighted by the Sun and Moon, while Saturn and Uranus are closely square at this timing also, by far less than one degree, thus indicating the vast chasm between conservative and progressive attitudes in the culture and in each of our own individual lives as well. Then, too, there is also a strong presence of Chiron, the Wounded Healer, about to station to direct motion the next day, on December 19th, emphasizing our internal wounding, the likely residue of early trauma, and our capacity to heal the issues. This is a very significant configuration, made especially so by the long-term Venus-Pluto conjunction that will affect everyone, most particularly those with planets or sensitive point in their charts in late degrees of Cardinal signs.

Because Venus stations retrograde on the 19th at one degree past Pluto, and then slowly makes her way backward to re-conjunct the Lord of Death and Rebirth at 25 degrees of Capricorn, on Christmas Day, remaining in a one-degree orb with Pluto until December 28th, we have a far longer cycle than is typical with this intense collision of archetypes. Venus-Pluto is redolent of partnership transformation, including as well the alteration of our deepest values and principles, as we further evolve. Because this tight conjunction lasts as long as it does, we are getting a very strong dose of the maturation implied in seeing ourselves more clearly, both in the mirror of relationship, and by looking within.

Chiron, the Wounded Healer is also stationing to direct motion in perfect opposition to the new Nature planet, Makemake, symbolizing taking action for social or environmental justice, so that we may well see renewed calls during the last half of the month for dealing with climate change, even if the economy – or the profits of the one percent – might suffer. The other new Nature planet, Haumea, located at nearly the end of Libra, is triggered also in this Full Moon timing, trined by the Gemini Moon, making a close grand trine as well with Jupiter at 28 Aquarius. This is a quite potent aspect pattern and it speaks to the collective evolution of the society itself toward fair dealing and the recognition of our connection with the Earth and her creatures, equally our spiritual brethren.

As we think about the year to come, another chart that we will want to reference is that of the Capricorn Solstice, signaling the onset of winter in northern latitudes, which is considered from ancient times a chart for the year ahead. This chart, two days after the Full Moon, has quite similar outer planet configurations together with a strongly paced Sun and Moon, indicating danger signs ahead. For one thing, the stark divisions, already drastic, between conservative and progressive/liberal population segments, rather than diminishing in 2022, are likely to increase.

What do we make of the situation in which we find ourselves, in terms of the divisive societal matrix in this climactic turning of the year, and of our individual responses to these dramatic pressures, as also indicated by the current astrology? The current angst is not unique to our own century; writing in the 1800s, the poet Gerard Manly Hopkins sought an answer to the same question, as to why he was racked “in turns of tempest” that were almost his undoing: “Why, that my chaff might fly/ My grain lie shear and clear.” In truth these trials that we are currently suffering through do build character, and in specifics, raise the poignant desire within us all that we might be able to live in greater peace and harmony with each other. It may be that only by looking within ourselves, and squarely facing our shadow, we are able to fully come into the light.

As we come into the turning of the year, let us repeat the age-old prayer: may all beings be free; may all beings be happy; and may the thoughts, words, and actions of my own life contribute in some way to that ultimately peaceful resolution. 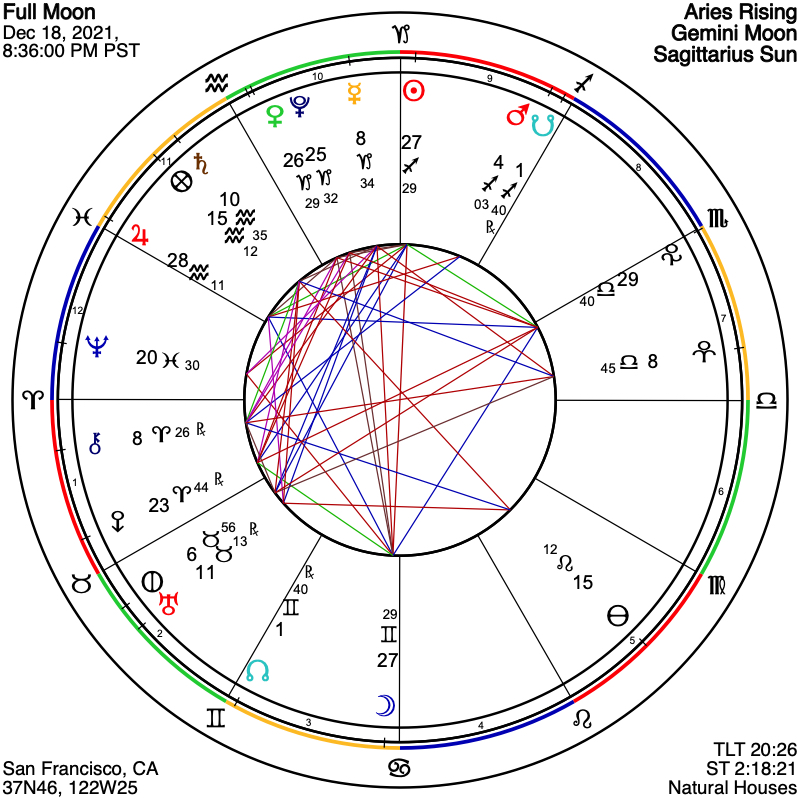