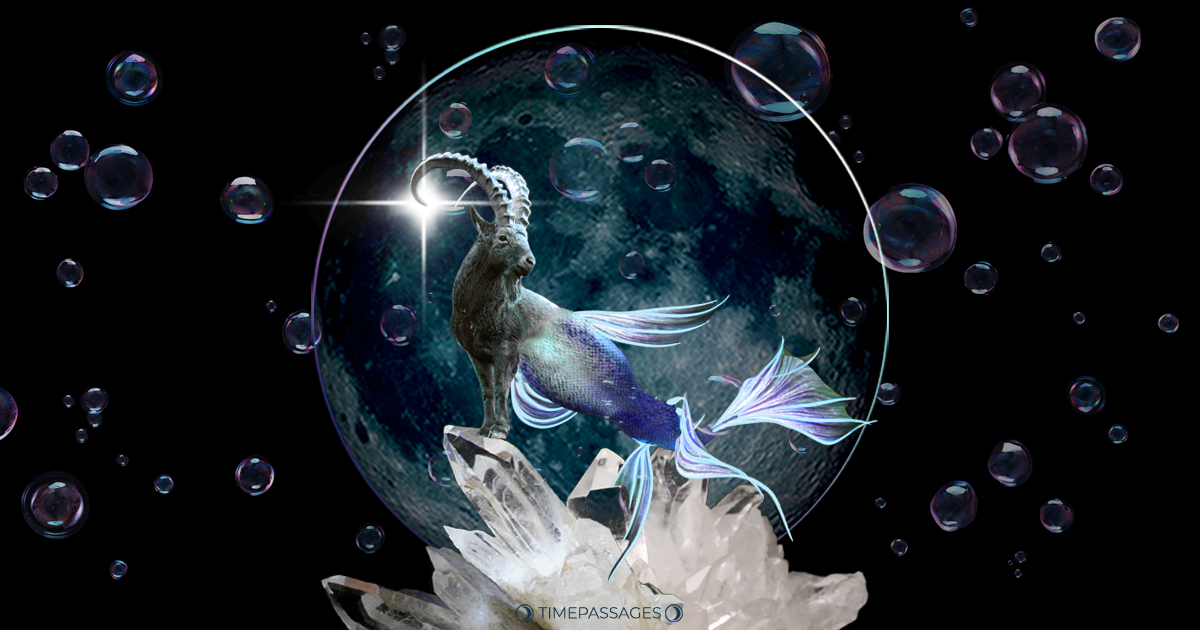 A New Moon of Startling Contrasts and Unexpected Enlightenment

Posted on January 1, 2022 in Configurations |
By Henry Seltzer for ASTROGRAPH Horoscopes

The Capricorn New Moon dawns on Sunday, January 2nd , at 10:30 am PST, later times for further east, and represents a powerful lunation that is redolent of the conflicts and surprising events still transpiring within this troubled decade and century. With the Sun and Moon at 12 Capricorn – and transiting stationing Uranus at 11 Taurus 50 – there is for one thing a strong aspectual connection here expressed that greatly emphasizes trickster Uranus at this beginning of the January month and the 2022 year. Symbolized as well by The Fool card in the Major Arcana of the Tarot, and the Prometheus myth from our Greek heritage, progressive impulses are the Trickster archetype’s stock in trade. As pictured in the Tarot card, stepping off that cliff is no big deal; walking on thin air seems more than possible. There are also, in contrast, conservative energies at work within the zeitgeist and within the depths of our psyches, as represented by Saturn, located in this New Moon configuration at 12 degrees of Aquarius, in close square to Uranus. With prominent Uranus, we can expect to see playing out powerful impulses to jump the tracks of our previous limitations. We possess at some level now the strong urge and the daring to strike out in entirely new directions so that we might more fully embody our own unique destiny, unencumbered by the shadows of our past conditioning amid the consensus thought patterns of a failed social model that is ever more greatly unraveling before our very eyes.

When we have the ability to dream, Uranus gives us additionally the lack of concern for risk and undue consequences that allows us to take that deep dive into our most ultimate truth of who we at base really are. On the other hand our fears of failure or of simply going too far off the beaten track is also very present with us now, as currently symbolized by the caution of the Senex archetype represented by limiting Saturn in close square aspect. The collision between these powerhouse planets was active all last year and the fact that they are symbolized in the New Moon, and the New Year’s Eve chart as well, speaks to this clash of titans being a huge factor also in the 2022 year yet to come. There are in general two charts for the year that I use, and the NYE chart for Washington D.C. is one, presaging that the polarization between left and right political factions that we have seen getting more dramatic than ever through the previous year will unfortunately continue without letup in this current new year time frame.

The other chart that can reveal much about where we are headed, as a society and individually also, is the chart for the Capricorn Solstice, known as the winter solstice in the Northern Hemisphere. In that chart, as well, the Uranus-Saturn collision is quite pronounced, being about 1/3 of a degree off from a perfect square, so that we can be quite sure in the above conclusion about the square being long-lasting in its impact. Additionally in this chart, there is Venus-Pluto in close conjunction in Capricorn, with Venus in retrograde, and opposed by the Moon at 27 Cancer. This implies that all our relationships are in a potent process of metamorphosis, now and over the course of the 2022 year. This also brings up over this period a powerful factor of deep-seated personal and societal transformation, which is echoed in the January configurations also, and is related to consciousness. The more we know about ourselves – at the deepest possible level of our psyches – the better prepared we are to face the difficulties of this fraught societal moment.

One more factor from the solstice chart that emerges into our consideration, also present in the NYE chart and the January 2nd Capricorn New Moon, is the relatively powerful presence of the new planets beyond Pluto that I have been researching: Eris, Makemake, and Haumea. Eris has been in square with Pluto all last year, and is now still relevant, being within 2 degrees of that square alignment at the winter solstice, and in partile square to retrograde Venus, still conjunct Pluto, in the NYE configuration. Eris, representing a feminine warrior energy of taking an earnest stand for deep principle, corresponding to soul intention, is important in the current month and year because, in the midst of the trials that we face, where our fate as a society is on the line, absolutely everyone must stand up and be counted if we are to survive as an intentional and conscious culture.

As for these other two Nature planets, as I am calling them, representing, in different ways, profound connection to Nature, in the winter solstice chart Haumea is trine Jupiter and square the Moon. Haumea is also exactly parallel to the vibrant energies of the trickster planet, Uranus, to the minute of a degree, and almost that close in the NYE and NM charts. This represents a positive and innovative stance that Nature and the natural environment become increasingly recognized as vital to our well-being. Also increasingly seen as important is our connection to natural law, to right action and right relationship. The Grateful Dead lyric that perhaps best expresses this idea of where the society needs to go is from the song “Uncle John’s Band,” about the rising tide of consciousness that was being celebrated in the glorious promise of the early 1960s: “Oh, oh, what I want to know is / Are you kind?”

With Makemake, there is an opposition to a stationing Chiron in the winter solstice chart that remains partile through most of January, as well as being inconjunct Uranus, trine Saturn, square Mercury, and quintile the Moon, with similar aspects in the NYE and NM charts. Makemake, indicative of environmental action and the movement for social justice, is thus also a strong factor for this month and the 2022 year.

The summation from the presence of these new Nature planets in these configurations, plus the afore-mentioned Uranus-Saturn and Venus-Pluto alignments, is that we are really in for it, in terms of the opportunity for massive societal and personal transformation continuing to come down. We always have our choice, in each and every moment, to resist the tide of history or else to take the bull by the horns, as it were, and, detecting the direction that the Universe and societal evolution are attempting to take us, choosing to go that way. Whichever way we choose, make no mistake, the consequences are enormous for ourselves and for our world. Rather than being powerless in the face of changing tides, we, each one of us, are powerful beyond measure. So let us continue to raise our gaze above the fray to the highest that we hold within us, put the pedal to the metal, and pray for peace, love and understanding to emerge beyond mere ‘60s ideals to embody an emerging reality that we all can share. 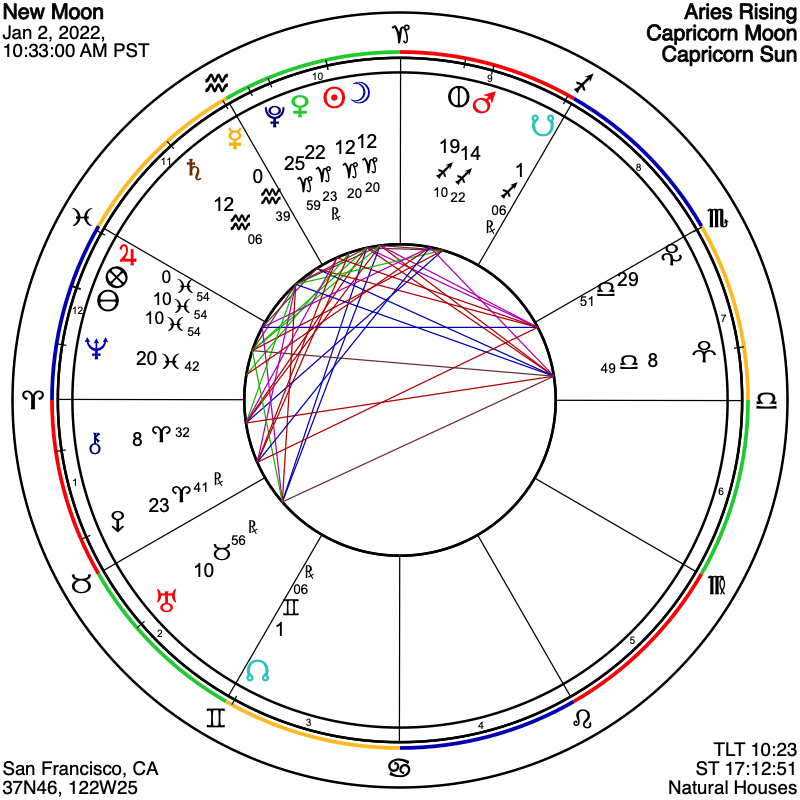