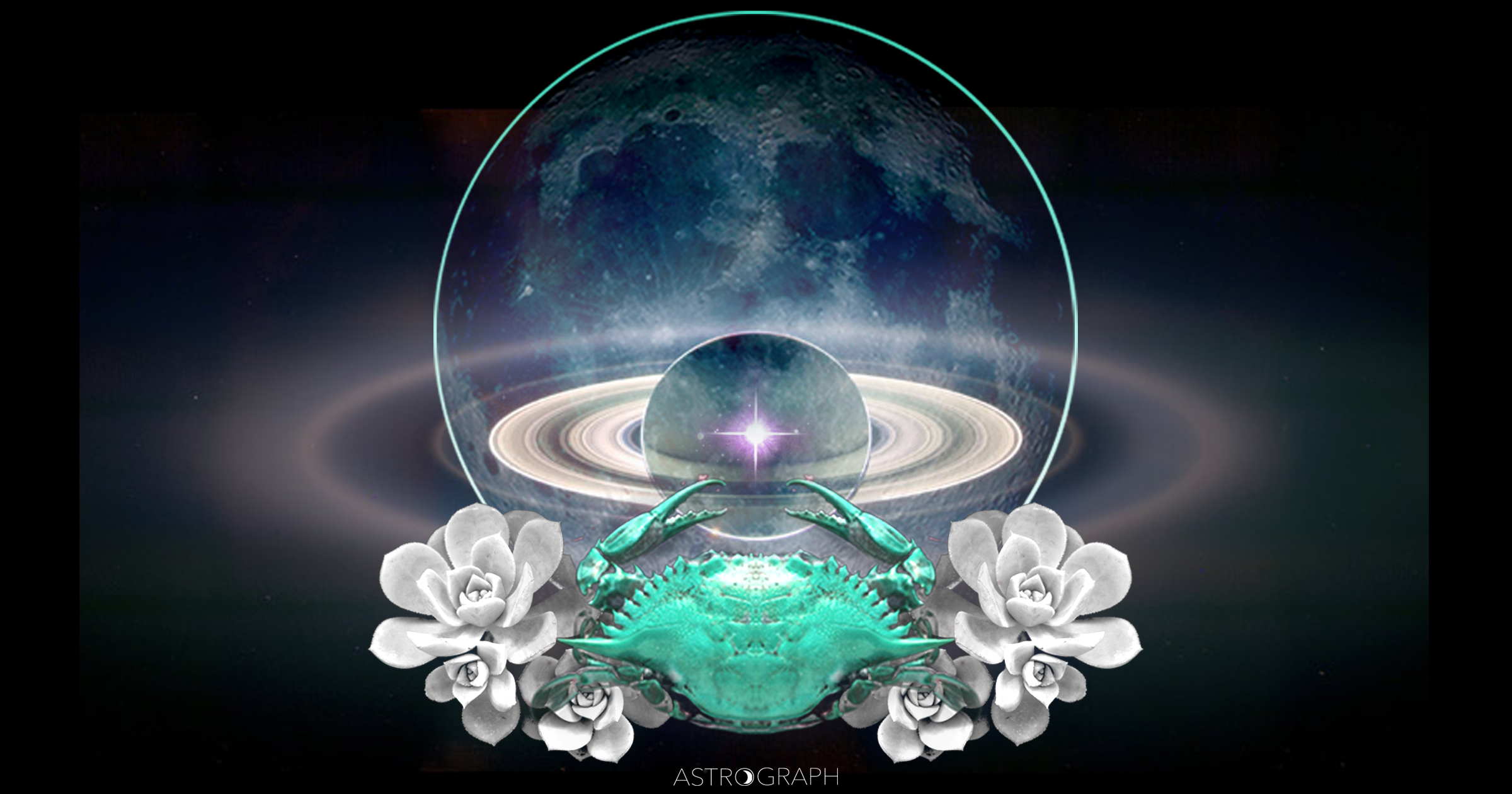 A New Moon of Limitation, Contraction, and Resolve

Posted on July 18, 2020 in Configurations |
By Henry Seltzer for ASTROGRAPH Horoscopes

Monday’s New Moon, taking place on the morning of July 20th for the west coast, afternoon or early evening for the east coast and Europe, is another one that features the limitations and constrictions of Saturn, plus transformational Pluto. Recent lunations, especially the solstice eclipse New Moon of June 20th - 21st, have strongly featured Saturn, so that this late July lunation represents a continuation of that emphasis. Certainly there has been abundant evidence of Saturn’s presence in recent headlines, in the retreat back toward lock-down that we have been seeing over this past cycle, at least in America, as the coronavirus tightens its hold, and our economic recovery stalls.

Pluto continues to be highlighted as well, in this current initiating lunation and with every other one for the next few months, leading right up to another peak in mid-November, when both the political situation and the coronavirus pandemic will likely be raging. Colder weather and normal flu season are one complication and the peaceful transition of power after the November 3rd election is another.

By that mid-November timing, Jupiter is again closely conjunct Pluto, with Saturn nearby, and with the new planet Eris remaining closely square. We look to be really in for it, right through to the end of the year, primarily according to the dance of these two outer planet energies, Saturn and Pluto, representing contraction and structural rebirth, bolstered by expansive Jupiter, and Eris, a Feminine Warrior energy for deep soul intention. Furthermore, the new planet Haumea, representing Nature as a spiritual pathway, and the principle of natural law, residing at 25 Libra, is – during July and August – closely opposed to Eris and square Pluto. With Eris involved, everyone is encouraged to act upon their most sincere bottom-line values, and only these, in order that we cast our strongest vote for the upcoming future society that we most authentically want, for ourselves, and for all Earthly creatures everywhere.

The indications in terms of the pandemic tell a story of grave difficulty, now very nearly out of control here in the U.S., and continuing to pose a dire threat worldwide, at least until such time as a vaccine or effective treatment becomes globally available.

In our ordinary lives as well, we are individually being put to the test of how we will react to the evolving social setting in which we find ourselves. It is a time of trial, but it need not be a time of despair; on the upside, there were systemic near fatal flaws in the pre-Covid society that we will now, in the recovery, finally be able to address. It is of course quite daunting that the current difficult situation looks to be continuing far longer than anyone thought. One thing, however, that you can do during this remaining Covid active time is to get your own self together. What are your bottom-line values, and where indeed do you ultimately stand? This is part of the ongoing personal evolution that we are currently subject to, with Pluto so prominent in Capricorn, squared upon each side by Eris and Haumea.

If it were we who were running the world, or this American nation, what would we ourselves concretely do, to begin to change things? The funny thing is that, collectively, it actually is we who are the ones. If each person would make the necessary inquiry into their innermost values, what they authentically aspire to, not just for themselves, but also for all, then that is a start. And if, as Eris enjoins us, we would each proceed to act upon our deepest values, we would awaken to a better and more livable world.

The Sabian Symbol for this New Moon has also something to contribute. It is, for the Sun and Moon in the 29th or penultimate degree of Cancer, opposite the Capricorn position of Saturn, “A Muse weighing twins.” This somewhat mysterious symbol has been elucidated by 20th century astrological philosopher Dane Rudhyar as the weighing of alternatives. Marc Edmund Jones, who caused these symbols to be created in the 1920s, remarks upon, “individual existence (manifesting as) personality in the world of the senses, and as reason in a realm of eternities.” The “union of these complementary functions” is to be found, he says, in “the immortal insights of a spiritual wholeness… an effectiveness of judgment irrespective of momentary contradictions.” Indeed, this is an ideal that we may all strive for, to free our minds of irrelevancies, and to embrace a holistic concept of universal truth, as we move our lives forward, little by little, toward a higher integration and, in the aggregate, a more fully conscious social matrix. 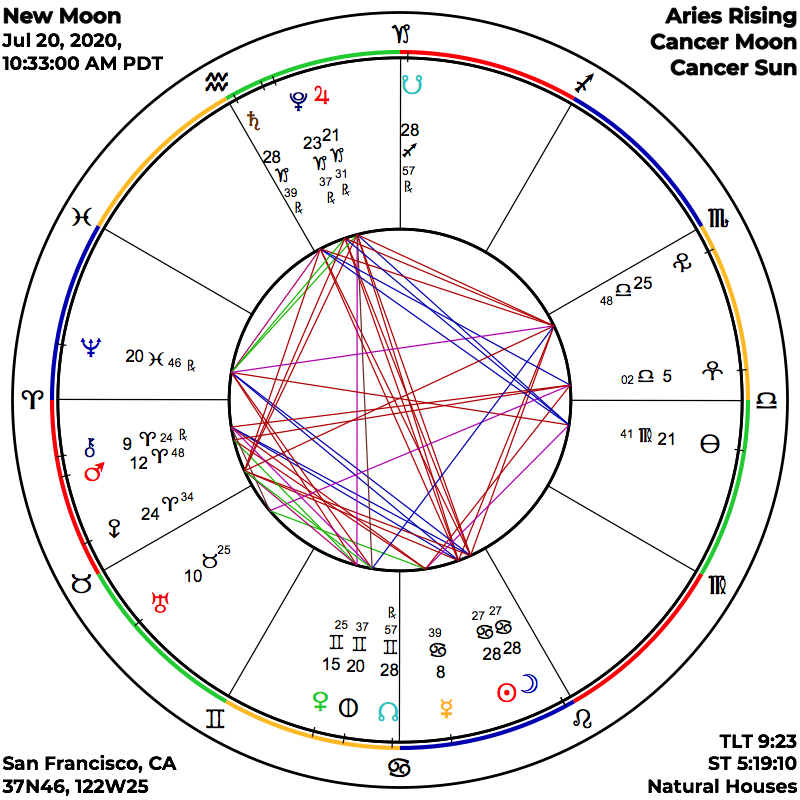