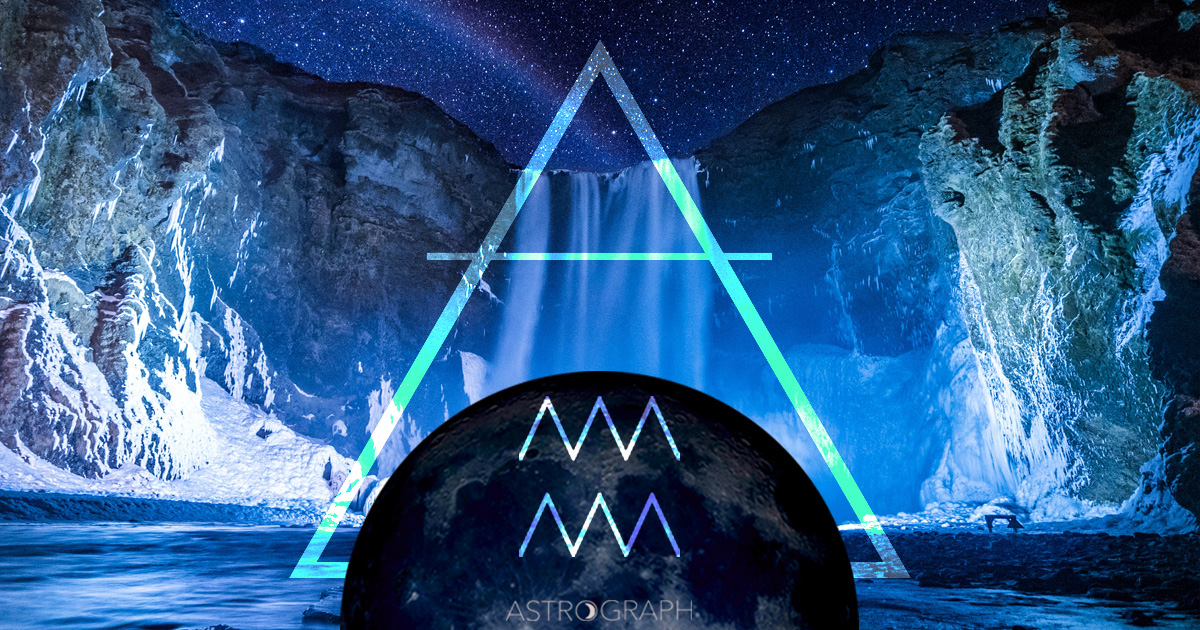 A New Moon of Novel Realizations and Softer Focus

Posted on January 22, 2020 in Configurations |
By Henry Seltzer for ASTROGRAPH Horoscopes

Friday afternoon’s Aquarius New Moon, taking place at 1:42 PM on the west coast, later afternoon or evening for the east coast and Europe, marks a time of idealism and the fuzzy logic that accompanies strong Neptune in any lunation configuration. Coming in the aftermath of a powerful eclipse season that featured Saturn in combination with Pluto, this last week of January and on into the following month gives us a more spacious moment to reflect on the deep-seated structural changes that have come before, and on what must come after. The subtle and otherworldly archetype of numinous Neptune connects us to the depth process that goes on within our psyche, underground, whether we are conscious of this process or whether we are not. Of course, one goal is to become more fully conscious of what we are up to, at all levels of our being. Due to strong Neptune, there might be a tendency this weekend, and over the subsequent thirty-day Aquarius lunation cycle stretching into February, to be deceived because of misstated “facts” that take you in, or else because of an element of self-deception; you believe what you want to believe.

Another factor in this New Moon is a strong presence of Uranus. In the New Moon configuration, Neptune is aspected by Sun, Moon, Venus, Mars, and Uranus, while the Sun and Moon at the 4-degree mark of Aquarius closely square Uranus in early Taurus. This combination of Uranus and Neptune, in world transit cycles, signals the starting moment of new religions, and certainly there is an important spiritual component inherent in this emphasis on Uranus-Neptune. These transpersonal planets are connected by a semi-square of less than one degree of zodiacal longitude, mirroring the semi-square from Sun and Moon to Neptune, so that Neptune, compassionate planetary archetype of One-ness, occupies very nearly the mid-point of the square aspect between Sun/Moon and Uranus. This is a dynamic configuration, and brings new realizations through intuitional levels of our psyche, so that we can become more aware of these by a process of deep introspection, and perhaps only by this means.

Mercury figures strongly in the Aquarius New Moon cycle, as well, right from its very beginning. That is to say, it is prominent in this current New Moon, where it lies at 13 Aquarius, caught up in the Mars-Venus square at similar degrees of Sagittarius and Pisces, and thus also aspecting Neptune. Once it enters Pisces, on the 3rd of February, Mercury will be nearing its retrograde position of 12 Pisces, and from there it travels all the way back to late Aquarius before returning to forward motion on March 9th, and finally escaping its retrograde shadow on March 30th. The prominence of Mercury both now and in February once again stresses the simple truth that we need to be discerning regarding what we see and hear, and the relative truth or falsehood of what we are witnessing. Thus, when Mercury retrogrades in Pisces next month we will have yet another opportunity to explore all that we hold deep inside, and ultimately to act upon it. We must also recognize that there is no substitute for greater consciousness concerning what we are up to, both individually, and as a collective.

The Sabian Symbol for this New Moon might be able to shed further light on what this lunation is attempting to express to us. It is, for the Sun and Moon, in the 5th degree of Aquarius, “A council of ancestors,” reminding us that – as we view the massive current transformations of our society – the past is prologue. Marc Edmund Jones, who caused these symbols to come into being nearly one hundred years ago, comments upon “the enduring reality which (humankind) creates in the over-all ideal we accept for ourselves” and states, “Self ultimately must fulfill itself – (engendering) power through absolute self-integrity.” May this indeed be so for every one of us, as we continue to navigate our way through the maelstrom of our current cultural disintegration, and its rebuilding itself upon the ashes of the old. 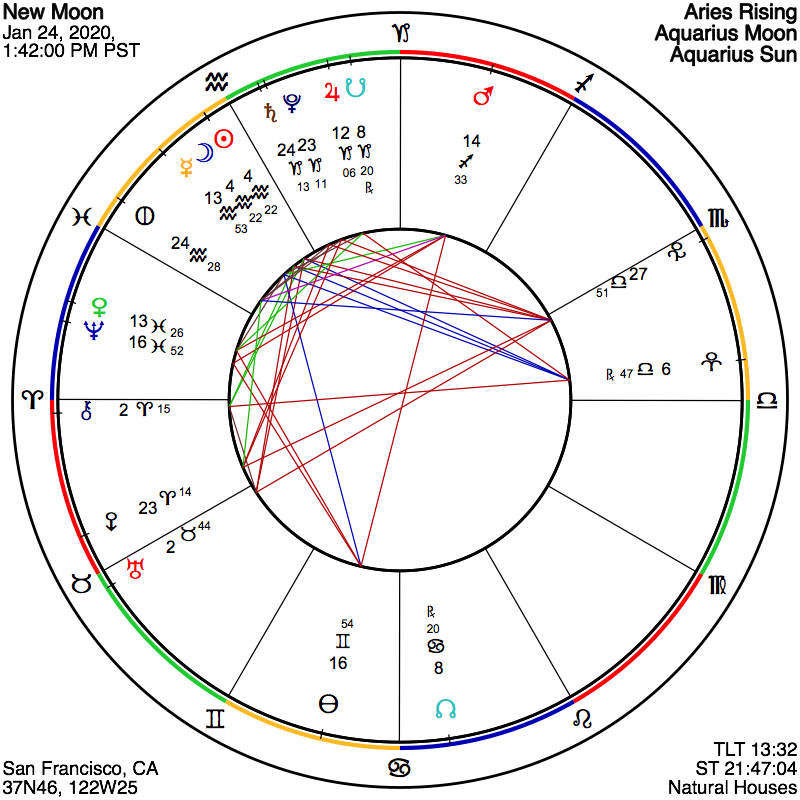