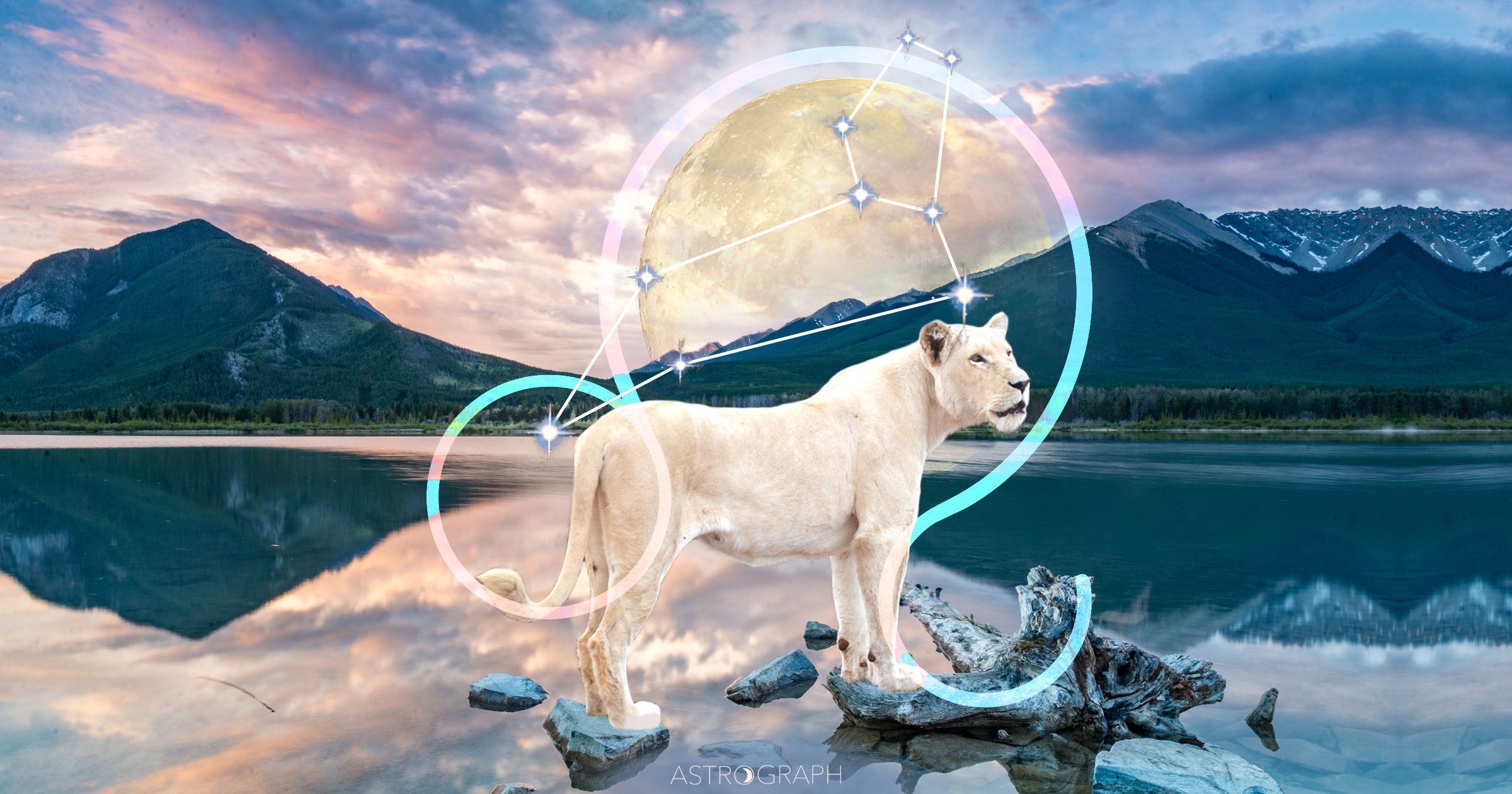 A Leo Full Moon of Activism, Idealism, and Inner Recognition

Posted on February 6, 2020 in Configurations |
By Henry Seltzer for ASTROGRAPH Horoscopes

The Leo Full Moon of late evening February 8th on the west coast, early morning the 9th for points further east, makes for a fitting capstone to the dramatic Aquarius New Moon from last month that began the current cycle. This time the Leo Moon, at 20 + degrees of the sign, makes a grand trine in Fire with Eris in Aries and Mars in Sagittarius, as Venus, prominently conjoined with Neptune in the initial lunation, now joins Chiron the Wounded Healer in Aries in this current one. Eris represents a Feminine Warrior energy in support of deep soul intention, and Mars is action-oriented as well. We thus have an extremely powerful pull towards taking up a strong and committed stance, in accordance with our most deeply held values, and in full recognition of inner wounding, as represented by a powerful dose of Chiron. What does inner wounding have to do with taking up a warrior stance for deep values? They actually go hand-in-hand. It is only by plumbing your very depths that you can come to a concept of your own authenticity; by acknowledging your flaws that you can begin to integrate these and become more whole. And it is only in the light of the fullest self-knowledge, top to bottom, that you can come to a principled stand that is uniquely your own, articulate it, and begin to act upon it. The powerful Eris placement would have you go even further, to not only act upon your most deeply held values, but upon ONLY these, independent of what others may say or normative consensus attitudes, as you lay the tracks for your ongoing and evolutionary authentic activity. As the bible declares, “Ye shall know the truth, and the truth shall make you free.” This statement might remind us as well that freedom-loving Uranus is an important part of the energy of this entire lunation cycle, and this archetype of waking up to who you are, and what you are surrounded by, is based on intuitional knowledge that comes to you from deep inside, provided that you can have the courage to throw away every preconception and simply listen to this subtle inner voice.

Another factor in this Full Moon is the continuing presence of Neptune, highlighted in the previous New Moon lunation because conjuncted by Venus, and aspected then as well by Sun, Moon, Mars, and Uranus. In this current Full Moon timing, Jupiter closely trines Neptune. With all this highlighted Neptune, we will want to note that this archetype of oceanic Oneness also speaks to our ideals. There is as well of course the otherworldly nature of Neptune to consider, antithetical to the practical orientation of Saturn – still powerfully placed in his own sign of Capricorn, conjunct Pluto, and square Eris. We must in this present timing beware of self-deception, and of deception practiced upon us by others. This is even truer, perhaps, as we are attempting to come into the fullest understanding about ourselves in plumbing our depths to get in better touch with our fondest ideals. This is quite an important time for discernment.

In thinking about this powerful placement of Neptune, and where to put our shoulder to the wheel of societal change, as we consider too the strong presence of Uranus and the Aquarius season that we remain in, there is another factor of great interest, and it depends on new planetary archetypes that are currently emerging. I refer to the other KBO planets named by the International Association of Astronomers in recent years, and they have no current plans for any others, namely Haumea and Makemake. These two planetary archetypes can, like Eris, be shown to be powerful in natal astrology, and by transit! My extensive research has shown that, with similar orbital periods they mutually can be characterized as a profound connection to Nature and earth activism. Haumea is the more philosophical, and Makemake the more activist of the two. They both currently lie in the sign of Libra, at 27 + degrees and at 6 + degrees, respectively, and their midpoint of 17 Libra 13 is a mere 8 minutes of a degree away from the position of Neptune in this Full Moon configuration; to Neptune in Pisces, an exact inconjunct (or quincunx) aspect. This tells me that the overriding ideal of earth activism is on the rise both in the spring of this year of 2020 and also during the remainder of this specific month.

As the local politics here in the US would also indicate, when the urgency regarding climate change is clear, and when one national party has chosen to literally keep their heads in the sand on this issue, with their hands over their ears, la-la-la can’t hear you, as this election cycle heats up so too will the rhetoric about the significant issue of climate change. Hopefully, the ultimate level of action regarding this crucial societal emergency will also rise. And, as Eris is so powerfully telling us, we will all need to be involved. 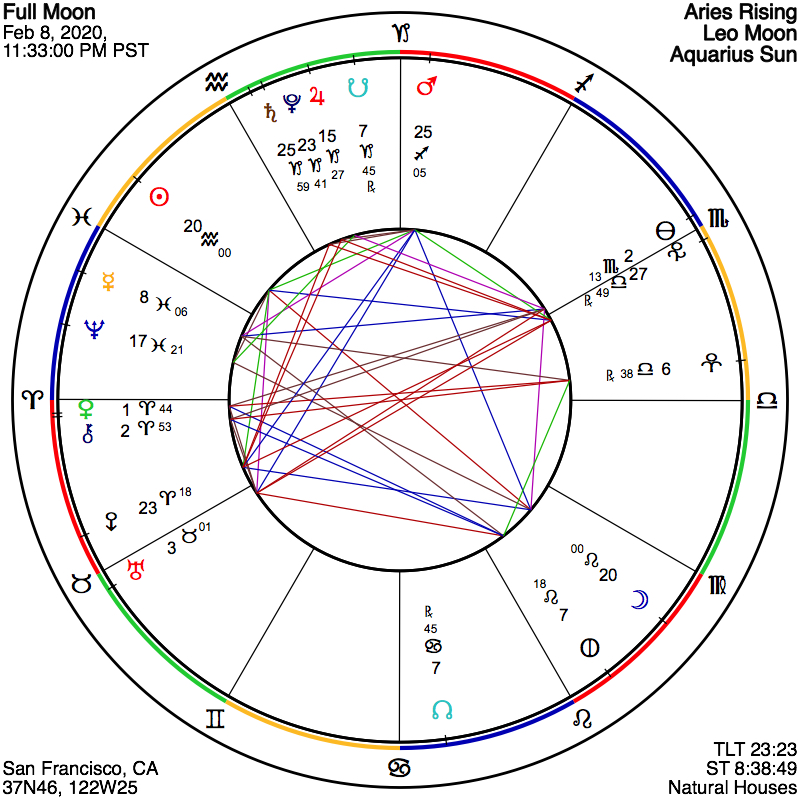