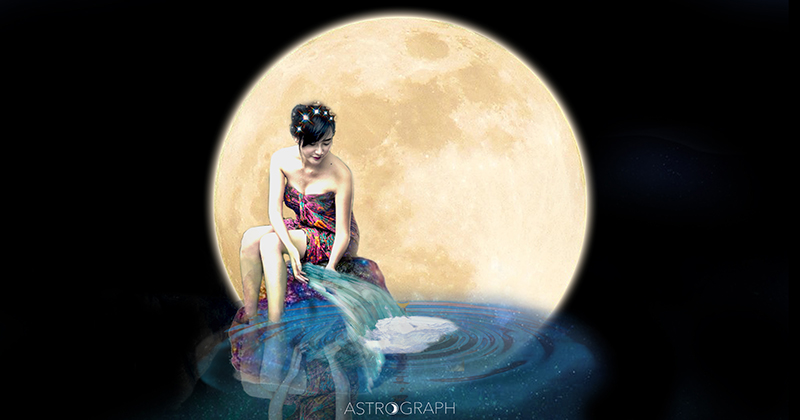 A Full Moon of Surprising Events and Unexpected Enlightenment

Posted on August 5, 2020 in Configurations |
By Henry Seltzer for ASTROGRAPH Horoscopes

Monday’s Aquarius Full Moon, taking place in the morning of August 3rd, exhibits strong configurations of outer planets that have been quite consistent lately, with the usual suspects: Saturn, Pluto, and the new planet, Eris, Feminine Warrior for soul intention. These are all highlighted as the T-square from Eris and Haumea to Jupiter-Pluto-Saturn continues into the August cycle. Haumea, named for the creation goddess of the Hawaiian culture, is another of these new planets beyond Pluto, and the astrological archetype seems to be involved with many varieties of “profound connection to Nature.” These are all quite interesting of course, and in their combination indicates that the Covid cultural reset is still going strong, and that it features not only massive structural transformation of the society, and of the individuals within it struggling to find their way forward, but also the idea that it is high time for each and every one of us to make their bottom-line values fully known, to themselves and to others, and to begin to act upon these, in accordance with a growing awareness and respect for natural law.

That much is quite similar to the key lunations of prior late spring and early summer months. This potent Full Moon, with Sun and Moon opposite each other at 11 + degrees of the signs of Leo and Aquarius, is additionally and startlingly configured with Sun and Moon precisely square to Uranus in Taurus, just as Uranus is also slowing down, preparing to station to retrograde motion on August 15th. In this Full Moon, therefore, we find greatly highlighted the planetary archetype of The Trickster, implying that we must plan to have no plan, and, even more than in past chaotic weeks, to expect the unexpected.

On the collective level, the progress of the coronavirus itself might bring surprises, worldwide, and certainly here in the U.S. where the pandemic has never been fully under control, and where finding the means of adequate testing continues to be a major problem. Here we could see signs of improvement, or also perhaps more difficulties, as the nation gears up for school in the fall and as Washington tries to resolve its deadlock and provide disparately needed economic aid to state governments and to the less fortunate members of the society, what you might call the 99% that is left over from the privileged few, and oftentimes also left out.

As individuals, we must be alert to continuing trials and evolutionary changes within our own lives as well. With the first half of the month of August, we are also likely to be dealing with surprising and even startling events. As is usual, however, with whatever the Cosmos manages to throw at us, the more important question is what can we learn from it? We will want to remember as we do, that, like teens being left back in their grades, those that ignore the lessons of history are destined to repeat them.

Another factor to keep in mind as we strive to up our game – just as the learning curve that we are attempting to climb becomes even steeper – is that intuition plays a greater role in solving the puzzle of our existence then we normally are willing to give credit for. One mistake is to assume that our vaunted process of logically connecting A with B tells us the entire answer. Another ego-oriented error that we make, when we consider future planning, is to imagine that when we do, we are the only driver of this bus! This is another signature fallacy of this modern age that we find ourselves in, or rather fail to.

So in good conscience, then, all that you can do is to keep on putting one foot ahead of the other while staying as alert as you possibly can to the entire scope of your situation, including the messages that arise, through intuition, from your deep unconscious, and including, as you are able to, the fullest awareness of what you most deeply believe to be true, for you and for you alone. You must then proceed to act upon this inner knowledge with faith in the universe to see you through. You might not be sure of every step, but you will be sure of one thing, that you have done your very best; and that alone is often enough.

The Sabian Symbols for this New Moon have, as usual, something to contribute. The first one is, for the Moon, in the twelfth degree (11 +) of Aquarius, “People on stairs graduated upwards,” comically reminding us of our lofty goal, to “graduate upwards.” We might understand this symbol as metaphor for the various stages of evolutionary development that, in looking over the sea of humanity, we can encounter. Marc Edmund Jones, who caused these symbols to be created nearly 100 years ago, has, “this is (emblematic of) the inherent differences among human kind which enable (one) to share any endeavor with (one’s) fellow humans whenever they prove to be either more or less competent than (oneself). There are limitless levels of momentary consummation, but no one of these alone (amounts to) ultimate self-fulfillment.” Such fulfillment in the end needs all of us. For the Sun, in the same degree of Leo, we find, “An evening lawn party.” This can be thought of as enunciating a similar theme of common humanity, and the variety of its members. Jones references, “the inherent normality through which (one) shares the fruits of personal accomplishment with (one’s) intimates and neighbors… genuine social maturity.” Normality post-Covid that is. These symbols may provide us with a welcome reminder that we are all in this together, attempting to power the same boat through the same waves, sink or swim. It is indeed up to each one of us to make the decision in favor of the latter eventuality. 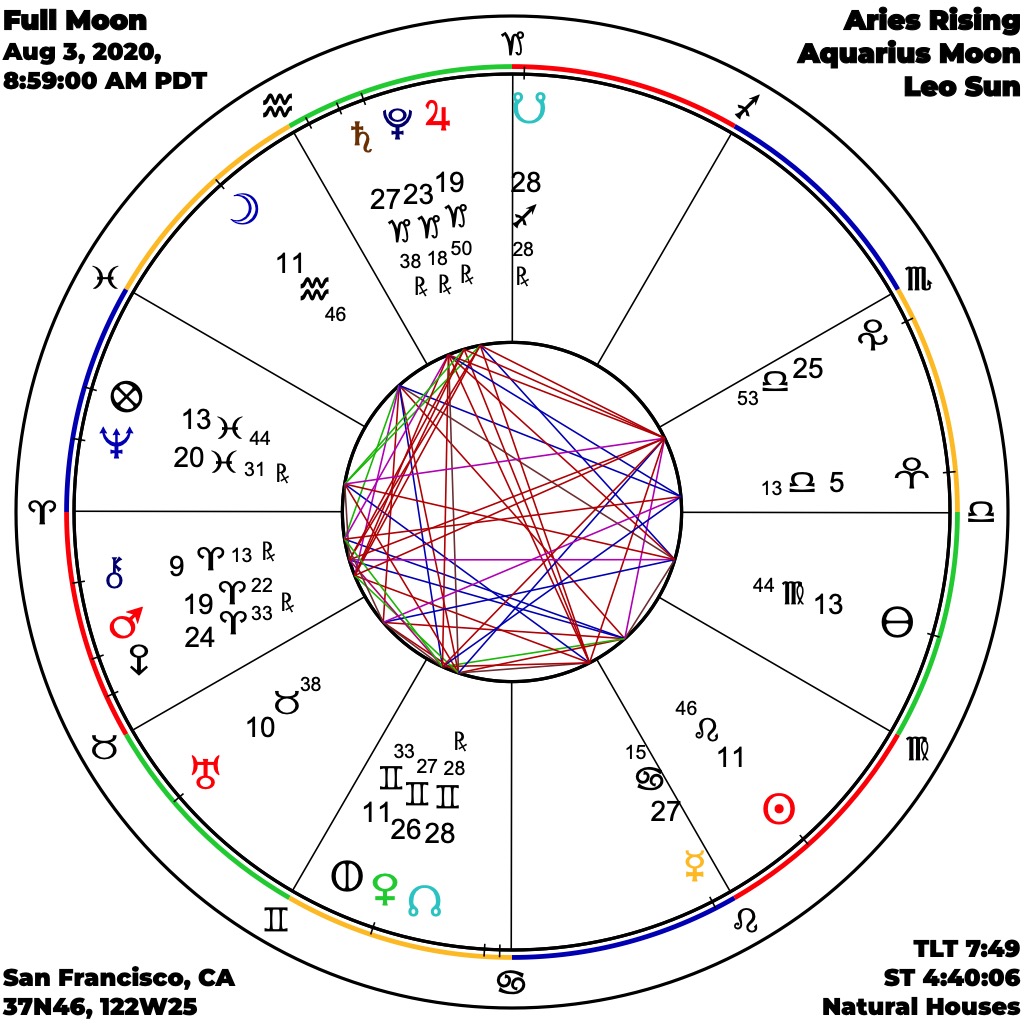 The Astrology of September 2020 The Sun is in Libra