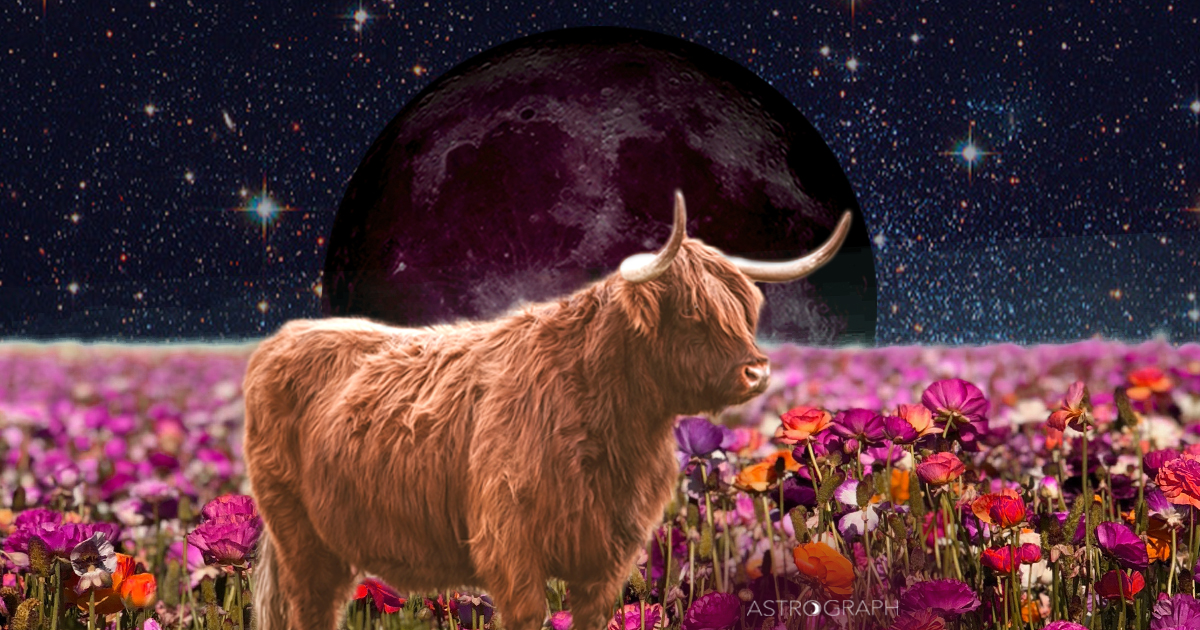 A New Moon of Confusion, Transformational Change, and Hope for the Future

Posted on May 4, 2019 in Configurations |
By Henry Seltzer for ASTROGRAPH Horoscopes

The Taurus New Moon taking place on Saturday, May 4th, in mid- afternoon on the West Coast, early to late evening for points east, is another powerful lunation, mostly due to the highlighted presence of Pluto conjunct a slow-moving Saturn, as well as the potent presence of both Uranus and Neptune. Pluto is especially prominent, because of the continued presence of Saturn nearby, both conjunct and parallel to Pluto, and also because aspected by Mars, Jupiter, Eris, and the New Moon itself, in trine. These are indications that the transformational stew is bubbling away upon the stove top of the current zeitgeist, troubling nearly everyone. In a way these disruptions are much to be feared, because massive change is difficult to accommodate to; there is always some degree of loss involved. In another way however, we can also rejoice in the idea that at least it won’t be boring. It might help you to remember that change is not only inevitable, but also useful in facilitating the flow of your individual personal evolution. It also helps when you recognize that life itself is change.

Although this extremely highlighted presence of Pluto is the principle agent of transformation in the current skies, signifying that for the next thirty days we are really in for it, in terms of the disruption that major structural metamorphosis always brings, it is interesting in addition to contemplate the strong presence also of Uranus and Neptune in this New Moon configuration; Uranus lies in perfect semi-square to Neptune, to within 6 minutes of a degree! Uranus is also closely semi-sextile to Chiron and parallel to the Moon. The function of this trickster archetype is to awaken us to possibility, to the potential of a different way to do things. We may well expect to see, over the course of this current cycle, a continuation of the series of synchronicities and strange events that have accompanied the prior one. And, as far as Neptune, highlighted in this New Moon configuration by aspects from Venus, Uranus, plus the Sun and Moon, we might expect a continuation of confusion, illusion, outright deception, cries of “fake news,” and beneath it all, an otherworldly and fundamentally spiritual approach.

The Pluto-Saturn conjunction is close now, as described above, and after pulling away for six months, is ultimately heading for it’s actual perfection the end of this year and the beginning of the next, followed by another hiatus, after which Saturn becomes close to another exact alignment – joined in that climactic moment by Jupiter in a notable triple conjunction – around the timing of the November 2020 election here in the United States. Historically, Saturn and Pluto in dynamic combination, by conjunction, opposition, or square, have always heralded difficult times including the start of both WWI and WWII, as well as the Cold War, and the various conflicts of the Middle East. These coming alignments at both the beginning and also near the end of 2020 will likely be another such period of dire events and war-like responses. What we can see already domestically in the U.S. appears to be a difficult collision of conservative and progressive forces that has been escalating, over many months now, to ever greater and more violent clashes. This month itself therefore provides clues to what our future could hold in store for us over the next few years at collective levels. In individual terms, we may read this current symbolism as: conservative thinking, being motivated by fears, contraction of possibility, authoritarianism, all within each of our individual psyches. This factor is also, however, to be offset by the strongly placed presence of other archetypes as indicated above; by a spiritual mandate symbolized by the strong Uranus-Neptune presence, and the hopeful optimism revealed in the highlighted presence of expansive Jupiter.

The massive transformational tenor of these times call for brave action in response, and that is where the new planet, Eris, comes in. Eris, mythologically the sister of the ancient Greek God of War, is also extremely highlighted in the New Moon configuration, being in partile square with Pluto, and aspected by Mars, Jupiter, and Haumea, another of these new officially named KBOs signifying a profound and active connection with Nature. Because Eris, like Pluto, also goes to depth, she represents a feminine warrior energy in support of deep soul intention. The symbolism of Eris tells us that if you can identify what you truly stand for, at the level of your deepest underlying values and desires, and go at the world from that basis, you no longer need to feel helpless or unmotivated. You have done your best, according to who you uniquely are, so that your life indeed has meaning, and you can rest content in that assurance. With Uranus-Neptune, and also Jupiter, so greatly highlighted in this New Moon configuration, that is the message as well of this powerful lunation: in spite of everything, get out there anyway, and do your best.

The Sabian Symbol for this New Moon degree, the 15th degree of Taurus (14+) has further support for us: “A man, muffled up, with a rakish silk hat.” In terms of 1920s fashion, when these symbols were created, this person has style, and exemplifies optimism in the face of difficult weather. Marc Edmund Jones has this to say: “a symbol of absolute self-integrity… the human spirit in its inherent supremacy over all possible limitations… a sure dramatization of self… the constant rediscovery of greater powers latent in selfhood.” For all of us, as we navigate these trying times, may this be so. 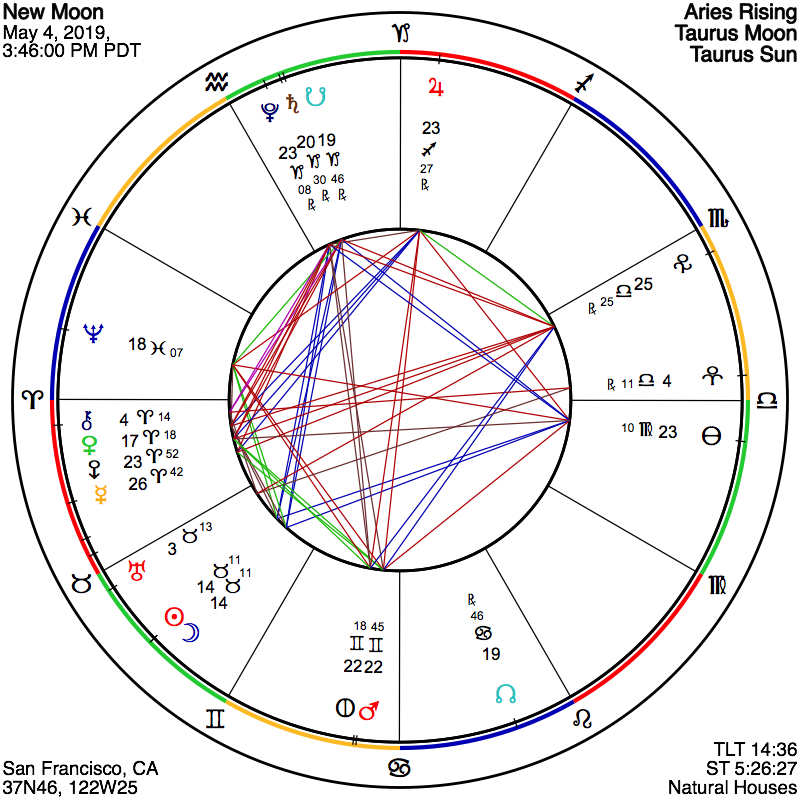