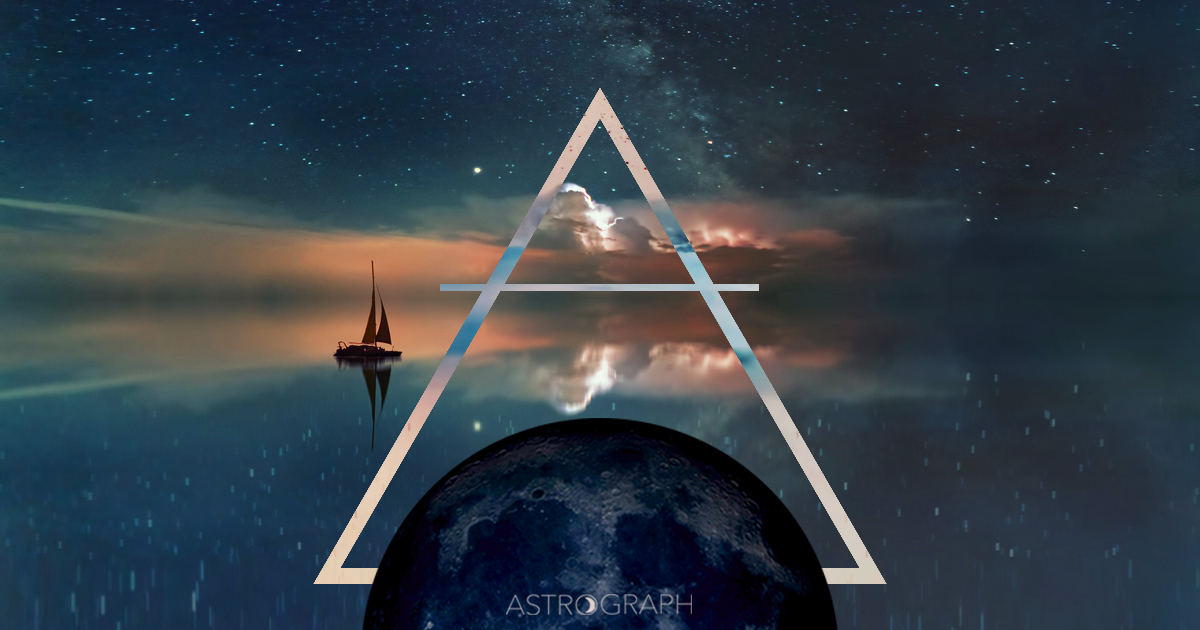 A New Moon of Awakening to Transformative Intent

Posted on February 2, 2019 in Configurations |
By Henry Seltzer for ASTROGRAPH Horoscopes

The Aquarius New Moon that takes place on Monday, February 4th, represents another in the ongoing series of lunations with powerful outer planet configurations. This one is especially noticeable, because Saturn and Neptune, in partile sextile with each other, at the 15-degree mark of their respective signs, are highlighted by the New Moon at their same-degree midpoint of 15 Aquarius. Additionally, Pluto, tied to Saturn by a close forming parallel, is squared by Mars and Eris, while Uranus is aspected by the Sun and Moon, in quintile, and also by a trine from Venus (in semi-square with the New Moon) and by a parallel from Mars. This New Moon therefore strongly features the outer planet energies of Saturn, Uranus, Neptune, and Pluto, and brings back a significant hit of the Uranus-Pluto square, still active until 2020, that is the defining astrological aspect of the 20 teens. This speaks to the issue of our own personal evolution, and this decade’s relentless changes on individual levels, as well as the massive cultural shift that also we find ourselves in the midst of. We may think of the trickster archetype of Uranus as many things: unexpected events, surprise enlightenment, strong bursts of intuition that connect us to cosmic realities above and beyond what our logical mind is able to detect. Uranus is fundamentally The Awakener, representing a telling shock to the system that reveals the cracks and flaws, the outmoded status quo that needs to change for our continued mental health and well being, preparing the way for what follows; the wrecking ball energy of transformational Pluto, whose essence is death and rebirth. This is in reality merely life being lived. Bob Dylan might have said it best in the midst of the changing times that he was witness to and prophet of in the dynamic sixties, when he wrote that “everybody not busy being born is busy dying.”

Another interesting factor in this New Moon is the highlighted presence of Venus, newly entered into Capricorn and therefore elevated in the natural chart that has Aries at the Ascendant. Because Venus occupies the second degree of Capricorn, or the 1-plus degree mark, there is a close semi-square to the Sun and the Moon in this New Moon configuration, as indicated above, plus the trine with Uranus. As relationship considerations come up in the thirty days following this potent lunation, we are thus likely to encounter issues of awakening in this area as well. You might want to ask yourself, what is it about your current relationship dynamic that needs to change, to be exposed to a fresh set of insights ? This could apply to prospective partners as well, of course, or to business partnerships. Perhaps more spaciousness – also symbolized by Uranus – is required; or else changes are indicated that will allow you to break out of habitual ruts or dysfunctional patterns based on ancient wounding, that could be getting in your way as you attempt to evolve.

Another philosophical consideration with this New Moon, so balanced between Saturn and Neptune in their close sextile aspect, is to explore the nature of these significant astrological archetypes. As has been discussed, these are in many ways antithetical to each other; Saturn so grounded and limited, tied to the practical considerations of the physical world, while Neptune in stark contrast is quite unbounded, erasing boundaries instead of reinforcing them, coming as he does from an other-dimensional locale beyond the physical plane, best exemplified in poetry, music, and dance. And yet, in the configuration of this New Moon, these two are in connection with each other. You see this aspect in the charts of mythologists, who are responsible for making concrete utilization of otherworldly planes of existence; bring them down to the real. You can also see this as weakening the grip of Saturn to be in complete control. Rather, an acceptance of a lack of ultimate control may instead be what is called for. While we must use caution regarding the potential for self-deception, or about accepting statements of truth at face value, the best use of this complex amalgam of practicality and fantasy may be to revel in the wonder of it all, not to take any and all limitations too very seriously. This implies that you at least consider staying open to possibility and of being unafraid of what might happen to disrupt any kind of tightrope walk out over the abyss of potential disaster.

The Sabian Symbols for this New Moon degree, and for the same degree of Capricorn and of Pisces, the degrees where Saturn and Neptune reside, are interesting in regard to the above musings. They are as follows. For the Sun and Moon, in the sixteenth degree of Aquarius, we find, “A big-business man at his desk.” This might remind us of the billionaire class that to some extent run things in this country, and elsewhere, but the fundamental meaning is competency in handling life challenges. Marc Edmund Jones comments on, “personal stability through organizational powers,” and “effective self-realization through achievement.” We can apply this symbol to our drive for perfection, as we extend our reach toward good and useful works, and personal excellence. This idea of the perfection of individual achievement leaves something to be desired, however, and that is the poetic Neptunian motivation. This competing ideal is summarized in the Sabian Symbol for the same degree of Pisces, where in fact Neptune currently resides; this symbol being “The flow of inspiration.” The symbol for Saturn’s degree in Capricorn, equally the sixteenth, is also relevant, being “Boys and girls in gymnasium suits,” which calls to mind the social forces swirling around us as well, taking us beyond mere individualism. Jones writes, “the individual is called upon to cooperate in a continual estimation and re-estimation of his [or her] powers and capacities by his fellows… an effective appreciation of joint action.” Indeed we cannot go it alone. As much as we bring to the table, all on our own, it finds meaning and effectiveness to the extent that we can make it work for the surrounding culture in which we have our life and our being. We win when we find that we are able, in all our strivings, to serve to nudge our society a little closer to the goals that we feel, in our heart of hearts, that it ultimately needs to get to. 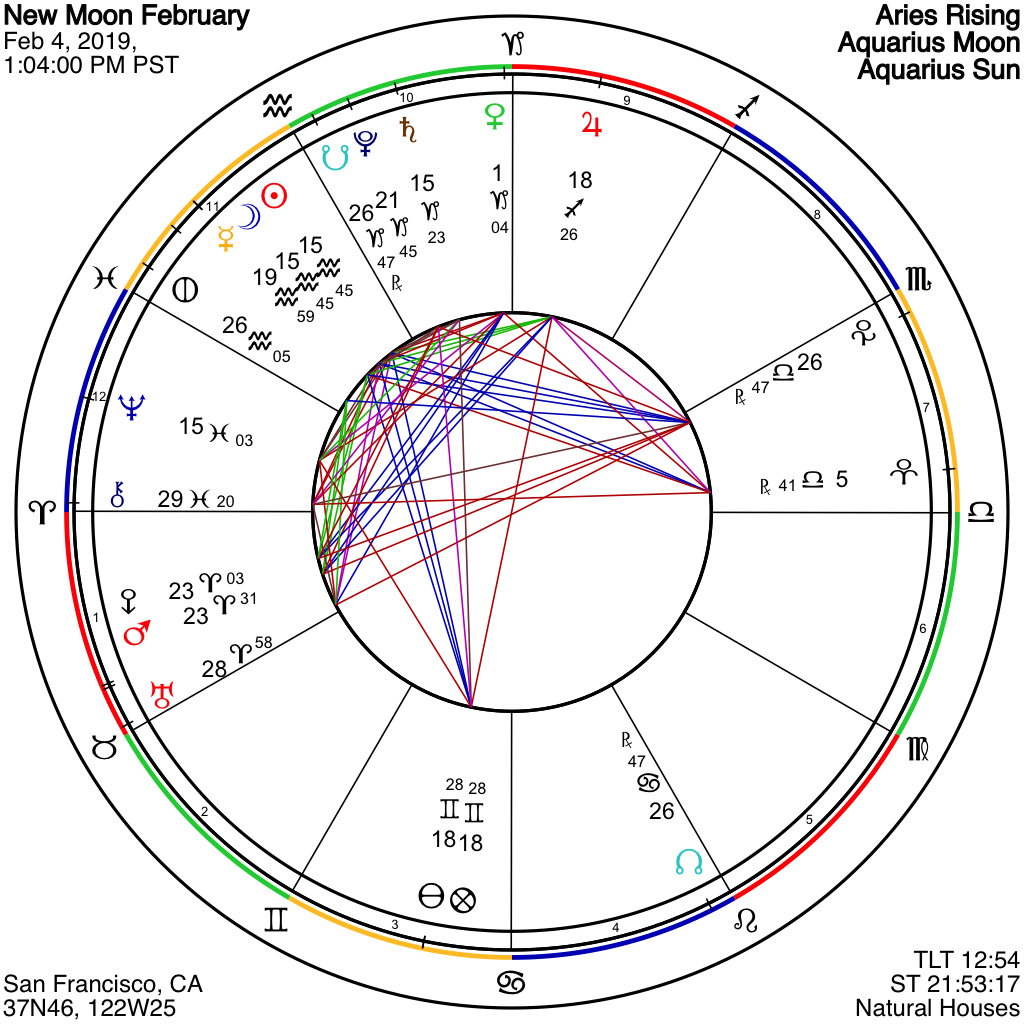