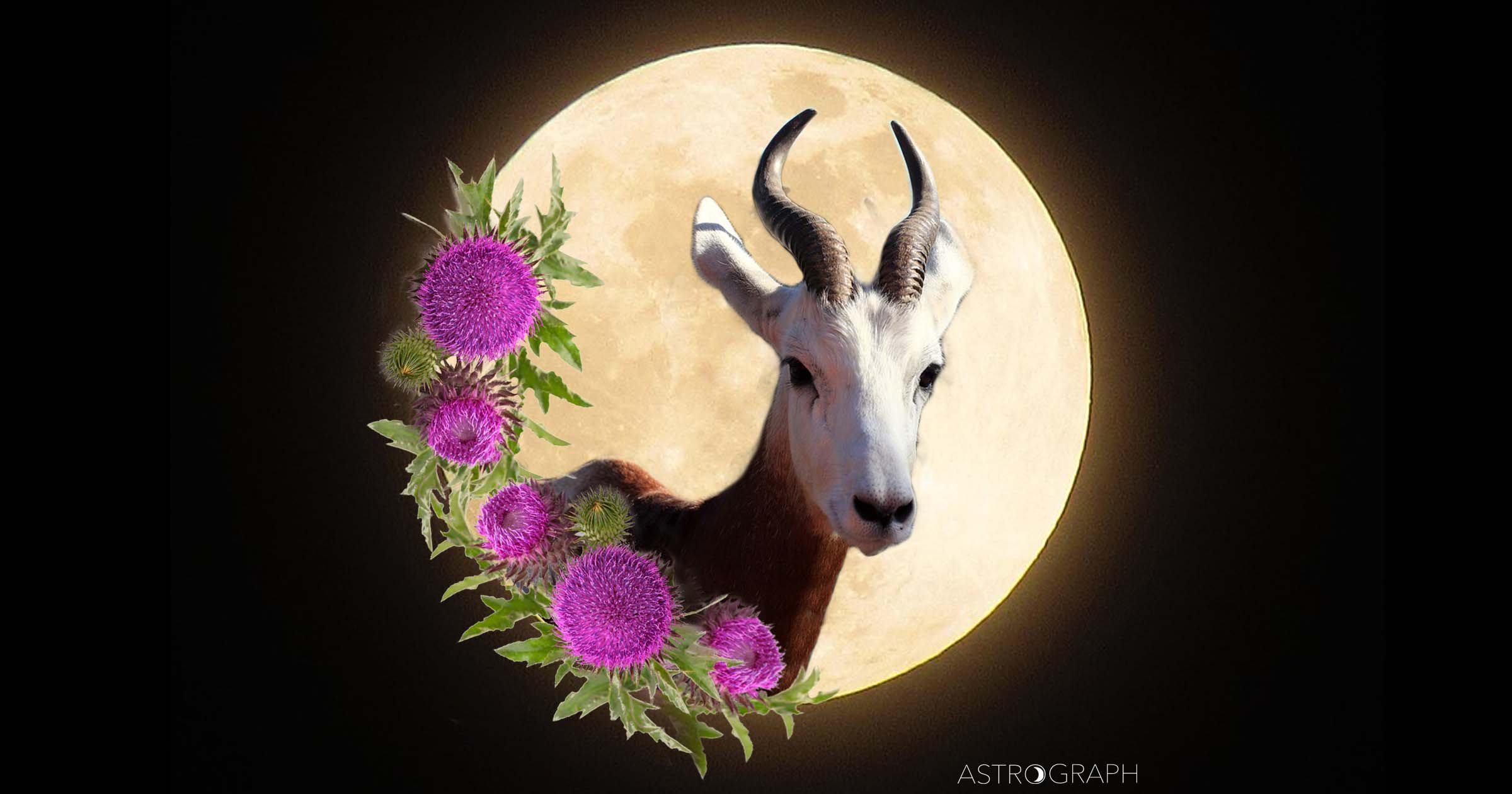 An Aries Full Moon of Troubling Realization and Concrete Action

Posted on September 22, 2018 in Configurations |
By Henry Seltzer for ASTROGRAPH Horoscopes

Monday evening’s Full Moon in early Aries takes place at 7:52 PM on September 24th, PDT, and of course this would be late evening in Washington DC, early morning the next day in Europe and points east. The two quite significant features of this Full Moon configuration are the conjunction of the Moon with Chiron at the Aries Point, and the T-square that the Sun and Moon in their opposition make to an extremely prominent Saturn in Capricorn. The Sun and Moon also closely aspect Uranus in Taurus. This is an incredibly dynamic configuration, emphasizing the inherent difficulty of these times that we are currently living through. As is also indicated by the outer planet emphasis of the preceding New Moon from September 9th, we are involved in an intensely transformational cycle that began early in the summer, and has been going strong ever since. The polarization of these times is clearly represented by the close 1-degree major aspect between Uranus, now in the second degree of Taurus, and prominent Saturn. When we look around, and digest the news headlines, certainly in America at least, the battle between progressive and conservative elements of society seems to be heating up even further, with the fight to confirm or to deny the recent Supreme Court nominee with strongly conservative, even reactionary, predilections, and who in a dramatic turn of events has been accused by a highly respected psychology professor of attempted rape thirty years ago. The outcome in the Senate remains completely up in the air as of this writing. The stars give no clue to the ultimate outcome, although the Saturn and Uranus empowerment of this Full Moon is indication that these deep societal divisions will intensify even further in the coming weeks.

In our individual lives as well, we will want to pay attention to these cosmic indicators. Where in your current decision process do you feel conflicted regarding staying the course versus jumping ahead? You might also want to think about what factors you can bring into consideration, such as deep intuition (the province of Uranus) and also a practical list of benefits and risks (Saturn). At times it might be that the practical must be allowed to win out, before we go shooting off into outer space, while at others it might be that it is only our fear that is holding us back from something that could be truly wonderful. With so much Chiron in the current astrological mix there is actually a real possibility of hesitation due to lack of confidence in ourselves, so that we need to pay close attention to where our fears are driving us. There is also to be found a wealth of understanding that we can gain concerning our inner dynamics and integrating the residue of early trauma.

The American nation itself is at a painful place itself right now. A Supreme Court nominee has been accused of sexual misconduct. Immigrant families at the border, many with lawful asylum claims, have had their children taken from them and interred separately and in perhaps 500 of these cases the children have not yet been reunited. The president himself is in danger of legal action as a result of financial misconduct. All these things are quite painful, at least for anyone who has been paying attention. The strong square aspect between prominent Saturn and Chiron, repeated in this Full Moon, representing the wound of the perception of misplaced authority, is very much with us, as individuals and as a society.

Mars, returned to the sign of Aquarius, and only now beginning to emerge from his retrograde shadow, late August and early September having dipped into Capricorn while moving backward, represents another connection to Saturn. Mars, closely aspected by the Sun and Moon in this Full Moon configuration, is also semi-sextile and parallel to Saturn. This means that it is extremely difficult to get things done, and that we are very circumspect in examining what we are up to as we actualize on our desires and goals. We have been in a process all summer of attempting to understand our true motivation.

In this regard it is also fascinating to consider the continued prominence of Eris, feminine warrior for deep soul intention, still in the 24th degree of Aries through to the end of the year, and there opposed by Haumea, another one of these new “dwarf” planets that have recently been discovered and named. Haumea represents a profound connection with Nature, a motif that is of course entirely topical for these fractious times, when the earth itself – along with its habitats and its climate – is in danger. This opposition brings the Eris archetype to continued prominence, which enjoins us to dig deep and uncover what it is that we most sincerely espouse. Once it is that we comprehend our most profound values, we can begin to act upon this awareness. Thus we may yet become both woke and active as we begin to emerge from a climactic year, and head into another with the advent of 2019.

The Sabian symbols for this Full Moon configuration are, as usual, revealing. They are, for the Moon, in the second degree of Aries, “A comedian entertaining a group,” which reminds us of an oblique approach to leadership, whereby we can take an abstract perspective and even laugh at ourselves and our situation. Marc Edmund Jones, who caused these symbols to be created nearly one hundred years ago, mentions “the mirror which life holds up to itself,” and also states that, “Here is man’s heightened individuality as he [or she] discovers that he [or she] may play whatever role is useful in each momentary contact with others [gaining] continual self-reassurance.” For the Sun, in the same degree of Libra, we find, “The light of the sixth race transmuted to the seventh.” This is a somewhat mysterious symbol, however obviously referencing societal evolution. Jones comments that “each new generation may see itself reflected in its own past,” and “every individual is seen within full reach of his [or her] own ultimate potential.” Indeed, when we strive for the very highest that we can find within us, we win, not only for ourselves, but also on the part of society itself, which lies waiting like a passionate lover for each of us to make our own particular contribution. 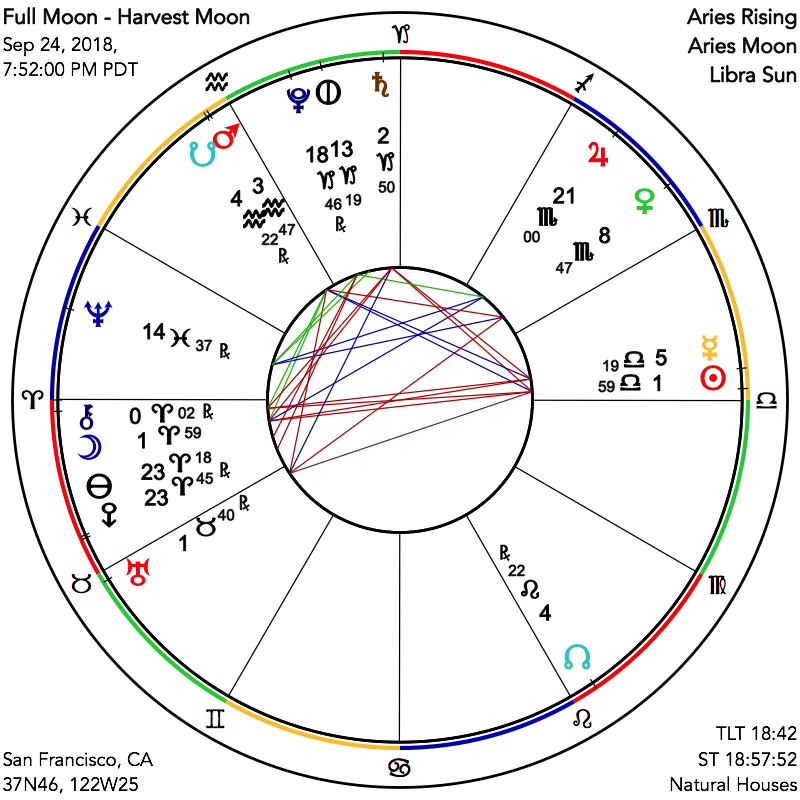