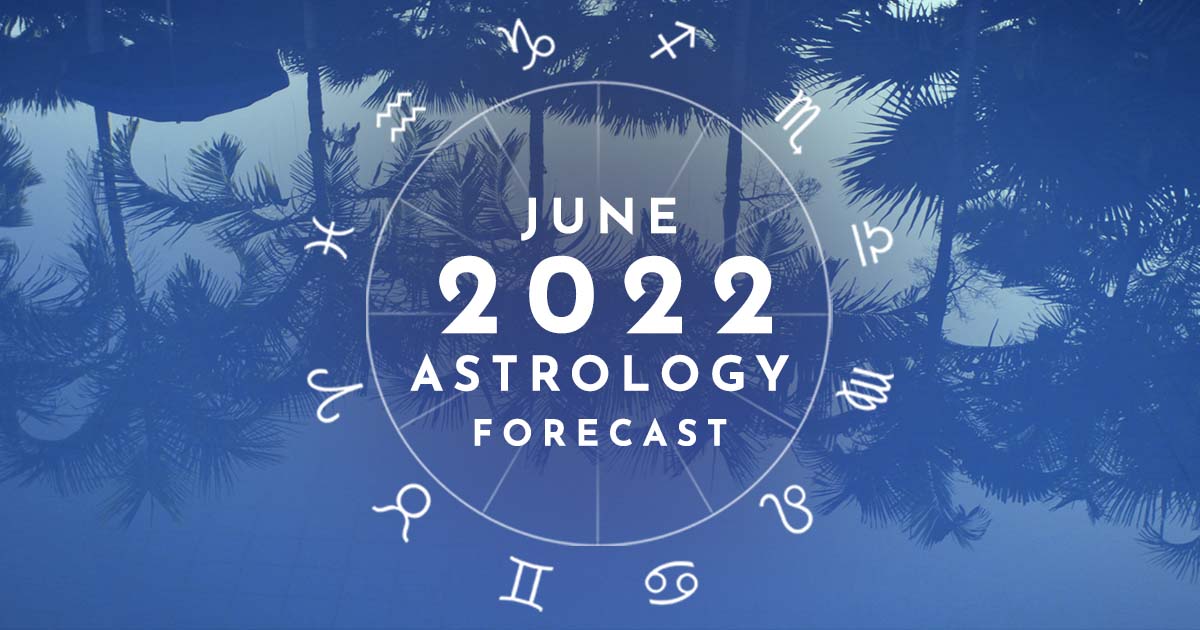 A June Month of Getting Our Bearings

Posted on May 31, 2022 in Overviews |
By Henry Seltzer for ASTROGRAPH Horoscopes

As June begins, its nature astrologically is represented by the Gemini New Moon of May 30th that launched the thirty-day lunation cycle taking up its first 28 days. Because Mercury remains in retrograde motion as June begins, trine Pluto and square Saturn, there is an element of transformation right from the start that affects us mentally, in the way that we conceptualize the world around us and articulate what we see. Mars and Jupiter in conjunction in Aries make for an action orientation, and we will want to be asking ourselves which direction that impulse should take. Our values in general are undergoing an enormous shift and we do well to pay attention to everything that is coming up for us, turning a weather eye to the events of our own lives, which – rather than as arbitrary happenings for good or for ill – are better viewed as signals for attitudes or places within ourselves in need of adjustment. This is that kind of time it is right now, ripe ground for necessary course correction at both an individual and a collective level. There is ample evidence that we culturally could be on a better path than we actually are on, and that responding entirely locally, each within our own mind and heart, might be the best way to move ourselves forward.

Mercury stations to direct motion on June 3rd, in a close square of less than 1 degree to a stationing Saturn, a Saturn that is turning to retrograde motion the very next day. With both of these planets standing still in the sky, this important square alignment between personal and outer planet really lasts from May 30th until June 8th (within 2 degrees). Also, even though Mercury turns direct early in June, its shadow period lasts until June 18th, when Mercury regains the 6th degree of Gemini, where it started. All this time the issues raised during the last half of the preceding month and the first half of this one get closer to becoming resolved.

This could indeed be the month for establishing some kind of plan for yourself if you are willing to wait for its second half before beginning to get your ducks more or less in a row. The Sagittarius Full Moon of June 14th is potent and triggers the outer planet archetypes of Pluto, Saturn, Neptune in his own sign, and Eris in Aries. This latter archetype of the Feminine Warrior insists that whatever you decide to do, it must come strictly from your own deep principles or it will be essentially a bust. With Eris in the equation, when you do manage to align with your deepest principles and values, you can move mountains.

The Cancer Solstice that takes place on June 21st marks another important chart for this monthly journey, featuring the Sun at the beginning of Cancer in square with the Moon newly entered into Aries. This indicates a certain degree of tension, it is true, being part of the Last Quarter lunar phase that noted 20th century astrologer Dane Rudhyar termed a “crisis in consciousness.” An Aries stellium of five planets brings loads of energy for moving ahead and the Solar Ingress signals that new attitudes and patterns could be emerging.

The Gemini New Moon that began the month and featured Mars in his own sign of Aries in conjunction with expansive Jupiter represented an initial green light go power signature to start us off that only needs to be pointed in the right direction, although that very pointing is, as they say, the rub. It might take some careful thought and analysis to determine where to steer yourself and your dedication to your pathway forward in the midst of a complex year of change that never seems to settle down but instead keeps on getting more chaotic and even violent. We are, as a culture, between two extremes of a dying and outmoded set of standards and an unformed and shakily alternative one. A wise man once said about this kind of a period: “Do not dwell on the chaos, but await the birth.”