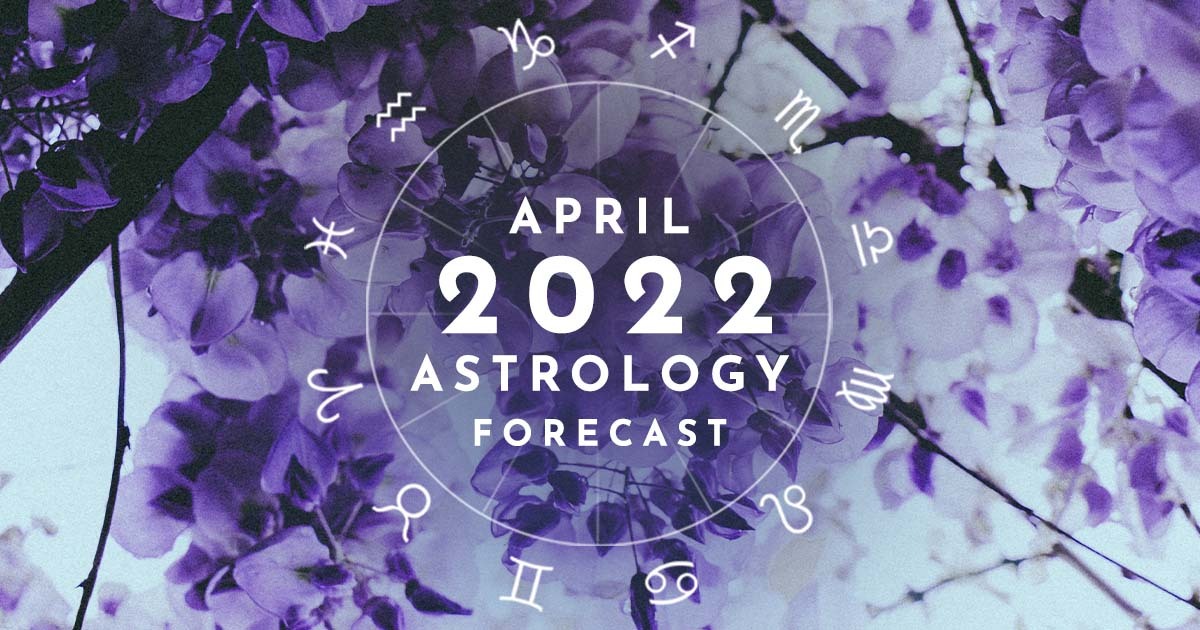 An April Month of Calm Meditation and Ongoing Transformation

Posted on March 31, 2022 in Overviews |
By Henry Seltzer for ASTROGRAPH Horoscopes

April dawns upon us on Friday, the 1st, and with that beginning also dawns the brand new Aries lunation cycle right along with it, so that these two important beginnings, calendrical and astrological are, for this particular month, identical. This startlingly potent lunation cycle of thirty days’ duration, the time encompassed by the period from New Moon to New Moon, is thus nearly the same as the span of the April calendar month. In taking a look at what makes this such a powerful lunation, we might first suggest the aspected presence of two outer planets, Uranus and Pluto. Together, they signal evolutionary and, indeed, revolutionary changes that need to happen. The New Moon at 11 + degrees of Aries is closely semi-sextile to the position of Uranus at 12 degrees of Taurus, and also forms a quintile to Pluto in late Capricorn. The Sun and Moon in this configuration are closely conjunct Chiron and that is another significant factor. This highlighted presence of Chiron, the Wounded Healer reminds us of the world headlines. There we see the pain and suffering of the Ukrainian people amidst the bombing of civilian populations in violation of modern global norms and international law; the collision of democratic ideals and authoritarianism; and the blatant attack on the peaceful democracy of Ukraine by authoritarian forces as represented by the absolute dictator/despot who currently leads Russia.

The pain that we observe in the collective from this and other violations of sane and kind behavior is echoed as always by the individual pain that each one of us feels at observing the imperfections of our own personal evolution. Who indeed can say that they do not, deep inside, have some of that same difficult, dark passion operating? And, of course, the prescription is that we attempt to heal the hurt and potentially walled-off places within us by paying more loving and closer attention to them. These are in most cases the residue of unresolved childhood trauma. Their discovery, soothing, and metamorphosis that we need to allow to happen is our ongoing task, as is made clear by the prominent positions of electrifying Uranus and transformative Pluto in the lunations of April. In the case of Pluto we alluded to the New Moon. We note that he is even more dramatically brought forward by the emphasis that he receives in the extremely potent Libra Full Moon configuration of Saturday, April 16th.

In both lunations we also see the emphasized presence of ethereal Neptune in Pisces, in forming a conjunction with Jupiter, two degrees away, in the New Moon, and still partile in the timing of the Full. The highlighted presence of Neptune, the third major outer planet, in his rulership of Pisces, signals the potential for deception or confusion, joy and fantasy, and the possibility of attending to an essentially spiritually motivated agenda.

In the mid-month Libra Full Moon, the position of the Sun and Moon at 26 + of their respective signs align with two new KBO planets, Eris and Haumea, at 24 + Aries and 28 + Libra respectively. These four planets make an extremely close T-square to Pluto at 28 ½ Capricorn. Eris represents the Feminine Warrior in support of the deep transformation required to align with soul intention. Haumea is in a way quite similar, representing not only “profound connection to Nature” but as well to natural law, right action and right relationship, the way to be truly kind. And this is an essential piece of what we are all fundamentally striving for, to become the most authentic version of ourselves that we can muster. As the late and esteemed world-class astrologer Alan Oken always said, “It’s the only game in town. Or at least the only one that I am interested in playing.”

With these two important KBO planets, among the three newly officially named ones beyond Pluto, in a close T-square to Pluto supported by Sun and Moon in this month’s Full Moon configuration, we have a clearly laid out task before us. And this relates completely to the glaring deficits we see in our current society as we enter this century’s third decade. As articulated in the telling counter-culture moment of the volatile 1960s – when it was in no way mainstream – this movement must become viable in this newly emerging global society if we are indeed to survive as a species on this Earth. And the way forward is simple; it is that each one of us, in our individual way, must strive to adopt it as the evolutionary development of our own life force.