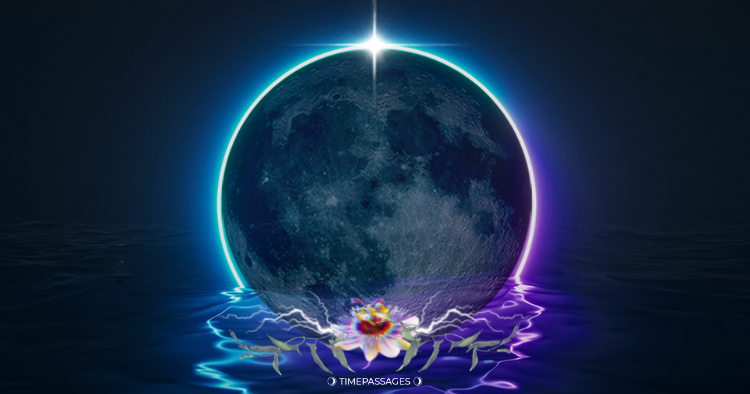 Posted on January 20, 2023 in Configurations |
By Henry Seltzer for ASTROGRAPH Horoscopes

Saturday’s New Moon, taking place in the early degrees of Aquarius at 12:53 PM PT, later in the day for the east coast and Europe, is rather fascinating in the outer planet connections that it harbors. The Sun at 1:33 Aquarius lies in almost perfect square with the new Nature planet, Haumea, at 1 Scorpio. Saturn is at 24 Aquarius in this New Moon configuration, with Venus at 23 degrees, thus is close conjunction to Saturn, and Venus/Saturn is almost exactly sextile Eris in Aries, with Neptune at the midpoint. Mars, newly in direct motion after his retrograde, and still moving slowly, aspects Mercury, now also direct, along with Makemake, another of these new planets beyond Pluto that are coming into current prominence. Haumea and Makemake both speak to our connection with the natural world that surrounds us, also to concepts of natural law, implying compassion for earth’s creatures, and for other humans. All three of these new planetary archetypes within the Kuiper Belt go to depth within the psyche, as does Pluto himself. I think that all this outer planet energy means that we are being tested as a culture, and as individuals, and being asked by the universe to take a stand for fairness, for truth-telling, and for the simplicity of the golden rule that we attempt to treat others the way we would like to be treated in turn. There are many examples in the current zeitgeist of those who try to adhere to these principles and of those who flout them. It is probably safe to say that never has outright lying risen to such a scale in politics, from Russia with its dissembling regarding an unprovoked invasion of a neighboring country, to the halls of Washington DC, where the lie is often shamelessly utilized for political gain. And so the question becomes: who will stand up to that, state the truth, stick to moral principle? Who indeed.

The potent conjunction between Venus and Saturn, given a boost by Eris and Neptune in close aspect, speaks on the one hand to relationship commitment, and on the other to a potential sudden difficulty in connecting to one another, either romantically or in other forms of partnership, therefore a time of running into obstacles in the relationship realm. We are thrown back on ourselves, and we must try our best to measure up. The goal is to do the best that we can in rising to our greatest authenticity. In so doing, we fulfill the birthright that is ours to make use of, or to squander. With Eris so involved in this New Moon configuration, and with Makemake also in this picture with Mars, so recently emerging from his retrograde, there is a touch of activism in all of our agendas now, If we have the will to seize it.

This early Aquarius New Moon also makes an out of sign conjunction with Pluto, in late Capricorn, signifying transformation. As the retrograde of Mercury begins to wind down, there are likely to be factors in our situation that have outgrown their shelf life and need to alter. The recipe for Pluto is always letting go; for the things that no longer serve you, you may very well need to let go, and to let go again, and to keep on letting go. It can be painful to see things change, of course, but it is also exhilarating. And it helps to remember that life itself is change.

Of the other major KBO planet energies in this New Moon configuration that have already been described, the most urgent is Eris, Feminine Warrior in support of soul intention, a mandated special delivery from the universe to strive for your most authentic self, moving forward. She is emphasized by her contact with both Saturn and Neptune in this New Moon, and by Mars, having recently stationed to direct motion, being at 8 Gemini in almost exact semi-square to Eris. With Eris so emphasized, the implication is that it is time, perhaps high time, for us to be getting on with our fundamental task, the unfinished business of our true life mission. We might note that Henry Wadsworth Longfellow, writing in the 19th century, speaks of this in terms that still resonate with us today –

Lives of great men all remind us
We can make our lives sublime,
And, departing, leave behind us
Footprints on the sands of time;

Let us then be up and doing,
With a heart for any fate;
Still achieving still pursuing,
Learn to labor, and to wait. 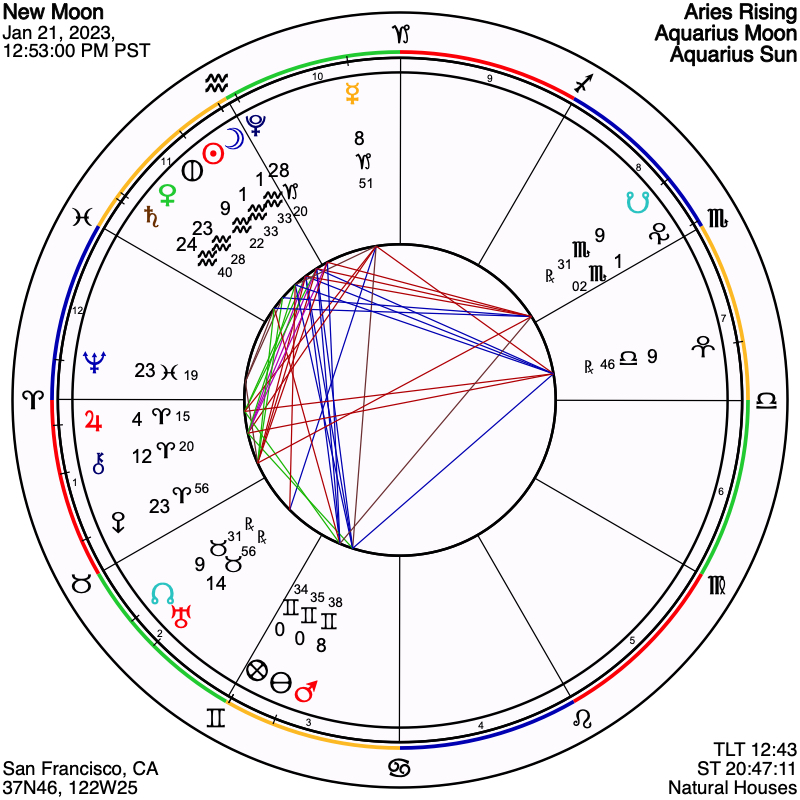