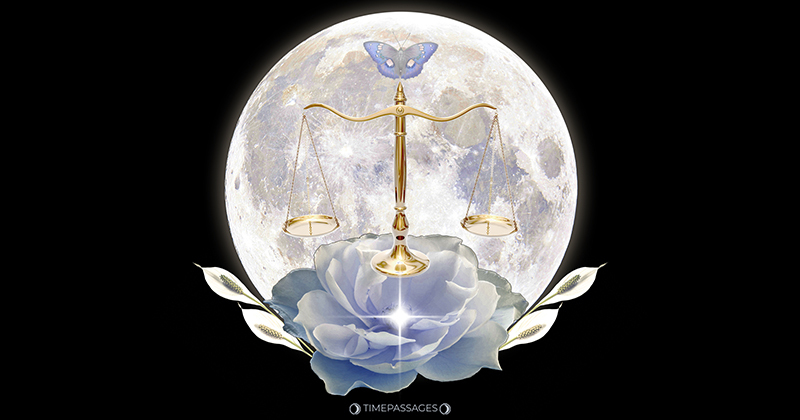 A Full Moon of Transformation and Social Consciousness

Posted on April 15, 2022 in Configurations |
By Henry Seltzer for ASTROGRAPH Horoscopes

The Libra Full Moon taking place on Saturday, April 16, at approximately noon on the west coast, afternoon or evening for points east of that, represents a very significant configuration due to the placement of outer planets in the mix of energies, and a powerful inclusion of new planets beyond Pluto. This is because aligned with Sun and Moon in opposition, at 26 + degrees of Aries and Libra, respectively, there is the Sun’s conjunction with Eris, at 24 Aries, supporting a potent T-square from Sun and Moon to Pluto at 28 degrees of Capricorn. Saturn lies at 23 Aquarius, sextile to Eris, and semi-sextile the partile Jupiter-Neptune conjunction at 24 Pisces, with a midpoint of 24 1/2 . This collision of both numinous and also limiting planetary archetypes is quite significant, additional to the ongoing highlighted presence of transformational Pluto in Capricorn, bringing to the fore the idea of personal evolution, and of attempting to navigate these restrictive and challenging times with a modicum of grace.

That Jupiter and Neptune have recently come together, still conjoined in this Full Moon, is pretty remarkable also. These two are both considered rulers of Pisces, one traditional and one modern; so they are considered stronger in this numinous Water sign and their prominent conjunction brings a softer focus to the proceedings. In the most positive light you might say that there is a thrust toward compassionate acceptance of each other, foibles and all, with an optimistic outlook. That does not match the situation in Ukraine, but it might reflect an opening in our individual lives, or even there. On the downside, Neptune can represent deception, false explanations deliberately intended to mislead, magnified by Jupiter, and we have seen quite a bit of that recently as well, both here and in the information out of Russia involving the devastating Ukrainian invasion.

We also find, in this Full Moon configuration, Uranus in perfect semi-sextile to Chiron, with Mercury conjunct Uranus also. And this astrological symbolism implies surprising revelations of inner wounding on both individual and collective levels. Such are often the background story for difficult or even violent actions in individual domestic settings and at the collective level also.

What we might also recognize – with Pluto so involved – is that the transformation that we are making both individually and collectively, as a culture, is something that we typically resist. It involves losing parts of ourselves that are no longer working, that are dysfunctional in the new situation that we find ourselves in, and giving up the familiar for the unknown is far from easy or comfortable. Like the addict that has “bottomed out,” we usually do not make needful changes until we have to. This Full Moon is urging upon us the recognition that perhaps that time has come.

Certainly we would say that as well for the world situation. After the difficulties of the unending “war against terrorism” that the US has been waging for many years, this latest attack by a superpower on its neighboring country of Ukraine seems, even amidst the brutality and the violations of international law, to have a hidden bright side. While so difficult to witness, much less to live through in the actual battleground, we can see also that it declares more and more clearly that the time has come for this kind of unchecked aggression to become obsolete. This is not a new idea, of course, to say “war no more.” It was annunciated for example particularly clearly during the volatile 1960s. But the hope remains that this difficult decade might somehow become the starting point for real progress on this and other timely issues such as ameliorating climate change.

In this regard it is extremely interesting to reckon with another potent factor in this Full Moon, the partile square between the new KBO planet Haumea, at 28 Libra, and Pluto at 28 Capricorn. This makes the T-square to Pluto from Sun- Eris and the Libra Moon, conjunct Haumea, that much stronger, and reflects a powerful presence of this new astrological archetype emerging into Western Astrology. Haumea represents “profound connection to Nature” and to fundamental principles of natural law, or Perennial Wisdom, right action and right relationship. This includes for example that we respect one another’s body and possessions, principles that are being blatantly violated in the current world situation. There is certainly a growing sense of rebuke on the part of most European and American observers and the possibility, however faint, of potentially finding a way to start reining in the violence.

In our own individual lives, as well, we have the opportunity now to choose what we in our most cherished values believe to be the right way to behave and to carry ourselves forward. And this is our continual challenge: to not only recognize this but to begin to act upon it. 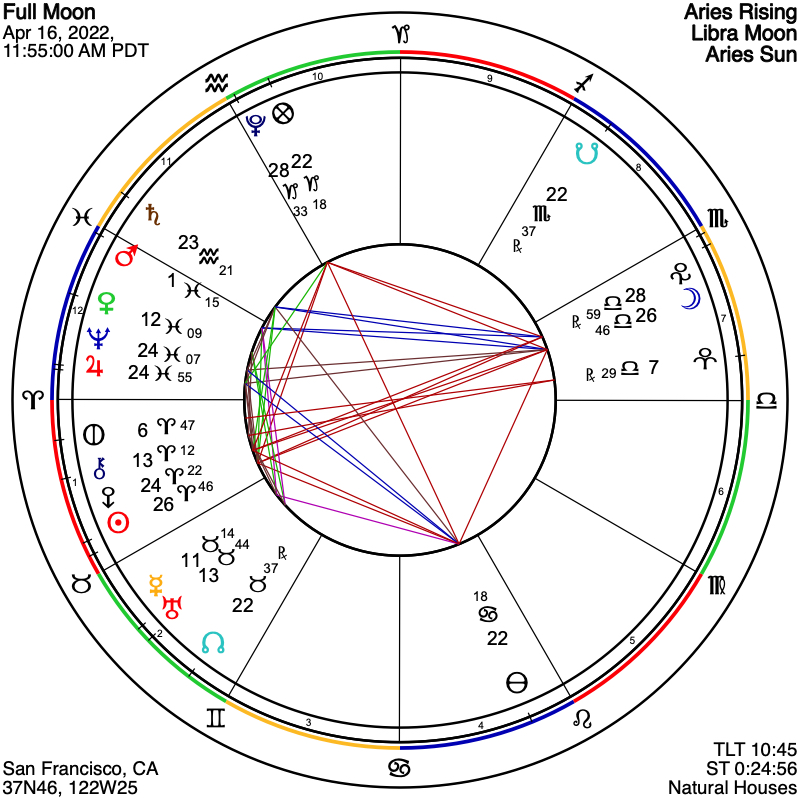