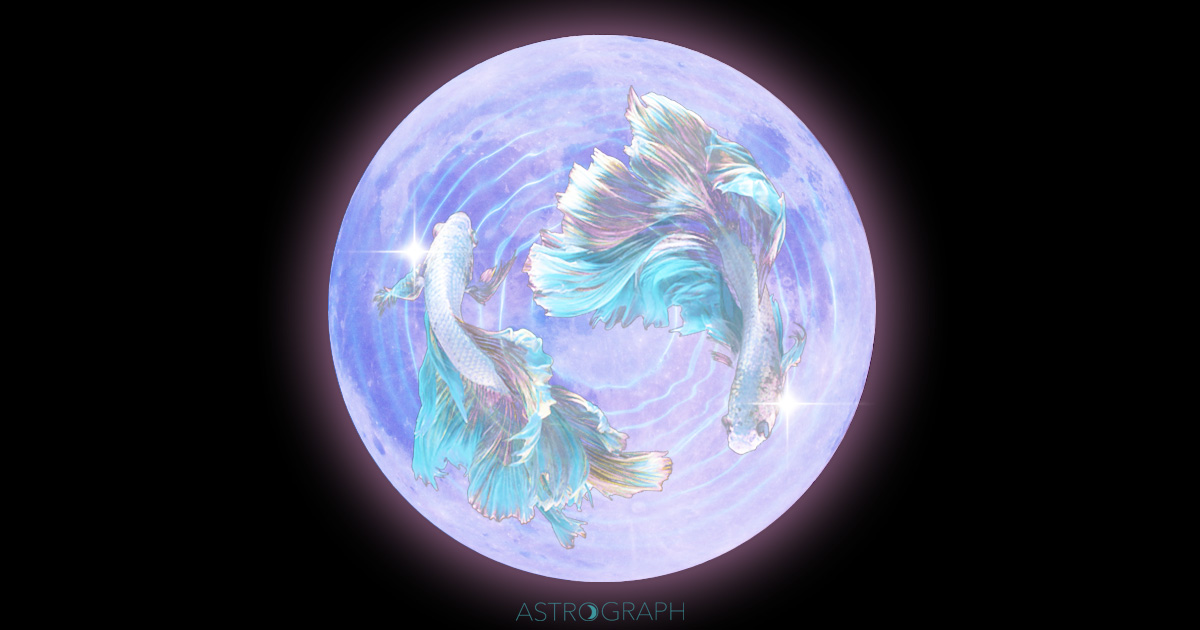 A Significant Full Moon of Investigation, Nature Connection, and Transformation

Posted on September 17, 2021 in Configurations |
By Henry Seltzer for ASTROGRAPH Horoscopes

Monday afternoon’s Pisces Full Moon, taking place on September 20th at 5 PM on the west coast, later evening or after midnight for the east coast and Europe, is another powerful lunation, once again emphasizing transformational Pluto, and also featuring a stationing Mercury , slowing down to a crawl as it gets ready to begin another month-long retrograde period on September 26th. The Moon in the late degrees of Pisces aspects Pluto, Neptune, and Uranus, while the new Nature planets, Haumea and Makemake, are also highlighted in this Full Moon configuration. Haumea is being conjuncted by Mercury as it stations and these two planets are opposed by Eris, making for a close T-square to Pluto from Eris and the Mercury/ Haumea midpoint. As for Makemake, Saturn in Aquarius remains in partile (or same-degree) trine to Makemake in Libra, while Pluto is in parallel. These newly named planets are concerned with our human, all too human, condition, in recognizing our connection to Nature, and to concepts of natural law. This is of course an increasingly important theme as we begin to size up the changes needed in our current culture for it to become more viable. As we enter further into this century’s third decade, we must step up the pace of cultural evolution in these intense times if we are to come together as a society, and indeed if we are to actually survive.

Pluto, Lord of Death, Rebirth, and Transformation, is a fitting archetypal theme for what is happening now, as we, as members of modern society, face the multiple disasters of climate change, political divisiveness, and health concerns in the face of a global pandemic. It is interesting to hear those who identify climate change as the existential threat to livable life on this planet, and who frequently remind us that we cannot judge a radically changing situation by the methods and responses that got us here, state the obvious; as has always been the case, those who try to live by outworn premises are likely to be condemned to the dustbin of history. The rule of Nature is evolve or die, and we are, we must admit, an integral part of Nature, especially in this regard. And that is the significant message of these two new Nature archetypes, that can be shown to indicate a vital connection to both the natural environment and to concepts of right action and right relationship, to an internal moral compass that makes intuitive sense to them, and for an increasingly more aware collective. This is sorely needed now in a civilization that is, as noted Visionary Activist Astrologer Caroline Casey puts it, is busily “lumbering toward the abyss” of non-existence.

We will also want to take into account the retrograde of Mercury, officially to begin on September 26th, but already in the pre-shadow period when, because greatly slowing in its daily motion, Mercury – or our mentality – has already taken a turn toward the introspective. We are in for a period of time when we will be in some ways questioning nearly everything. We will want to be asking ourselves about our big-picture notions of what we are ultimately up to, and how much our current activities are contributing to our desired goals – our eventual end result. And this equally applies to our civilization, faced with vitally important choices now, as well as to ourselves on an individual level. Are we, for example, on track for how we would like to be employed, or for where our income is to derive in future seasons? Are we completely comfortable in what we are choosing to actualize, in this moment, in each and every moment, to be able to rest satisfied in our accomplishments ? For what, eventually, would we like to be remembered in terms of posterity and finality?

That Uranus is currently featured in this Full Moon lunation, being in close semi-square to the Moon, while sesquiquadrate the Sun, indicates that surprises continue to be in store for us this month, as the mid-Virgo lunation cycle – initiated by the recent September 6th New Moon – continues to unwind. That New Moon also featured Uranus is a big way, so that unexpected events and startling revelations have been already one hallmark of this late summer time frame. Hopefully these will serve as awakeners as well as disrupters, giving us the intuitional impetus to make needed changes on both personal and collective levels. It is worth noting that during the volatile 1960s when, it seemed, almost every societal assumption was up for grabs, for re-thinking and re-visioning, we had prominent Pluto and Uranus as identifiable factors in the societal transformation that was then occurring. We are in some ways now in an entirely similar time, and the questioning of assumptions prompted by a potent upcoming Mercury Retrograde will serve us well in this regard. There is a wise way of looking at the timing of strong Pluto alignments and their resulting uncertainty, challenge, and even chaos: do not dwell on the chaos, but await the birth! We might also add, rather than passively wait, the clever thing to do in situations like our present one is that we attempt to get on the right side of history by aligning ourselves to the manifest cultural metamorphosis that we can see coming down. With luck and courage, we can begin to BE the change that we would like to see emerging in the culture, thereby taking back our power just when we need it the most.

Recognizing that our entire future world condition depends in some way upon each of our personal actions, may we continue on our own individual arc of development and not falter in the face of enormous challenge, embracing necessary evolutionary change. And may we thrive. 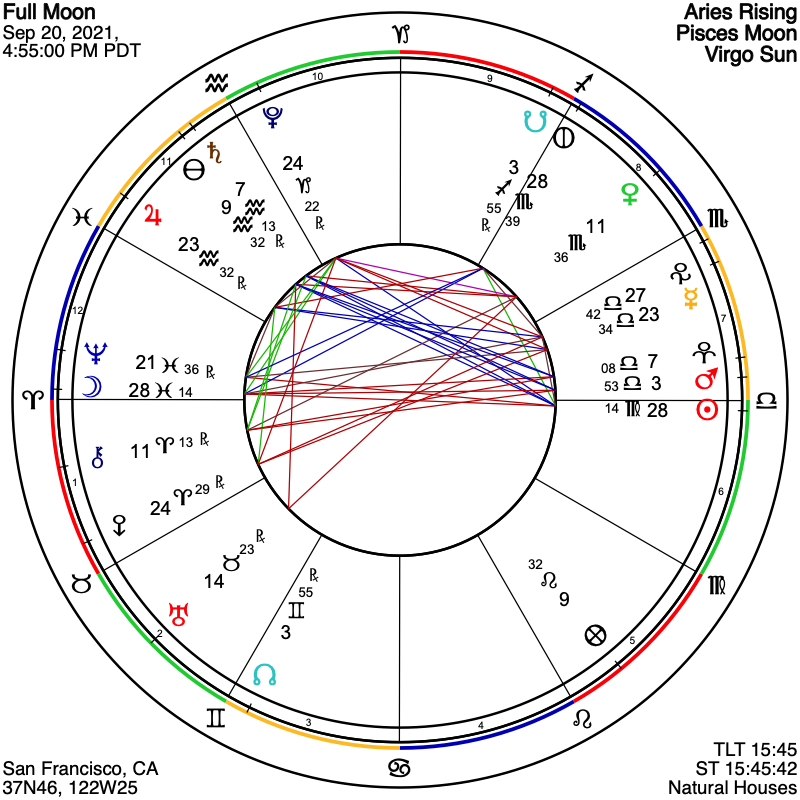