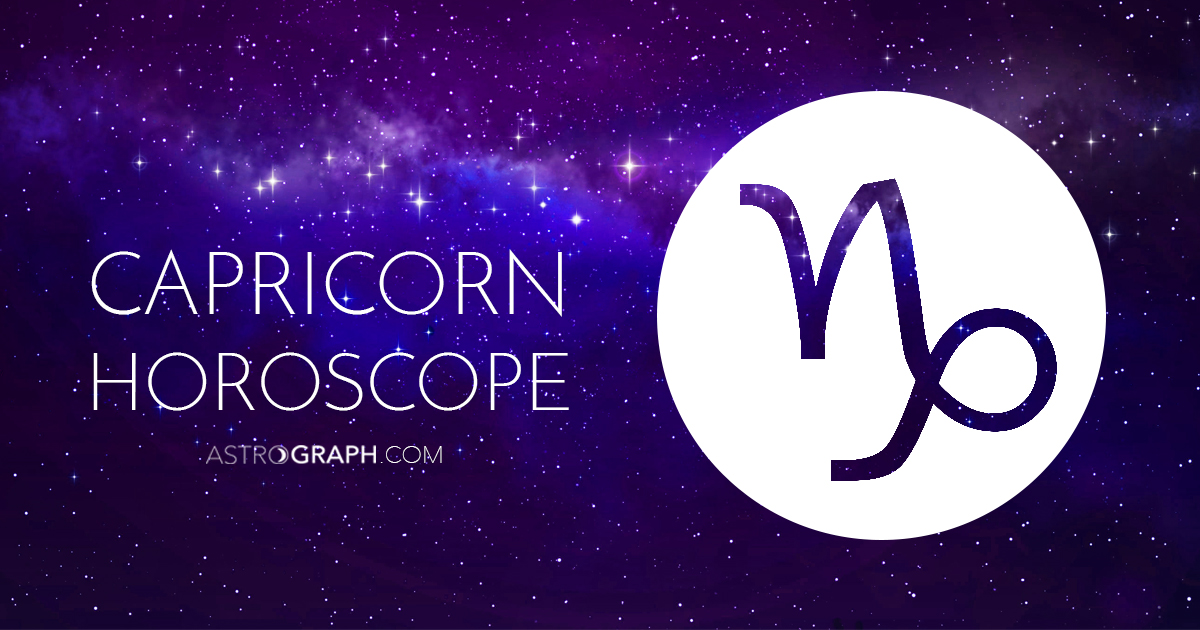 Posted on December 30, 2021 in Capricorn |
By Henry Seltzer and Elodie St-Onge-Aubut for ASTROGRAPH Horoscopes

You have another interesting month of change and growth, Capricorn, as was made especially potent from the last ten days of December, which involved the recent Christmas time retrograde of Venus with transformational Pluto in your sign. Lingering on into the new month and year, this transit is impacted by the New Moon of January 2nd. There is also the powerful retrograde of Mercury, beginning on the 14th, in your sector of resources and finances, and in aspect to the Trickster planetary energy of Uranus in your self-expression sector. Your energy is all over the place and yet there are creative realizations to compensate for that, provided you can stay open to them. The Cancer Full Moon of the 17th brings partners into the picture, providing important clues to your own ongoing evolution, while you are also subject to the push-pull of progressive versus conservative approaches and must somehow choose between. In the year ahead, you will need to stay constantly alert to nuance. All of this is designed to further your own growth in consciousness, and if you can keep that as your focus, the outcome will be true success.


The year begins astrologically with a New Moon in your sign on January 2nd, giving you an excellent opportunity to set your intentions for 2022. The New Moon is in a supportive trine to innovative and forward thinking Uranus in Taurus currently transiting in your creative sector, indicating that it may feel easier to look ahead while letting go of the heaviness of the past year and you might feel clearer about what you want at this time. Progress this month could be made by trusting your inspiration and the emerging and highly original visions you have for a project. This could be a particularly creative period that requires flexibility and the willingness to have faith in yourself and your ideas.

Mercury which rules over communication and trades also enters the sign of Aquarius at nearly the beginning of January, highlighting your sector of finances and resources. Mercury is slowing down and preparing to station retrograde mid-month and has already entered its pre-retrograde shadow. You may be revising your budget or income or reviewing what you bring to the table in other ways; this may be an ongoing process until mid-February.

Venus is still moving retrograde in your sign until the end of January, which could bring a process of refinement regarding what you want. You may be able to adopt a sober and pragmatic approach for things related to your self-image, your relationships, your values, desires and what brings you the greatest pleasure while discarding any superfluous elements that could be weighing you down. January is an excellent time to take care of yourself, your body and focus on your goals.

Venus retrograde joining the Sun on the 8th could highlight the essential and bring an influx of clarifying realizations while the sextile between the Sun and Neptune a few days later may bring just enough inspiration to fertilize your wildest ambitions. Your best attitude at this time may be to approach things strategically and deliberately without making any final decisions. You may feel inspired and it’s an excellent time to make plans and write down your ideas. However, your dreams and objectives for the year ahead may need some more incubation time before they are ready to be launched, so be patient.

On the 14th, Mercury stations retrograde in Aquarius and will be re-entering Capricorn on the 25th and finally stationing direct in your sign at the beginning of February. Mercury moving in retrograde motion through your sector of resources and finances augurs a period of revision related to your income, your values or what you own that might take you to mid-February to complete and fully understand. Take this time to assess your situation without jumping to conclusions as things could change in the following weeks. This is a great opportunity to assess your spending habits and rectify where necessary. Thanks to Saturn transiting in Aquarius until 2023, this period may also highlight a lengthier process that relates to finding greater financial autonomy.

The Full Moon in Cancer on the 17th culminates in your partnership sector while opposing the Sun conjunct Pluto in Capricorn. This may highlight ongoing power struggles or complex relational dynamics you’ve been wrestling with. This culmination process could allow you to see more clearly into the mechanism of a draining scenario and adjust your stance.

On the 18th, there is a changing of the guard when the Nodal Axis enters Scorpio and Taurus, respectively, foretelling the eclipse seasons of the coming spring and for the next year and a half.

The Sun enters Aquarius on the 19th – which may further propel you towards the future or help you adjust your stance financially in the coming weeks. Mercury Retrograde conjunct the Sun on the 23rd could also bring further developments or at least insights related to your resources and income.

Mars enters your sign of Capricorn on the 24th which is good news for you as the red planet could bring to you a renewed sense of vitality and motivation in the coming weeks.

The last full week of January when Mars enters your sign brings much needed traction and should give you an opportunity to clarify your position. You may feel more combative or argumentative and it may be important to keep that in mind while negotiating with others; this is especially so towards the last weekend of the month when Mercury conjuncts Pluto in Capricorn. Your ambitious nature could be at an all-time high but even if you’re right about something you may need to temper a desire to prove your point.

Venus stationing direct on the 29th in trine with Uranus, while the Sun lies in square, brings a surprising and somewhat trying day when many attitudes and relationship understandings could shift. Gradually Venus will gain forward momentum, and much of what had been stalled could finally begin to make sense.