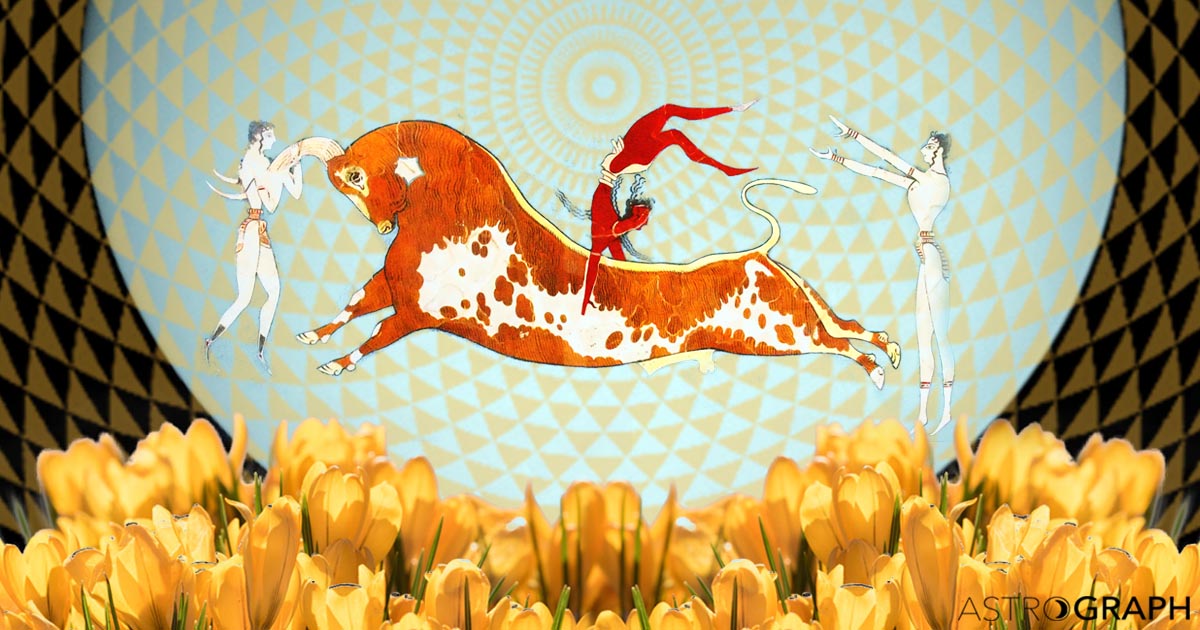 Posted on May 15, 2018 in Announcements |
By Leslie Benson for ASTROGRAPH Horoscopes

Uranus holds a very special place in the solar system as far as we earthlings are concerned. It was the first planet to be discovered after ancient times, and thus marks a symbolic breakthrough into new territory both for our solar system and our collective psyche. In 1781 British astronomer William Herschel was conducting an astronomical survey, and it was actually by accident that he discovered Uranus was a planet (it had been observed by other astronomers, but he was the first to realize it was a planet). The discovery of a more distant planetary body than Saturn, which in past centuries signified the “ring pass not” of the furthest planet, represents an important transition and symbology for human consciousness. Uranus was named after the Greek God of the sky, also sometimes known as Father Sky, in another nod to his symbolic kindred nature with Gaia, or Mother Earth. Uranus spends about seven years in each sign, and has come to be recognized by modern astrologers as the trickster archetype, representing revolutionary periods of necessary breakdowns and breakthroughs. Some astrological themes that are related to Uranus are: unexpected or sudden events, ingenious innovation, technology, freedom, and liberation from previously known limitations.


Another way of looking at Uranus’ symbolism is as a process of awakening and revelation. This is the idea that there’s always a latent potential waiting in the wings to enter into consciousness, only requiring that mysterious recipe of timing, attention, and synchronicity allowing opportunity to slip into the side door of our awareness. I often liken this to what happens when trying to solve a tough problem or puzzle. You work away at it, trying this and attempting that, turning it over and over in your mind. You eventually realize that it’s just not working, and you are tired, so you take a break. You lay down for a nap, or make a sandwich, zone out for a while, when BAM! As you were least expecting it, the solution comes zooming out of the ethers and into your awareness by a process of deep intuition. That’s a Uranian moment.


As Uranus enters Taurus, a sign of stability, comfort and finances, there could be considerable shaking up. This unpredictable archetype will begin to touch the physical, tangible resources of our planet. We could see wild innovations in the food industry and in the distribution of resources, waste management, or our economic systems. Cryptocurrency has been a hot topic lately and perfectly represents Uranus in Taurus. Another quite visible sign of the times might be innovations in the fashion industry. For another extrapolation on this symbolism, it may well be that the impetus for innovation and breakthrough will stem from the very breakdown of the fabric of society that precedes this moment in time; great difficulties inspire high levels of problems solving. In this second decade of the 21st century, the current rate at which humans are creating and consuming is astounding, while the bi-products of waste and toxins is mind boggling, and steadily worsening. Perhaps the movement of Uranus through Taurus will lend its symbolic genius to help us as humans to consume and create more responsibly and to employ more sustainable long-term solutions.


Uranus’ ingress into Taurus could also signal a shift in how we approach more intangible values in the collective culture. Aries is all about “who am I?,” and shifting to Taurus becomes about “What do I value, and how am I contributing?” Perhaps these next seven years can be about how we each value ourselves as humans, and proceed toward getting more clear and aligned about how where we place our energy and attention. Maybe we’ll start to get tired of our lives getting sucked away through endless social media scrolling or chasing empty satisfaction, as we are stopped in our tracks to consider what it is we TRULY value. Perhaps we will begin to recognize that in many ways we don’t own our technology but it is our technology that owns us, and begin to re-evaluate how we spend time on our phones and devices. As big data becomes more and more valuable to those who wish to sell us things, perhaps we’ll begin to see just how much we’ve given and at what cost to our privacy.


Uranus has been likened to electricity or lightning. When seen in this analogy, we can surmise that it possesses a very powerful energetic current, one that wants to complete a circuit and generate cosmic connection. What else does lightning want? It wants to find the most efficient path to ground. In this way, symbolically, Uranus represents the innovations, epiphanies and potentials that through the lens of human consciousness find their manifestation in form. When ruminating on the Uranus archetype, the phenomenon of “simultaneous invention” also comes to mind, where new inventions or discoveries are made independently and yet more or less simultaneously. One famous example of this was when Alexander Graham Bell and Elisha Gray filed for patents for the culture-changing telephone on the very same day in 1876, a day when the Moon was conjunct Uranus and in aspect with the Sun. This example also shows how, with Uranus, individual human consciousness intuitively interfaces with the collective ethers to bring forth new ideas into the world.


Uranus’s orbital period is 84 years, so that he spends about 7-8 years in each sign. On May 15th, 2018, he will transition from the Cardinal Fire sign of Aries (where he’s been since 2011) into the Fixed Earth sign of Taurus. He will however just dip his toes in for six months before retrograding back into Aries on November 7th. From there after finding direct motion again, he will return to Taurus on March 6, 2019, where he will then stay through to April of 2026. The Taurean archetype speaks of the gift of endurance and labor, symbolized by the Bull that helped human agriculture to flourish and prosper. Its mode is fixed, so that it is not quick to change, and it’s element is Earth. Taurus is also about land, and the material form and physical reality in which we find ourselves, as well as values and a sense of security, and all of these themes will witness a shake-up over these next eight years.


We are all being asked to realign our values to that which is more sustainable and of service to the earth, and each other. In your personal astrology, it may be a good idea to look at your chart (or have an astrologer look for you) and take note of what house Uranus currently is in, and the planets or points you have there. This area of your life, as the great trickster planet touches it, may be a source of big surprises or jump-start you into a needed overhaul of some kind. This could be either tragic or tremendous – no telling – or perhaps even hardly noticeable until you look back years from now and see how much has changed… but one thing is clear: it will be fascinating and exciting to watch and experience! Make way for the rowdy revolutionary. Enter Uranus into Taurus!