Save on all Astrology Reports & TimePassages Desktop Apps & Add-Ons 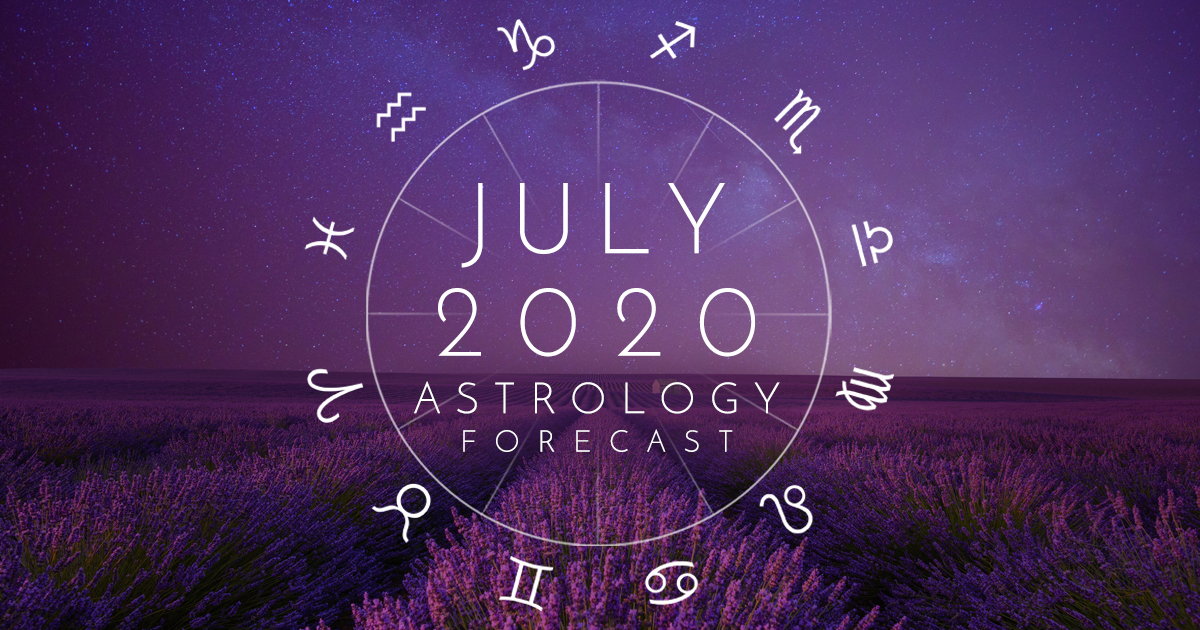 A July Month of Facing Reality and Rising to Its Challenge

Posted on June 30, 2020 in Overviews |
By Henry Seltzer for ASTROGRAPH Horoscopes

The month of July brings along with it further transformation, as indicated by the ongoing T-square to Pluto from new planets Eris and Haumea, in opposition. They aspect by partile square alignment the tight Jupiter-Pluto conjunction at 24 plus degrees of Capricorn. Eris represents a Feminine Warrior archetype in support of soul intention, as well as taking individual responsibility, very fitting in the current social context where each individual has to contribute to either the solution or else the problem. Haumea, less well understood, represents profound connection to Nature, and to natural law, as has come up recently in the worldwide protests for equality in criminal justice.

Additionally, we have the recent solstice eclipse New Moon, at 0 degrees of Cancer, a configuration that serves as an indication for the final six months of the year. This showed a continuing powerful presence of transformational Pluto, the Lord of Death and Rebirth, and of limiting Saturn. Pluto was opposed by the eclipse Sun and Moon, by sign, and the eclipse degree made a partile inconjunct (quincunx) aspect to retrograde Saturn, at 0 Aquarius, bringing limitation and structural societal change firmly into the picture. This is just as Saturn is preparing to slip backward into Capricorn, there to join Jupiter and Pluto. These planets are stationing to direct motion next September and October, as they work their way back toward their triple conjunction with Saturn that is taking place in mid-November. All this Pluto/Saturn/Capricorn energy reminds us that the immense societal metamorphosis of this climactic year of 2020 is still underway, including the ongoing battle against the pandemic. This, as also the civil rights crisis and the business slowdown continue, and as the Covid situation appears to worsen, dashing hopes of a quick economic recovery.

As indicated above, both Saturn and Pluto once again stand out in the cosmic stew that presents itself to us, with minor variations, during all this year of change. Pluto is the focus of the Eris T-square described above, while Saturn, closely aspected by the eclipse degree from ten days prior to the beginning of July, remains prominent as well. These two were in precise conjunction in the timing of the January 10th lunar eclipse that began the year, coincident with the January 7th recognition that a novel coronavirus had arisen and needed naming. Now, nearly six month later, as Covid has ravaged all the nations of the world, in the current astrological configurations that signal prominent Pluto and equally prominent Saturn, we can see a resurgence of the virus. The smart move by states with rising infection rates would seem to be that they pull back on reopening the economy, as painful as that revised approach might prove to be.

Another difficulty coming up these days is indicated by Mars moving into its own home sign of Aries, thereby squaring the eclipse degree of 0 Cancer. Indeed, over the final few days of June, when this aspect has been in effect, and when also Saturn remains on the 0-degree mark of Aquarius, before slipping backward into Capricorn, we have seen an even greater surge, and greater necessity for social distancing measures being hammered home to skeptical decision makers. This might also clue us in that another time of relative trial awaits us when Mars reaches the Eris degree of 24 Aries, in mid-August, with Eris still in square with Pluto. The Red Planet goes on to retrograde on September 9th, and then, somewhat ominously, there is another retrograde hit of transiting Mars to transiting Eris as Mars returns to the Eris degree by October 4th, just as the cold weather sets in, and the normal flu season begins.

In the current month, the July 4th lunar eclipse, the Full Moon moment following up 14 days after the solstice eclipse of June 20th reveals a fascinating detail, in that the Sun is closely parallel Pluto, thus indicating that further transformational effects are in the offing for us as the month continues to unfold. The Full Moon Sun sextiles Uranus, also aspected in the solstice New Moon from last month. Because the July 12th and the July 20th lunations additionally aspect Pluto and then Saturn, we do have plenty of evidence in the entire July picture for a continuation of massive structural change, and further outbreaks.

On a personal level, we all have the mandate to individually manage our own psychological-spiritual development, in order to become the most authentic version of ourselves that we can muster. This is indicated as well by the presence of Eris and Haumea in this ongoing T-square, active through November of this year. As the dire situation in which we find ourselves in these fraught times continues to remind us, we are, all of us, very much bound by circumstance in the midst of this ongoing cultural crisis. Only when we can fully subscribe to what uniquely drives us, from deep inside, will we truly be free.

The Astrology of December 2021 The Sun is in Sagittarius

The New Moon is in Sagittarius, Enters Capricorn 3:31 am Next Mercury Retrograde
Jan 14 - Feb 3 Other Announcements
Last updated December 5, 2021