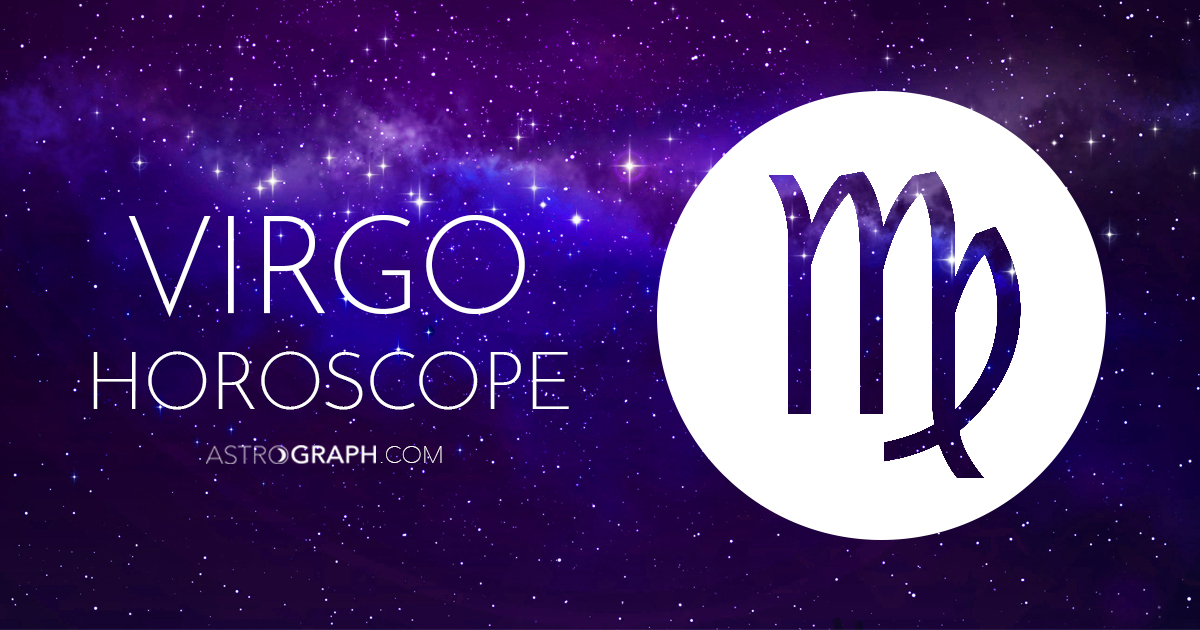 Posted on July 30, 2021 in Virgo |
By Henry Seltzer and Elodie St-Onge-Aubut for ASTROGRAPH Horoscopes

This is an active month for you Virgo, symbolized by the presence of Mars in your sign – as you enter another climactic time of change. Much of your actual attention is centered, however, below the level of conscious understanding, deep within the inner reaches of your psyche. This affects your worldview, rapidly evolving in an atmosphere of radical newly-enlightened awareness, and also your relationship dynamic, which has a blurry sense of unreality that might have the effect of confusing you. This nevertheless paradoxically rings true when you delve beneath the surface of events and half-close your eyes to see. As the Grateful Dead lyrics go, it really is true that “once and a while you can get shown the light/ In the strangest of places if you look at it right. Through these deep-diving explorations of what is beneath the more normative layers of your personality, you are transforming in your creative self-expression, and in your very sense of your own identity. Difficult as it might be, your salvation lies in accepting all this as valid departure from more ordinary logic, allowing the mystery of your existence to simply unfold.

The recent Cancer New Moon of last month, from July 9th, was an active one for you, hitting your sector of group activity and societal interaction, a focus that is still part of your energy pattern for the first week of August. There were also implications for a strong dose of inner work that crept in just before the current month began, when also your service sector was highlighted. You might be coming closer to understanding a fragment of your true mission for this lifetime, as you dig a little deeper beneath the surface layers of your psyche.

On August 1st, itself, there is a Mercury Cazimi in the sign of Leo which may find you caught in a moment of deep introspection. A Mercury Cazimi is when the planet Mercury passes in front of the Sun and is said to be ‘’sitting on the royal throne.’’ This aspect is thought to be a moment of purification for topics of the sign and house where the Cazimi takes place, in your case, the inner world of your unconscious. You might be more aware than usual of some inherent patterns that dictate your behavior from below. Your inherent blind spots may be becoming a trifle more obvious to you at this time and it could therefore be harder to ignore them. Both Mercury and the Sun oppose Saturn at the time of the Cazimi which may also highlight a connection between your physical reality and your emotional well-being. It could perhaps be that something you have been trying to ignore could be affecting you more than you thought. You might exhibit at this time an overly rigid approach to your routine and your health that doesn’t leave much room for flexibility.

This transit could also relate to perceived feelings of criticism coming from an internal voice or from someone else that have left you feeling helpless. This feeling of helplessness, however, is not meant to last and the Mercury Cazimi at the beginning of August could also help you untangle and integrate deep-seated insecurities. The Leo New Moon is likely to bring new momentum and renewal to your internal landscape. You may feel ready to acknowledge your need for love and support more consciously.

The internal narrative that is changing at this time could also be reflected by external circumstances. Venus transiting in Virgo could symbolize softening your hard edges to bring a positive influence in your relationships. Venus opposes Neptune in Pisces from the time of the New Moon, and during the second week of August, and this could bring up romantic thoughts or daydreaming about love or other pleasurable fantasies. It is also a good idea to keep in mind that you are also quite empathic at this time and may have a greater tendency for selfless action. You could on the other hand be imbued with both detachment and a blind faith that might make it harder to assert your personal boundaries, perhaps coming to realize you have been over-extending yourself once the aspect is past.

Mercury enters your sign on the 11th where it will transit until the 29th and this could help you discriminate and organize your thoughts around what you want. You may also experience a more critical voice arising within you while Mercury transit in Virgo. Finding a positive outlet for your mental acuity will ensure that your ability to zoom in on what is not working is used proactively at this time especially around the third week of August when Mars conjuncts Mercury. This is an excellent time for work that requires sorting out and organization. However, you may alienate yourself or others with your pickiness or your inability to compromise on the smallest details.

A second Full Moon in Aquarius takes place on the 22nd, the first one having occurred 30 days back, in late July. This Full Moon is conjoined to Jupiter in Aquarius in your health and organizational sector, shining a light on your body and your habits. This period of integration may highlight a resolution you had made at the beginning of the year and how far you’ve come with its implementation. It may be a good opportunity to acknowledge your persistent efforts and the progress you have made.

The Sun leaves Leo and enters your sign a few hours after the Full Moon, signaling greater vitality for you. During the time when the Sun energizes your sign, over the next 30 days, you will feel invigorated and more socially present with other people. This is also the beginning of a new solar year for you and a great time to reset your stance regarding what you want.

On the 23rd, Venus transiting in Libra highlights your values and the resources available to you while a trine from Saturn in Aquarius may also help you sort the wheat from the chaff.

On the 23rd also, Mercury in Virgo opposing Neptune in Pisces could throw a curveball for your carefully laid plans. This could be in relation to asking an opinion from a partner or perhaps in trying to involve someone else in what you are up to. No one can tell you what’s right for you; it might be easier to rely on yourself alone when making important decisions right now.

You must at some particular point or other dig at the core of your passion to more fully understand your desires; this could be the perfect time to do so.