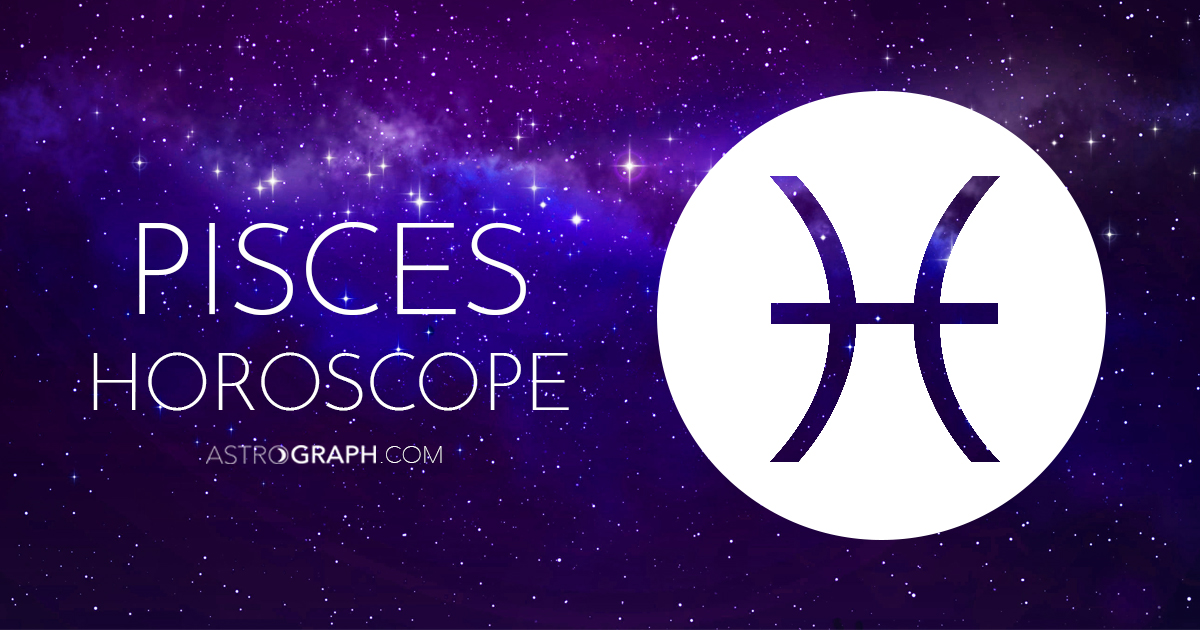 Posted on June 30, 2022 in Pisces |
By Henry Seltzer and Elodie St-Onge Aubut for ASTROGRAPH Horoscopes

This is another significant month for you, Pisces, beginning as it does with the recent New Moon in Cancer, representing the sector of your own creative self-expression, and making a chime with issues of identity and self-concept that have recently been up for you. There is also a strong presence in this New Moon of Jupiter, your co-ruler, located in your sector of values, resources, and finances, reinforcing an ongoing theme there of focusing in on your bottom-line principles and beginning to act exclusively from these. You are engaged in an investigation of your own true nature, unadulterated by the ups and downs of life on a contentious planet or the vagaries of consensus thinking. This colors your evolving concept of your prospective path, and outlines where you can be of help in a rapidly morphing society. You are getting clearer that the clues to your way forward lie within you. In truth, if you go down deep enough – into the hidden layers of your psyche – you will find your own Higher Self, which speaks to you in same voice as that of God or Goddess.

The New Moon in Cancer from the end of June begins the month, astrologically speaking, introducing the thirty-day lunation cycle that follows. This cosmic juncture could ignite your passions and bring renewal for artistic projects, self-expression or romantic potential in the following weeks. You could also feel compelled to create sustainable avenues where you could use your creativity to bring financial gains. There may be a way to feel deeply connected to what you do and it could begin with aiming a little bit further, especially if you’ve been undervaluing your skills more recently. In July, your desire for autonomy could come to the forefront especially if you feel pressured by the demands of the world.

Mars in Aries squaring Pluto in Capricorn, culminating on the 1st, is an intense aspect that could highlight power dynamics at work or an intense desire to prove yourself at this time. You may be looking for recognition for something in which you have invested a lot of energy although that may not come as easily as you would like. The focus this month could be on your own personal sense of pride and not so much on what others think of you. It may be a time to shine your light forward and trust yourself and your vision.

On the 4th of July, Mars enters Taurus and Mercury enters Cancer potentially boosting communication and your own self-expression in the coming weeks. Even though Mars in Taurus is said to carry a more stubborn edge, it could feel increasingly easier to express yourself. As for Mercury transiting in Cancer, it may help in softening verbal exchanges and bring heartfelt connections with others.

The First Quarter Moon in Libra on the 6th is receives a trine from Venus in Gemini and opposes Chiron in Aries with the Sun in square, which may bring a contemplative influence into the second weekend of July. You may find yourself inspired by something taboo or secret that challenges your values and it may be a good time to pay attention to dynamics that lie under the surface. The Sun in Cancer squaring Chiron in Aries on the 7th and 8th may bring up raw emotions in order to be processed and it’s a good opportunity to do so. During this second weekend of July, you may be called to use empathy towards others or even yourself, and healing is available when vulnerabilities are acknowledged.

The Full Moon in Capricorn on the 13th is a complex configuration as many aspects are contained within it. Uranus in Taurus brings a supportive influence to both the Sun with Mercury in Cancer and the Moon in Capricorn, which may allow for fast paced evolution and ingenious ideas to emerge. However, with Mercury in Cancer squaring Chiron in Aries on the 12th, vulnerabilities continue to be highlighted. You may at once feel moody and introspective while still having to put yourself out there, thanks to the Full Moon in Capricorn culminating in the social sector of your chart. You may have to compromise between a desire to retreat into your own world versus having to show up and assume your responsibilities within a group.

Things could settle by the third weekend of July and a much quieter influence permeates the second half of the month. Mercury conjoins the Sun in the nurturing sign of Cancer on the 15th and 16th, linking mind and soul, which may allow for some clarity to emerge. Things related to children, self-expression or romance that had felt ill-defined may come into focus in a way that makes sense not so much in your head, but in your heart. The Sun in Cancer is also applying to form a supportive trine with Neptune in Pisces, on the 17th and 18th, which may bring up a poetic and soulful influence that helps you make peace with something. This could be a good period for romance and creativity especially with Venus, the planet of love, entering the sweet waters of Cancer on the 17th.

Mercury in Cancer opposes Pluto and the Sun follows suit on the 18th and 19th respectively, which may bring an edgier influence not so much for you, Pisces. You could especially feel it from others around you. People could be easily agitated and you may have to contend with more intensity at this time, which may not be necessarily a bad thing if it is channeled properly.

Mercury enters Leo on the 19th and the Sun follows suit on the 22nd, bringing attention to the part of your chart that relates to your daily habits and routine. You could become increasingly busy in the coming weeks and may have to find ways to manage your time more efficiently. A supportive trine between Mercury in Leo and Jupiter in Aries on the 23rd could help get the ball rolling on something.

On the 25th and 26th, Mercury squaring Mars in Taurus a few days later highlights pre-existing logistical issues that might have to be dealt with before you can move on.

The Leo New Moon takes place on the 28th signals the beginning of a fresh cycle for organizational matters. You may have to think long and hard about what you are trying to accomplish in order to sort out the essential from the superfluous. You are more focused than ever on your mission of service to others as a significant aspect of your goals.