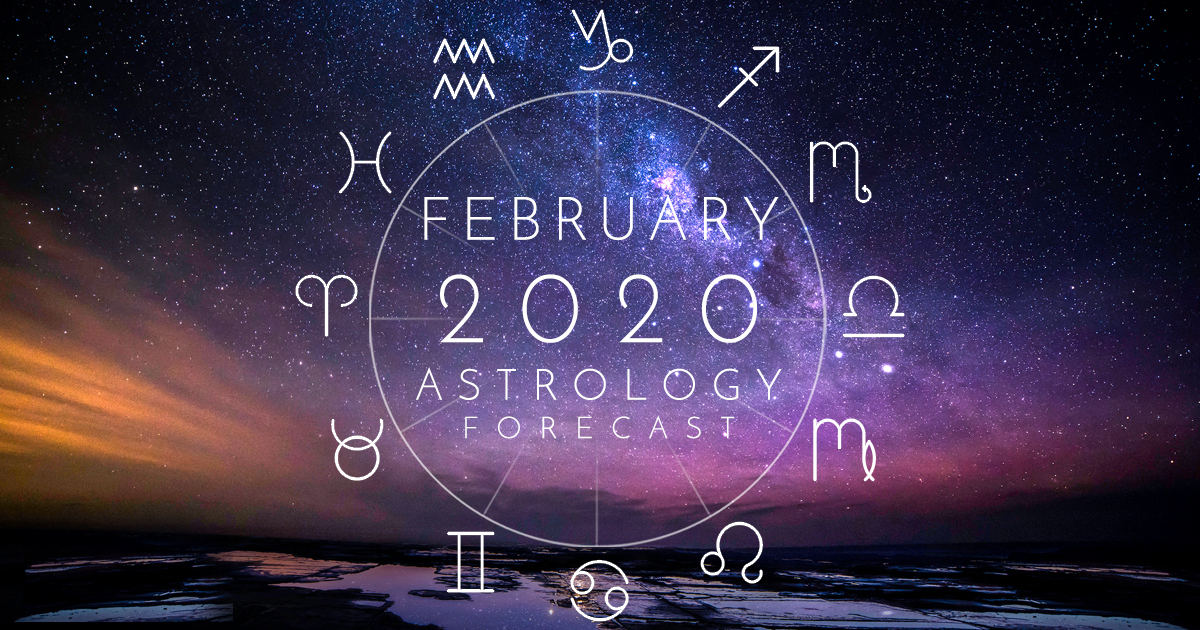 A February Month of Post Intensity Aftermath and Spiritual Connection

Posted on January 31, 2020 in Overviews |
By Henry Seltzer for ASTROGRAPH Horoscopes

The Astrology of February is powerful although in quite a different way than the equal potency of recent months, because Saturn-Pluto is no longer forming, but fading temporarily from its maximum strength that it reached in mid-January. Don’t worry, though, this combination of powerhouse planets will come roaring back in mid-November, joined by Jupiter, in a rare triple conjunction that has had astrologers speculating for months about what it might mean. Instead, for this month of fuzzy February, we get Neptune and Uranus in combination, a far different linkage of archetypal energies heralding a softer focus, lightening-like full-on charges of intuitional information, and a predilection for what lies beyond the physical plane of 3D everyday reality that we can see and touch, bringing in castles-in-the-air fantasies and otherworldly realties so that we may attempt to grasp these with our feeble rationality orientation. The reason that Neptune is so prominent this month is because in the New Moon from January 24th that began the February cycle, this compassionate archetype of One-ness is aspected by Venus in conjunction, Mars in square, the Sun and Moon in semi-square from one side and Uranus in semi-square from the other. The Aquarius New Moon is thus square to Uranus with Neptune at the midpoint, bringing these two transpersonal archetypes into great prominence during February. Saturn and Pluto are highlighted still, but that combination is finally separating. All in all this is an extremely interesting combination of outer planets, with the inner planets also participating, including Mercury, which is linked to Venus and Mars, and therefore Neptune, in this New Moon timing. Mercury is about to enter Pisces as the month begins, and turning retrograde there on February 16th for the remainder of the month and almost all of March.

The month of February begins with a First Quarter Moon in trine with Jupiter – and widely aspecting Neptune – so that should allow the month to kick off with a nice dose of optimism amidst prominent Neptune and the relative chaos of Saturn-Pluto in square with Eris. This remains a transformative period of time, when we are perhaps only beginning to recognize the magnitude of the changes that we are currently engaged in. We will have a reflective month of February, and of March, to begin to gain greater insight as to what we are really up to. The potent Leo Full Moon of late evening February 8th/9th makes a grand trine with Mars in Sagittarius and Eris in Aries, which could indicate a renewed determination to walk your actual walk, along the lines of your actual talk, responding in depth to the subtle stirrings of your profound soul intention. Simultaneously with the Full Moon, Venus in close forming conjunction with Chiron further ensures depth of inner connection, and a greater awareness of the hidden places within your psyche that are the residue of early childhood trauma, still floating through your present-day existence as complexes of behavior and unwanted dysfunctional habit patterns that your Higher Self is desiring to move beyond, bringing these walled-off parts into the light of greater conscious awareness.

This is a big assignment, this month’s astrological promptings, and yet the eventual result, after weeks, might well be worth the struggle to arrive there. When Mercury turns retrograde on the 16th, just as Mars slides into Capricorn, the sign of his exaltation, it makes for an important episode of introspection and healing. Mercury changes to direct motion on March 9th and escapes its retrograde shadow on March 30th, and all these six weeks count as more inner than outer, more for research than for leaping ahead with entirely novel plans, and definitely not a time to “push the river” but rather to ride it out.

Finally, as we attempt to come into the most authentic versions of ourselves that we can muster, over the course of an intense couple of months leading us into the springtime of this climactic 2020 year, we will want to note the elevated presence of the new Nature-oriented “dwarf” planets of Haumea and Makemake which are once again becoming more greatly highlighted in February, and in the coming spring-season skies, including Earth Day, indicating that there will be a great deal of attention paid in coming weeks to earth issues and, specifically, to climate change activism.