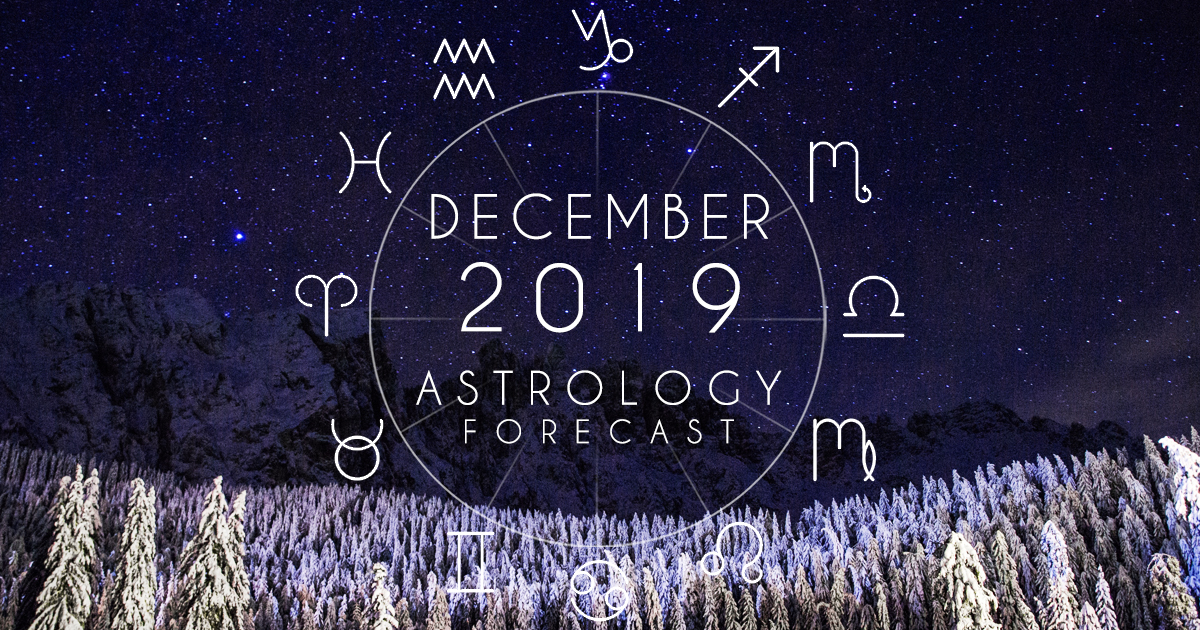 A December Month of Structural Transformation and New Horizons

Posted on November 27, 2019 in Overviews |
By Henry Seltzer for ASTROGRAPH Horoscopes

The Astrology of December features Saturn, Uranus, Pluto, and Eris, based on the recent Sagittarius New Moon from November 26th that started off the current astrological month, indicating another time of profound change and unexpected enlightenment. Uranus is aspected by the Sun and Moon in this potent lunation, while Mars opposes Uranus directly. What does this strong presence of Uranus imply, especially with Mars, for this time? And we are speaking of the thirty days of the primarily Sagittarius lunation, leading up to the December 25th Solar Eclipse. For one thing, accidents are possible. Uranus moves fast and opposite Mars, we move fast as well. The caution is to proceed with just that; extra slowness and attention to detail is recommended all through the month of December. The upside of all this Uranian emphasis, this “freedom from the known,” is that we can find new ways to think about familiar situations. Our intuition is highlighted, leading us fitfully into new insights and realizations. Strange and surprising events will very likely transpire, so that we do well to recall the line from Grateful Dead lyricist Robert Hunter, who passed away this past year, from Scarlet Begonias: “Once in a while you can get shown the light/ In the strangest of places if you look at it right.”

The other remarkable configuration of this recent New Moon, and throughout the month, is that Saturn and Pluto have drawn quite close together, presaging their exact conjunction on January 12-15, 2020, coming right up. This implies massive structural transformation, and, with Uranus also magnified, increased polarization within the collective – as though that were even possible. According to noted astrologer Richard Tarnas, who explored this in his seminal Cosmos and Psyche, the Saturn-Pluto combination of archetypes also implies “conservative empowerment,” and we are seeing quite a lot of that as well. For individuals, we each must recognize that transformation is upon us. Some things that we have grown used to will have to be left behind, as the wrecking ball clears away the old structure to prepare for a new one. We can go slowly and reluctantly, or kicking and screaming, or easily, gladly, but go we will, and we will ll just have to get used to the idea.

Venus is newly entered into Saturn’s own sign of Capricorn, and this, too, is good for business, including the business of getting on with our spiritual and psychological development. In the timing of the December 11th Full Moon, in fact, Venus will be perched directly between Saturn and Pluto which by that time will have come to within 2 ½ degrees of each other, and she might feel the pinch! This dynamic Full Moon, also featuring an exact Mars-Neptune trine, will be a significant and perhaps difficult juncture. Neptune implies vagueness in the material plane, and unsteady motivation, also spiritual urgency to be getting on with individual development that is aimed higher than the normal flow of schedules and events. With Venus at the 20-degree mark of Capricorn, between Saturn and Pluto, you might want to think about where that 20-degree mark of any cardinal sign hits your chart; that is the signs Aries, Cancer, Libra, and Capricorn. Also to consider, where is your Venus? This Full Moon is difficult, yet also joyous, as we celebrate leaving the past behind.

The Gemini Full Moon, opposite the Sun in Sagittarius, also speaks to the axis of curiosity, learning, knowledge and wisdom. We might want to recall as well that the fifth degree of Sagittarius, where the recent New Moon from late November originated, has the Sabian Symbol of “An old owl up in a tree,” another emblem of wisdom.

Finally, it is important to note that Eris, at 23 + degrees of Aries, closely squares Saturn-Pluto this month, just as it will in mid-November, 2020, when the triple conjunction of Jupiter, Saturn, and Pluto presages deep unrest as well as continued intense societal transformation. Eris represents a Feminine Warrior energy for standing up for principle, no matter what, speaking truth to power (like Greta Thunberg, exemplar of this archetype) and fighting as hard as need be for your innermost values. This is a necessary quality for us all to espouse and enact, to the best of our ability, as we head into the maelstrom of 2020.